Why Australian investors consider Vietnam as a large and potential market?

The impacts from free trade agreements that both Vietnam and Australia are members would open up new opportunities to attract Australian enterprises to do business in the country.

Vietnam’s market is seen as of a high potential for Australian companies that are looking for possible investment destinations in the near future.

Dr. Uwe Kaufmann, research discipline lead at the Australia Institute of Business, gave the remarks at the virtual conference discussing solutions to strengthen trade-investment relations between the two countries on December 22.

Related: How to register a foreign invested company in Vietnam

Kaufmann referred to a recent survey assessing Vietnam’s investment and business environment from Australian FDI that revealed only 17% of the respondents consider the market to lack potential.

He also rebuffed the geographical distance or the lack of quality of labor force as main reasons for hindering Australia’s FDI in Vietnam, with only 8% noting “Vietnam is too far” and 17% seeing the “productivity and quality of Vietnam’s labor force do not meet the needs”.

On the contrary, Kaufmann said the “Troublesome administrative procedures and bureaucracy” and “Corruption” are considered the two greatest issues of concern for Australian firms operating in Vietnam at 67%.

“These are particularly important, especially as investment laws and policies [81%], as well as administrative procedures [76%], are at the top of factors in Vietnam’s investment environment that have a great influence on Australian businessmen’ investment decisions,” he said.

In this regard, Director of the WTO Center and Integration under the Vietnam Chamber of Commerce and Industry (VCCI) Nguyen Thi Thu Trang noted Australia currently ranks 19th among countries/territories having investment projects in Vietnam, with the number of projects accumulated to November 20, 2021, of 545, or 1.6% of the total, for $1.94 billion, or 0.5% of the total value.

READ MORE:  Thirteen out of 63 provinces in Vietnam have not seen any new COVID cases for the past 14 days

According to Trang, the figures remained modest given the fact that Vietnam was among the top 20 countries attracting the largest FDI in 2020 and Australia in the top 15 largest investors.

Related: Register your company, bank account in Vietnam as foreigner even without a visit

As of December 20, 2020, Vietnam attracted a total of $384 billion in FDI, while Australia’s outbound investment value amounted to $627.3 billion during the period.

Trang, however, expected the bright prospects for higher growth in Australian FDI to Vietnam, especially as both are members in three free trade agreements (FTAs), including two new-generation trade deals of CPTPP and RCEP, and the remaining is the ASEAN-Australia-New Zealand Free Trade Area (AANZFTA).

“The impacts from these three FTAs along with 12 others that Vietnam is a part of would open up new opportunities to attract Australian enterprises to do business in the country,” Trang said.

Echoing Trang’s view, First Secretary of the Australian Embassy in Vietnam Charles Thursby-Pelham mentioned the recent launch of the Vietnam-Australia Enhanced Economic Engagement Strategy (EEES) as a key step for both sides to bolster economic cooperation.

This is especially significant as the EEES highlights the importance of strengthening the rules-based global trading system as the basis for open international trade and working together to address economic challenges and coercive economic practices, he added.

Taking a deeper view on the EEES, President of the Australian Chamber of Commerce in Vietnam (AusCham) Simon Pugh said the Strategy is a welcome move as both countries share commitments to trade liberalization and economic connectivity.

READ MORE:  How Vietnam could produce over 54 million mobile phones in the first quarter of 2021?

“The deal would help both countries take advantage of emerging market opportunities in energy and the green economy amid economic recovery from Covid-19,” Pugh said.

Pugh singled out the education, energy, agriculture-forestry-fishery, manufacturing, tourism, science, and digital economy as key sectors that both sides could strengthen cooperation in the post-pandemic period. 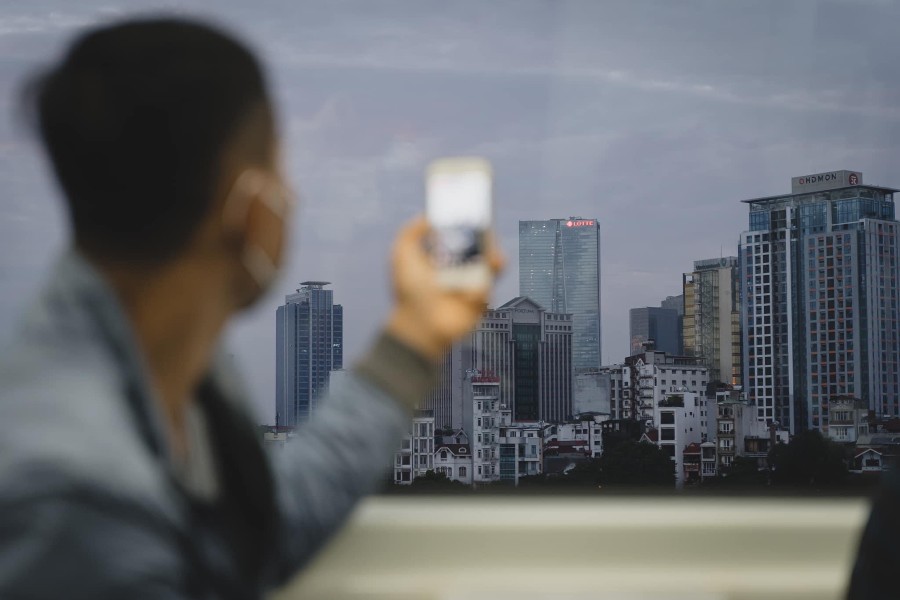 To further take bilateral economic relations to the next level, Kaufmann from the Australia Institute of Business called for Vietnam to push for a comprehensive public sector and domestic reforms aimed at securing a business- and investor-friendly environment, while acknowledging and timely addressing investors’ concerns.

This comes from the fact that while the country may have eased conditions for market entry, the lack of effective policies in other fields, such as protecting minority investors or resolving insolvency, is making it hard for businesses to operate, Kaufmann said.

Kaufmann also stressed the necessity for the country to soon implement commitments made under trade agreements to realize the trade potential.

“Local authorities are expected to provide investors with up-to-date, easily accessible information about laws, regulations, and opportunities,” he suggested.

Nguyen Anh Duong, head of the Macroeconomic Policy Department under the Central Institute for Economic Management (CIEM), added the utmost priority for Vietnam at the moment is to ensure effective pandemic control and lay the foundation for speedy economic recovery.

“Vietnam should accelerate the implementation of the economic recovery and development program so that the country is not out of step with the regional recovery efforts,” he said, noting focus should be on promoting healthcare, business aid, public investment, and administrative reform.

By Nguyen Tung @ The Hanoi Times