EF Education First (EF) today released the 2022 edition of its EF English Proficiency Index (EF EPI), analysing data from 2.1 million non-native English speakers in 111 countries and regions. The Netherlands retained first place, while Singapore surged to second, cracking the top three again since becoming the first ASEAN nation to do so in 2018.

“Vietnam has seen a remarkable recovery in English proficiency in the past year. For the first time ever, it can boast about having left the Low Proficiency band and entered the Moderate Proficiency band of countries. This can partly be attributed to the reopening of the country and the resumption of face-to-face teaching after the pandemic”, Alexander Floren, Country Manager for EF Vietnam told Vietnam Insider.

The EF EPI is based on scores from the EF Standard English Test(EFSET), used by governments, companies, and schools for large-scale testing as well as millions of individual test takers.

READ MORE:  Covid-19 patients advised not to come into contact with their pets 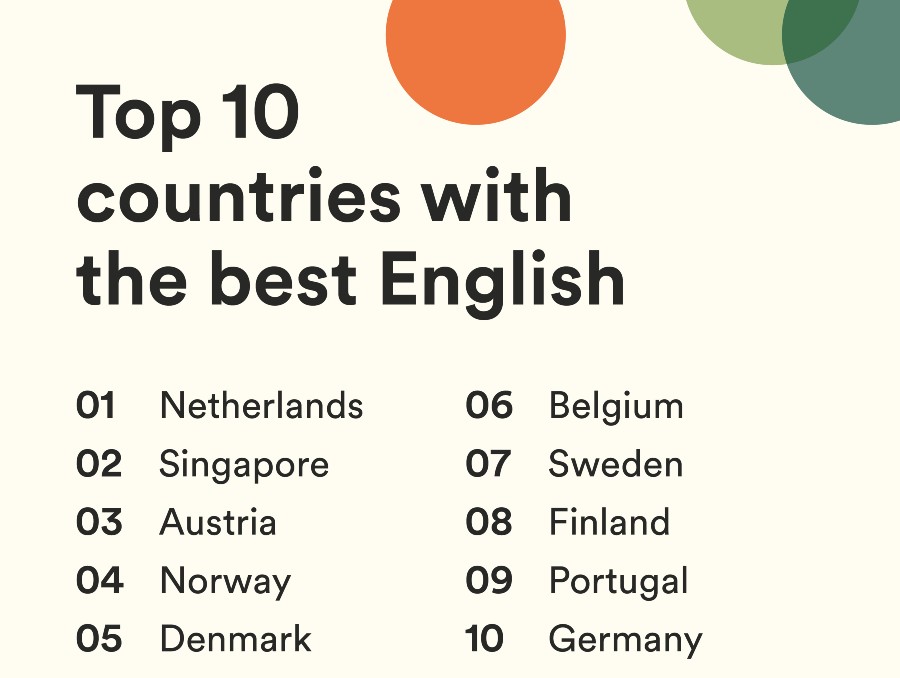 Key findings of the EF EPI 2022 include:

EF Vietnam will host a webinar about the 2022 EPI on the 15th November at 5pm Vietnamese time, the topic is “EF English Proficiency Index 2022: Key takeaways for Vietnam”