What makes Vietnam a potential market for offshore wind power?

In pursuit of the United Nations Sustainable Development Goals (SDGs) by 2030, Vietnam is switching to green growth in which offshore wind power is expected to be one of the major sources in its energy mix.

Ørsted, a Denmark-based renewable energy company that takes tangible action to create a world that runs entirely on green energy, is growing its footprints in Vietnam.

In a conversation with The Hanoi Times, Vietnam Country Manager at Ørsted Sebastian Hald Buhl talked about the potential of Vietnam’s offshore wind power even though it remains nascent.

Why did you choose Vietnam?

Vietnam’s world-class natural conditions combined with your rapidly growing demand for power has convinced us that offshore wind has a central role to play in Vietnam.

What makes you believe this will be the next GW size market in Asia?

While the regulatory framework needed to kick start the offshore wind industry does not yet exist, we understand that the Vietnamese government and relevant ministries are working on these frameworks. We see this from the discussions around offshore wind targets in PDP8 as well as the Offshore Wind Roadmap being developed by the government. If this work results in a clear and effective framework within the next year we think Vietnam will be in a very strong position to launch this new high-tech green industry and see the construction of major offshore wind farms by the late 2020s.

Is policy development in a good direction? Any challenges and your recommendations? 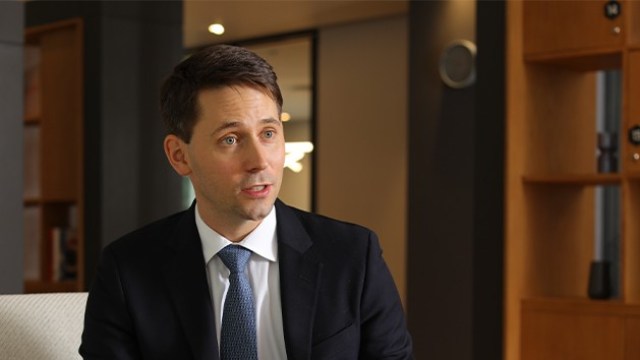 As mentioned above we see positive signs that an offshore wind policy framework is under development. However, one big concern comes from the latest draft of PDP8 which has a low 0 to 2 GW offshore wind target by 2030. We hope that offshore wind will retain a more ambitious place in the final PDP8 and think that a 2030 target of +5GW is not only achievable but also more likely to deliver low-cost offshore wind and lay the foundation for a vibrant new industry in Vietnam.

We believe Vietnam will be a richer and better off country with offshore wind, so we hope the ambitions can be raised. Offshore wind is a technology that can deliver significant economic development and create tens of thousands of high-quality jobs, and with a little patience and the right framework, it will become cheaper in Vietnam to power your industry and cities with the offshore wind than with coal- and gas-fired power plants. In Europe, we have brought the cost of offshore wind down by almost 70% in the last 8 years to around 6.5 US cents/kWh today. Bloomberg New Energy Finance estimates that coal and gas-fired power plants in Vietnam cost between 6.4 US cents-8.6 US cents/kWh.

It is also worth noting that in 2020 coal imports sent almost US$4 billion out of Vietnam, a figure set to rise to almost $14 billion by 2030. As a large-scale domestic energy source offshore wind can help increase Vietnam’s energy independence and ensure that money currently leaving Vietnam on energy imports stays in the country to create economic activity here.

What are offshore wind power’s benefit?

We believe that offshore wind is a unique renewable energy source and that it can bring a number of key benefits to Vietnam:

READ MORE:  The matters for production under the “3-on-the-spot”, that enterprises should know

What are your long-term plan in Vietnam?

We are a long-term investor. When we enter a market we do so with the hope of still being active here 50 years into the future. This gives us a unique mindset different from many other investors who come to build, sell and leave. We are not only here to build world-class offshore wind farms, but also to be good and reliable partners for Vietnamese companies, suppliers, stakeholders, and government.

Our recently announced strategic partnership with T&T is just one example of this long-term mindset and we are excited to take our pipeline forward with T&T and to jointly support the development of a new industry in Vietnam.

However, it is important to note that offshore wind is a major multibillion-dollar infrastructure industry, and it is not possible to make these investments without a clear investable framework, so while we have high ambitions for Vietnam we will not be able to bring these to life without effective offshore wind policies.

By Linh Pham @ The Hanoi Times