What do the 12 digits on the Citizen ID card with chip mean?

This 12-digit sequence contains basic information about an individual. According to Article 13 of Decree 137/2015/ND-CP, the sequence of numbers on this chip-mounted Citizen identity card consists of 12 natural numbers, with a structure of 6 numbers, which are the birth century code, gender code, and year of birth code of the citizen. , the code of the province, city directly under the central government or the country code where the citizen registered his birth and 6 numbers is a random number range.

For ease of understanding, we split it into the format:  AAA B CC DDDDDD.

Article 7 of Circular 07/2016/TT-BCA guides the meaning of each of these digits as follows:

The first 3 digits ( AAA ) are the code of the province, city directly under the central government or the country code where the citizen registered his birth. 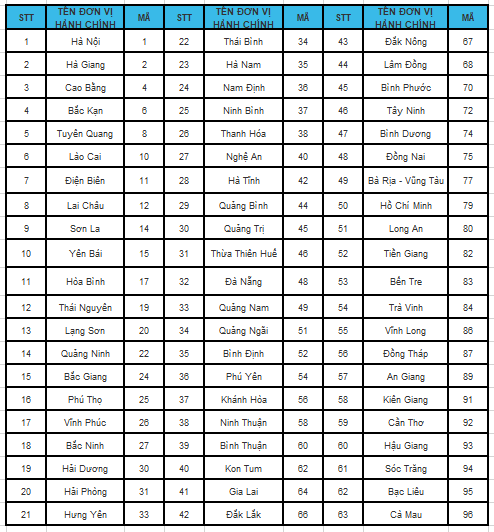 The next 1 digit ( B ) is the citizen’s gender code. This code is specified by century as follows:

The next 2 digits ( CC ) is the year of birth code, represented by the last 2 digits of the citizen’s year of birth. The last 6 digits ( DDDDDD ) are the range of random numbers.

As can be seen, the first 6 numbers on the card cannot be changed (except in the case of gender reassignment or birth year correction, the personal identification number can be reset). Although the last 6 numbers are random, they are selected by software, so they cannot be affected.

What does the sequence of numbers on the back of the Citizen identity card mean?

The chip on the back of the Citizen identity has a sequence of characters called MRZ. The characters in this MRZ line are not used in administrative procedures such as the numbers on the front of the ID card.

However, this MRZ line holds a lot of important information about a person’s identity because this is the area for the scanner to read the chip.

Therefore, the characters in the MRZ line, if read-only with the naked eye, are almost meaningless and have no effect. Only when it is scanned through a chip reader will the cardholder’s information on the National Database system appear in full.

What information does the electronic chip on the citizen’s identity save?

The electronic chip on the back of the Citizen identity card contains information about each citizen’s identity, such as Full name, date of birth, hometown, permanent address, fingerprints, pictures, identification characteristics …

However, only authorities equipped with specialized chip readers can extract information from this chip. In case the Citizen identity card is lost with the chip, it is also difficult for the person who finds it to read the information that the chip on the card is storing.