Now, with the sharp rise of large drugstore chains, retailers need to do to survive.

During the Covid epidemic, when many shops and business establishments had to close and downsize, the three big companies, FPT, The Gioi Di Dong and Pharmacity, were “taking advantage of” to expand the scale and level of focus. Open more stores to capture market share.

According to data updated on May 12 on the websites of 3 companies, Pharmacity is currently leading the number of pharmacies with 1,085 establishments. Followed by Long Chau with 579 pharmacies and finally An Khang with 292 pharmacies. 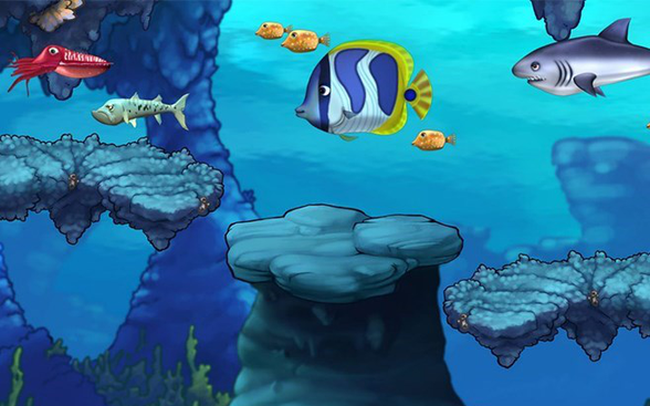 The big companies started to “accelerate” when the Covid pandemic passed, demonstrating the opportunity of the retail pharmaceutical market through the numbers of revenue and output.

That is why, earlier this year, The Gioi Di Dong (TGDD) has changed from a state of “learning” to putting “all efforts” into the An Khang pharmacy system.

Remember, in 2019, Mr. Nguyen Duc Tai – Chairman of TGDD said: ” The pharmaceutical market in Vietnam is still very complicated. Therefore, The Gioi Di Dong still holds a foot in this market to learn, but not yet. intend to thrive in the near future”

These are signs that Vietnam’s drug industry is starting to move from a state of healing and pain to a state of “prevent”, which means to protect health. This transition is similar to that of developed countries. In these countries, functional foods, vitamins and medicines make the body healthy and develop very well ,” said Mr. Tai.

Meanwhile, Pharmacity aims to reach the milestone of 5,000 pharmacies nationwide by 2025. This business wishes to be able to support 50% of Vietnamese people to access a pharmacy within 10 minutes of moving. 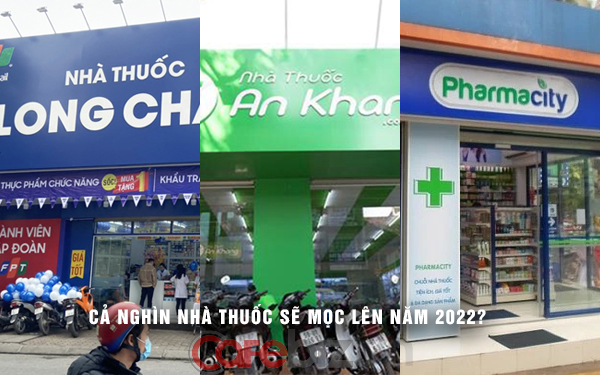 Long Chau, An Khang or Pharmacity all have strong statements with the goal of capturing the market.

The big man competes for the piece of cake, what do the small and private shops have to do to survive with the profession?

Vietnam is currently classified as a group of countries with an emerging pharmaceutical industry (Pharmerging – according to the IQVIA Institute classification).

The World Bank warns that Vietnam is experiencing the fastest rate of population aging ever. The proportion of the population aged 65 and over is expected to reach 21% by 2050. The population is aging rapidly. This means an increase in demand for health care.

The level of willingness to pay for medical services, medicine, and health food tends to increase due to the improvement of per capita income and people’s educational level, in addition to the increasing living environment. Pollution increases many diseases.

“Currently, the pharmaceutical market still has a lot of room for all players to freely roam. Vietnam has about 57,000 pharmacies while counting all the big chains like Pharmacity, Long Chau or An Khang also only has about 3,000 stores – still too small.

Now, everyone who enters has their own ‘piece of cake’ and no one has to compete with anyone. ” FPT Retail President – Nguyen Bach Diep shared at the AGM 2022.

The emergence of modern pharmaceutical chains has significantly changed the game in the retail pharmacy industry, contributing to providing quality products and professional services. ” Somewhat like ‘educate’ the market, giving customers the habit of using genuine goods and a better shopping experience ” (Excerpt from the speech of Ms. Bach Diep)

In addition to the strong landings of the big three Pharmacity, An Khang and Long Chau, the retail pharmacy market also recorded many other names such as Phano Pharmacy, Pharmacy 7, Muoi Pharmacy… with billions of stores. proportional to the operating time.

This invisibly creates a challenge for small individuals who want to enter the industry at the present time. On the forum of the Vietnam Association of Pharmacies and Drug Stores, many pharmacists, after working for a while, when thinking about opening a shop as owner, couldn’t help but hesitate. 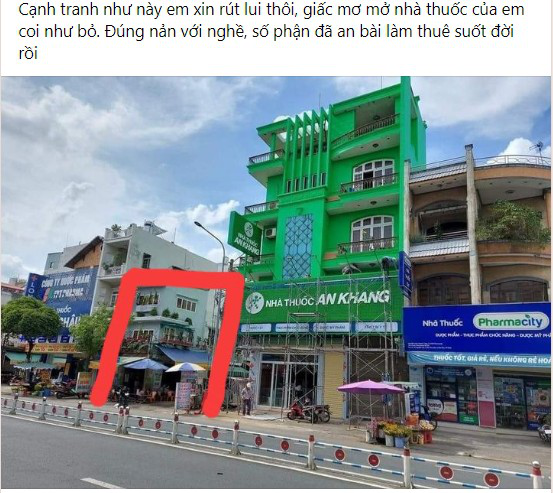 However, below the shared post, there are many opinions expressing optimistic views:

“More market participants demonstrate the potential of the market”

“Small or large stalls made by themselves, if you have your own strategy and standard direction, it’s still ok”

“Fighting, sister, it took nearly a year for the new shop to find customers, selling because the customer’s heart will come back, fighting, I wish you confidence in your profession”

Besides, there are also people who have quickly found their own way:

“Besides selling at the store, you open an online store. This market is growing strongly”

“My Pharmacy just opened Spa Medical!! I’m not afraid of any chain.. because I have my own niche!!”

Some pharmacists – longtime shop owners in the profession confidently believe that in the pharmaceutical retail industry, small drug stores also have their own advantages and if they know how to exploit them, they can still survive well.

READ MORE:  Facebook is about to become the ‘second TikTok’: Show only interest-based content to retain users

First of all, local pharmacies often have the advantage of space costs, store owners are often directly present to supervise, advise and sell drugs to customers, so flexibility will be higher.

Second, is the store owner’s personal brand. Unlike other industries such as fashion, … drug products (functional foods) are heavy on “consultation of knowledge”, so usually customers will tend to buy at places where they feel “assured.” ” and familiar. If pharmacists who are well-educated and have good knowledge open a store with dedicated and enthusiastic advice, there will still be a certain number of “internal customers”.

Third, for customers who are elderly people, who have frequent needs for medicines, it is quite difficult to change their consumption habits and they are not interested in technology, modernity or big business brands. . ” Sometimes they are still afraid to read Western, when they hear the “app” or tell them to read the phone number, they don’t like it” – A pharmacist with more than 10 years of experience shared “What grandparents need is to remember their information. them and be patient enough to listen to them without interrupting about back pain or trouble sleeping.”

The model of drugstore chains An Khang, Pharmacity or Long Chau compared with small private pharmacies is like a supermarket with a traditional market.

When the supermarket model becomes more and more popular, the traditional market is also “slower”, however, it cannot disappear in the context of culture, per capita income and consumption habits of Vietnamese people. Male.

Similarly, small private pharmacies will still have land to live, although the competition will become increasingly fierce, the question is how each individual shop owner will solve the competitiveness problem?