What did the Fed chair say after raising interest rates to a 15-year high?

Chairman Jerome Powell said that the current US Federal Reserve (Fed) campaign against inflation by raising interest rates by the Fed will not end soon. Fed officials have also signaled that borrowing costs will rise further than investors expect next year.

“We still have to keep going,” Mr. Powell said at a news conference held in Washington after the Federal Open Market Committee (FOMC) raised the benchmark interest rate by 50 basis points, to 4. 25% – 4.5%. The FOMC also raised its forecast, according to which by the end of 2023, the interest rate will be at 5.1%, then decrease to 4.1% in 2024.

Regarding the next meeting that will take place on February 1, he said the rate increase will be decided based on macro data. This comment leaves open the possibility that the profit will increase by 0.5 percentage points or will decrease to 0.25 points. In addition, it is very difficult for the Fed to reverse course in 2023. 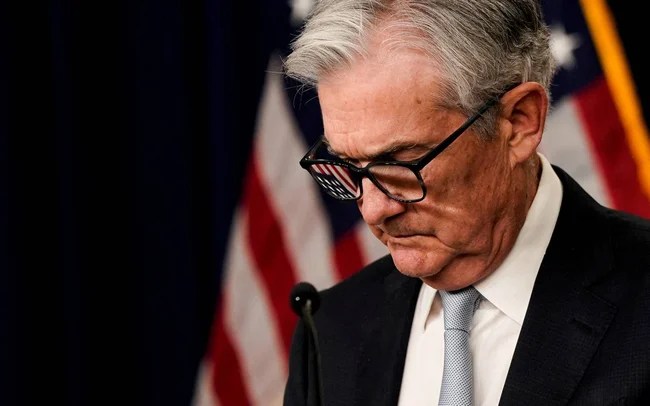 “We will not consider lowering rates until we are confident that inflation is on track to fall to 2% in a sustainable way,” he said. “To restore price stability, it is necessary to maintain the tightening policy for a while longer.”

New signals from the Fed immediately caused the market to drop.

Financial conditions are less tense now than before, so investors are speculating that the Fed will soon stop raising interest rates. Until yesterday, Wall Street still rallied, the dollar and mortgage rates both fell on optimism.

According to former New York Fed President William Dudley, it will take a while for the Fed to get what it wants. “They’ll have to slow the economy hard enough to create enough stagnation in the labor market, which in turn causes wage trends to fall in line with 2% inflation.”

Inflation in the US has cooled down more recently after soaring to a 40-year high. However, a growing number of economists are concerned that the Fed tightens monetary policy too strongly and will push the economy into recession as soon as 2023.

Yesterday’s Fed decision closed a challenging 2022. In the first months of the year, the Fed was too slow to deal with inflation. Then, after getting rid of the near-zero interest rate policy in March, the Fed had to act strongly to chase inflation. The hope that the US economy can have a soft landing and avoid the wave of mass unemployment is gradually disappearing.

Now the Fed is looking for ways to slow down the economy to cool the labor market – currently the number of vacancies is still significantly higher than the number of unemployed in the US – and ease inflationary pressures broadcast.

Policymakers got some good news earlier this week, when the consumer price index rose only 7.1% in the year to the end of November. This is the low of 2022.

However, Mr. Powell has repeatedly said he is willing to let the economy suffer “a little pain” to reduce inflation and avoid repeating the mistake of the 1970s, when the Fed loosened monetary policy too much. Yesterday he underscored that message again, adding that “we will continue down the path of rate hikes until the task is done.”

READ MORE:  Top Cryptocurrencies With the Most Potential in Asia