Western countries are concerned that the Chinese government is accessing the huge amount of user data on TikTok.

TikTok, the most successful Chinese app outside of the country where it was founded, has been unable to assuage concerns from the US and its allies about access to user data due to its unclear company structure while at least some of the top decisions are still being handled in Beijing.

TikTok’s growth is still directly and indirectly influenced by many people and governments in several countries, according to interviews with several employees and analysts of the South China Morning Post. As a result, one of the most widely used apps in the world, with over 1 billion users, was caught up in a complex web of technology, money and power as its parent company found How to maintain ownership of this precious gem.

As Washington tries to sever TikTok’s connections with China, where its owner is ByteDance, the app’s future remains uncertain. Two years after former US president Donald Trump’s failed attempt to force ByteDance to sell the app to US investors, the administration of President Joe Biden is working on a revised plan to address what it considers is the national security threat from this application.

“The current discussions seem to be a continuation of what we saw when Trump was in office” said Emily Weinstein, a research fellow at Georgetown University’s Center for Security and Emerging Technologies despite the fact that European countries are also expressing concerns.”

Other countries are also increasing surveillance. In a prime example, India blocked TikTok from operating in the country along with many other Chinese apps following the 2020 border clash between the two countries.

Concerns about TikTok have also been raised in Australia, the European Union and the United Kingdom.

Australia’s opposition minister for cybersecurity and foreign interference James Paterson said “a moratorium should be on the table” if the government is unable to address national security concerns related to the TikTok app. In July, before being elected, British Prime Minister Liz Truss revealed that she would impose Chinese businesses like TikTok. Italy’s data protection agency said the Chinese app may have violated European Union rules by serving targeted ads without the user’s consent.

The distrust towards TikTok is largely rooted in fear about the Chinese government gaining access to data from the app through ByteDance. China’s national security law requires data to be transferred upon request, but ByteDance has repeatedly said it has never provided TikTok user data to Beijing.

Despite ByteDance’s assurances that US user data is stored outside of China and therefore not subject to Chinese law. However, a report from BuzzFeed News revealed that employees in China had multiple access to that data. 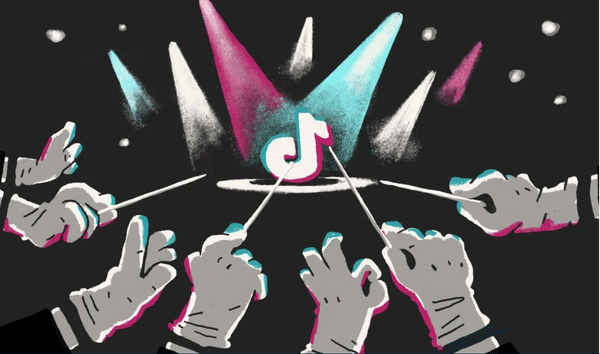 There is still extreme ambiguity around who is responsible for what goes on at TikTok. On the surface, the top decision maker is CEO Chew Shou Zi, a “Singaporean living in Singapore” as introduced in a June letter to US lawmakers.

However, Chew has only taken on this role since April 2021, a few months before TikTok became one of six separate business groups under ByteDance amid the company’s restructuring. Chew still has to answer to the board of ByteDance, which is expanding to nine members from its current five, the Post reported.

ByteDance President, Liang Rubo, is the nominal leader of China’s most valuable unicorn. Liang has not spoken in public or given any interviews since taking over company positions from Zhang Yiming, the 39-year-old entrepreneur who started ByteDance in a Beijing apartment in 2012.

Mr. Liang, Mr. Zhang’s roommate at Nankai University, is considered Zhang’s longtime assistant. In a video celebrating ByteDance’s seventh anniversary, the two executives returned to the apartment where they started the business.

While Mr. Zhang stepped down from his positions at the most popular company last year, ByteDance investors and executives all concede that Mr. Zhang retains the final say on major decisions related to the company regarding TikTok, including a change of ownership. “There’s a fundamental sense of who gets hired and who’s the real boss” said an early ByteDance investor, who asked not to be named.

In his letter to US lawmakers, Chew also acknowledged that ByteDance “played a role in recruiting key personnel at TikTok”.

The other four board members come from major ByteDance investors: Bill Ford of General Atlantic, Arthur Dantchik of Susquehanna International Group, Philippe Laffont of Coatue Management and Neil Shen of Sequoia China. No one has commented publicly on ByteDance or TikTok.

However, an agreement that TikTok’s US operations would be taken over by Oracle and Walmart in 2020 was affected by a regulation from Beijing requiring government approval for the export of the products. important technology, including the algorithm that powers TikTok’s recommendation system.

TikTok is developed from the same core technology as Douyin, its Chinese version. Chew said in his letter that both apps share “the underlying technology building blocks deep within” but TikTok’s “business logic, algorithms, integrations, and implementations” are “separate from Douyin”.

The Chinese government has also influenced the development of ByteDance in other ways. In 2018, China’s National Radio and Television Administration ordered the company to shut down Neihan Duanzi, an app for funny memes and videos, citing objectionable content.

Zhang later published a self-criticism to “apologize and rethink”. The big lesson for ByteDance, according to Zhang’s letter, is that it “overemphasizes the role of technology and fails to realize that technology must be guided by core socialism values ​​in order to promote energy efficiency.”

Paul Triolo, senior vice president of consulting firm Dentons Global Advisors-Albright Stonebridge Group and leader of technology policy at the Albright Stone Group, said the Biden administration “is pursuing a disciplined process to trying to find a solution to the problem” related to consumer data security in the US.

TikTok has promised that US user data will be stored on servers owned by Austin, Texas-based Oracle Corp and that any access to TikTok data by ByteDance operators goes through a rigorous internal process.

TikTok completed the data migration to Oracle servers this year. Backups are still stored on the company’s own servers in Singapore and the US.

In 2020, TikTok’s head of global security, Roland Cloutier, addressed concerns about the company’s use of rented data center space from China Unicom Americas. He said the Chinese telecommunications company poses no security risk because it does not have unauthorized access to ByteDance’s servers. TikTok did not respond to questions about the status of the lease.

So far there is no evidence that the Chinese authorities request TikTok user data from ByteDance.

But there are Chinese laws and regulations that allow the state to request data from businesses. Douyin was one of the first Chinese technology companies to hand over its algorithm code to the Cyberspace Administration of China this summer.

ByteDance is said to have considered listing in Hong Kong, although the company denies having such plans. An initial public offering of shares outside of China would require permission from Beijing under regulations that require any company with data on more than 1 million Chinese citizens to go through the process cyber security assessment to be listed overseas.

Katie Harbath, a senior non-resident fellow at the Atlantic Council Institute and former director of public policy at Facebook, said TikTok’s links to China are “something people will continue to appreciate finds it very frustrating if they don’t have a clear answer as to who is really responsible.”

The things that affect ByteDance and TikTok are “not just the Chinese government” but “other governments in other countries” said Katie Harbath.

TikTok’s efforts to date have failed to assuage concerns from US lawmakers and officials. Brendan Carr, a member of the Federal Communications Commission (FCC), has publicly called on both Apple and Google to remove TikTok from their app stores, accusing the app of being “a surveillance tool.”

“If TikTok starts to get to a place where they still localize their data in every country, that’s actually pretty tough and something the internet industry as a whole is really into” said Ms. Harbath is trying to push back because you get a very fragmented internet compared to a world without borders. There are still a lot of unanswered questions about the exact role of ByteDance.”

In the early days of TikTok, after it was created in 2017, ByteDance often sent a management team to local markets to help develop the platform. The business won’t have its own CEO until 2020, when ByteDance hires Walt Disney’s Kevin Mayer for the role amid mounting pressure from the Trump administration.

Mayer stayed for only three months. Pappas served as interim CEO until Chew took over.

Albright’s Triolo said: “ByteDance is led by tech-driven founders and could have received good advice on global expansion and management from private equity and venture capital partners.”

Mr. Triolo said that if “the US solution to TikTok’s user data access problem can be resolved, this can serve as a model for other markets and this will boost push the prospect of global expansion for ByteDance.”

There is no precedent before as ByteDance is the first Chinese Internet company to achieve global success on this scale. In an interview with Bloomberg in March, Chew said, it’s really “a challenge to build a global company” because “you need to be global and local at the same time.”

“The Chinese government’s surveillance of ByteDance and its businesses is part of a broader technology regulation campaign launched in 2021 in response to concerns” said Triolo. There’s a growing interest in how big tech companies engage in behavior that harms the interests of consumers.”