Hundreds of employees of Southeast Asian startups have lost their jobs in the past few months, showing that they are not immune to global economic turmoil.

At least 6 technology companies had to fire their employees, including Sea, the owner of the Shopee e-commerce platform. According to investors, this is just the beginning of a wave of layoffs among Southeast Asian startups. As interest rates rise and economic uncertainty persists, businesses are forced to focus on profits instead of growing as quickly as possible.

Analyst Jessica Huang Pouleur said that in 2021, cheap capital will flood the market, allowing companies to grow at all costs. They recruit quickly and every time there is a problem, just replenish the force. She believes there will be more cuts in the coming months.

According to an email from CEO Chris Feng, Shopee will cut staff at the payment department, food delivery as well as teams in Argentina, Chile and Mexico. “Given the escalating overall economic uncertainty, we believe it is wise to make difficult but important adjustments to improve operational efficiency and focus resources,” the email read.

Meanwhile, digital asset management company StashAway laid off 31 employees, or 14% of its employees, from the end of May. Online shopping platform iPrice reduced about a fifth of its staff in June. Before that, they employed 250 people. Education technology company Zenius let more than 200 employees go.

The companies said this was due to the current volatile economic conditions.

JD.ID, the JD.com subsidiary in Indonesia, also cut jobs. General Manager Jenny Simon said that they do so to “remain competitive in the Indonesian e-commerce market”. She did not disclose the number of people who lost their jobs.

Dozens of employees were also laid off by other Indonesian startups, including Lummo and LinkAja.

Not only reducing personnel, but businesses are also more cautious when recruiting new people. In Singapore, for example, the number of jobs in the technology sector decreased slightly from 2021. According to job portal Nodeflair, the number dropped from around 9,200 between July and August 2021 to 8,850 between April and May 2022.

Rising interest rates are a particular concern for the tech industry. It will increase the cost of doing business, the cost of capital, according to Jeffrey Joe, a partner at venture capital firm Alpha JWC. High interest rates will reduce the company’s profit margin. He also predicted more layoffs.

James Tan, partner at venture capital firm Quest Ventures, said that as borrowing costs rise and the economy faces uncertainty, it would be strange not to record layoffs. Any startup that fails to do so will have questions about its ability to govern during a crisis. According to him, the startup will have to extend its spending time from 18 to 36 months, instead of 12 to 18 months, before continuing to raise capital.

When valuations decline compared to 2021, businesses will want to avoid the possibility of being undervalued compared to the previous funding round. They will try to cut costs, survive the recession before raising capital again.

READ MORE:  The third wave of FDI is coming to Vietnam?

When the storm passed, the door to “easy money” was closed, according to Tan. Data shows that venture capital funds focused on Southeast Asia have raised $900 million this year, equivalent to the whole of 2021.

Southeast Asia remains a good base to bet on as the middle class continues to grow, internet penetration is high, and the number of experienced startup founders grows. According to Mr. Joe, the current recession could be a good time for investors to select businesses that are doing well and invest in them while valuations are still cheap.

If investors start disbursing in a bear market, “the results will be especially good because we will be divesting in five to 10 years and hopefully by then the market has recovered,” said Joe. Meanwhile, Ms. Huang Pouleur said, companies with good quality and poor quality will have a clear distinction. “As many poor companies lay off large numbers of good people, larger, stronger companies will hire more talented people.” 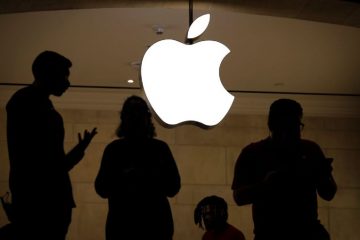