Many other countries in the ASEAN region have plans to develop the electric vehicle industry, such as Indonesia, Malaysia, Singapore, and Thailand.

According to the report on Macro Outlook and Investment Strategy 2023 by Vndirect Securities JSC, the electric vehicle industry and the semiconductor industry are shaping FDI flows into ASEAN.

Major changes in these two industries include: many types

Because of the great potential of the two industries in the future, countries in the region have actively implemented many policies to attract FDI in this production chain, and at the same time encourage people to use electric vehicles.

For example, Indonesia in 2020 enacted the Omnibus Act which is a turning point for foreign companies operating or investing in this country. Since then, FDI inflows into Indonesia have skyrocketed 10% in 2021 and 46% to $31 billion in 9M22.

However, Vietnam seems to be lagging behind other countries due to the lack of clear attraction policies, which may reduce Vietnam’s attractiveness in attracting FDI in the future. 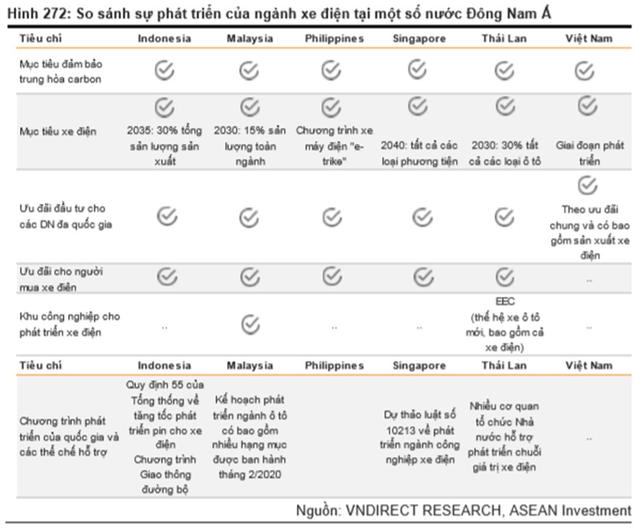 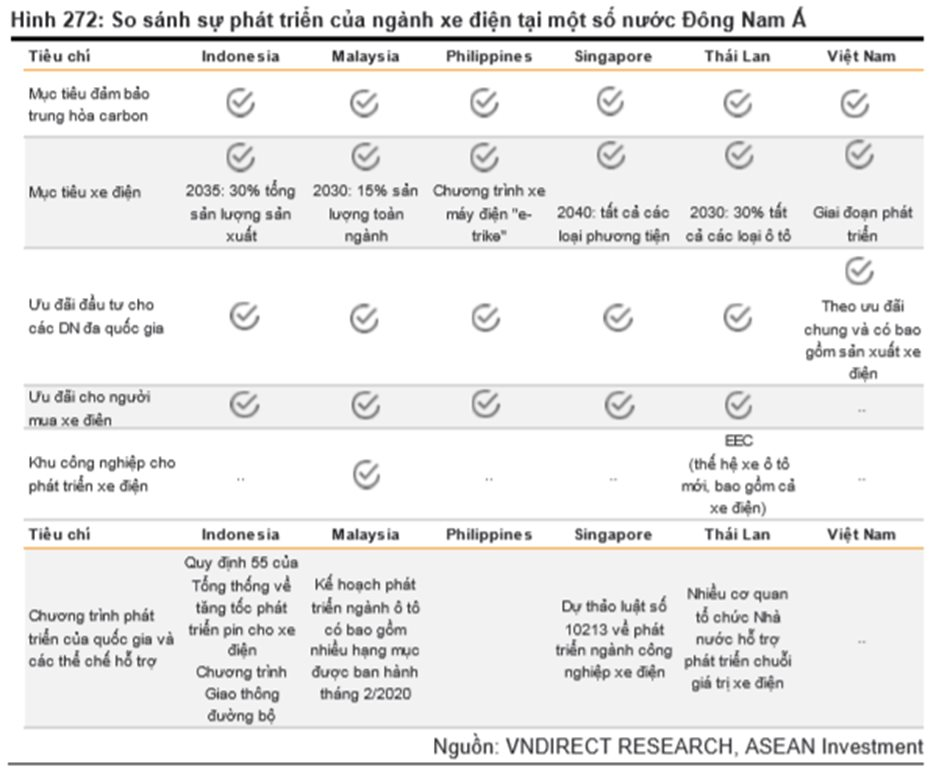 In Vietnam today, billionaire Pham Nhat Vuong’s Vinfast has turned to pure electric vehicle production with current distribution lines including VF 8 and VF e34, and a plan to hand over VF 9 and VF models 5 Plus in 2023. In November 2022, Vinfast delivered 594 electric vehicles, including 182 VF e34s and 412 VF8s.

READ MORE:  More instant noodle products exported from Vietnam recalled in EU due to the presence of unauthorized ethylene oxide

Notably, in November, 999 units of VinFast VF8 were exported to the US. This is the first batch of 65,000 orders for VinFast VF8 and VF9 electric cars globally.

Recently, VinFast Trading & Investment Pte. Ltd. (VinFast Singapore) announced that it has filed an application for registration under Form F-1 with the US Securities Exchange Commission (“SEC”) for an initial public offering of common shares. Accordingly, VinFast plans to list common shares on Nasdaq Global Select Market with the code “VFS.”

In addition, Geleximco Group is also planning to build a Geleximco automobile assembly and manufacturing plant in Tien Hai industrial park towards the production of electric vehicles and fuel cell vehicles with a total investment of about VND 19,000 billion. Geleximco has signed a land and infrastructure sublease agreement with Viglacera Corporation for the above factory construction plan.

For the semiconductor industry, Vietnam is 100% dependent on the supply of semiconductor chips from abroad. For domestic companies, only Viettel High-Tech Industry Corporation (VHT) and FPT participate in the chip design process.

In September this year, FPT Semiconductor officially launched the first line of microchips applied in Internet of Things (IoT) products for the medical field.

The first customer and also a strategic partner will work together to distribute FPT Semiconductor’s chip products in the markets of Australia, Taiwan (China), and China. Besides, FPT Semiconductor also focuses on deploying and supplying “Make in Vietnam” chips to domestic corporations.

In the next two years, FPT Semiconductor plans to supply 25 million chip units to the global market. At the same time, the enterprise plans to bring to market 7 more different chip lines in 2023, serving a wide range of fields of technology, telecommunications, IoT, lighting equipment, smart devices, and technology automotive, energy, electronics and refrigeration.

Foreign corporations such as Samsung, Qualcomm, Texas Instruments, SK Hynix and NXP Semiconductors have built research centers and factories in Vietnam. In particular, Samsung is preparing conditions for trial production of grid-chip semiconductor products and will be mass-produced from July 2023 at Samsung Electro-Mechanics Vietnam factory in Thai Nguyen.