Haiphong People’s Committee announced the withdrawal of Vinhomes from a new urban project located in the North Cam River area in Haiphong city, following others in Quang Ninh and Long An, reported the Vietnam Investment Review (VIR).

Accordingly, Vinhomes has decided to stop surveying and studying the infrastructure project of a new urban project in the North Cam River area.

In December 2019, Haiphong provided in-principle approval for Vinhomes to study the development of the infrastructure component of the new urban project in Thuy Nguyen district.

The infrastructure project has a total investment capital of VND4.7 trillion ($204.35 million).

Previously, in December 2020, Quang Ngai People’s Committee issued an announcement withdrawing its permission for investors to research, survey, and prepare investment proposals for 296 projects in the area, one of which is the Binh Chau tourism and resort complex of Vingroup.

Besides, in August 2020, Quang Ninh People’s Committee also withdrew the plot allocated to a complex of golf course, tourism, and amusement facilities and five-star hotels and resort at Khe Che Lake, An Sinh commune. The decision was also based on the proposal of the investor, Vingroup.

In addition, in July 2020, Vingroup proposed Long An People’s Committee stopped studies to build the planning of a new urban project in the province, according to VIR.

Vinhomes is a subsidiary company of Vietnam conglomerate VinGroup, which is the leading real estate brand in the country, according to the introduction from its website, Vinhomes develops, sells, and manages mixed-use residential real estate projects that target the mid-and high-end market segments.

Vinhomes projects are in prime locations in Vietnam’s most populous cites and provinces. Vinhomes delivers not only a property but also a modern and high standard living environment in line with its slogan of “where happiness dwells”. 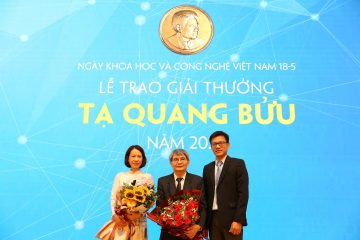