According to VinaCapital’s statistics, the VN-Index fell 11% last week and fell 21% from the beginning of the year at the end of last week, due to the continuous decline in the global stock market. VinaCapital’s Chief Economist, Mr. Michael Kokalari, has provided analysis and comments showing that Vietnam’s economy is recovering and developing strongly.

VinaCapital assesses that the Vietnamese economy is in a strong recovery phase, which is driving impressive profit growth. Specifically, retail sales growth in Vietnam accelerated from 1.7% year-on-year in the first 2 months of 2022, to 10.4% in March and 12.1% in April. Furthermore, there is convincing evidence that the above growth figures still do not fully reflect the explosion of consumer demand in Vietnam’s cities and rural areas, as consumer demand has been subdued. compressed for a long time.

Consumption accounts for about two-thirds of Vietnam’s GDP, so the strong recovery in consumption now supports the forecast for GDP growth of 6.5% this year. VinaCapital’s GDP growth forecast is based on two key assumptions: First, inflation-adjusted “real retail sales” will grow by 5% this year (lower) compared to an average growth of 9% in the 5 years before COVID) and secondly that Vietnam is fully open to foreign tourists, and the reality is that tourists are returning to Vietnam now. This is likely to add at least 2 percentage points to Vietnam’s GDP growth this year. 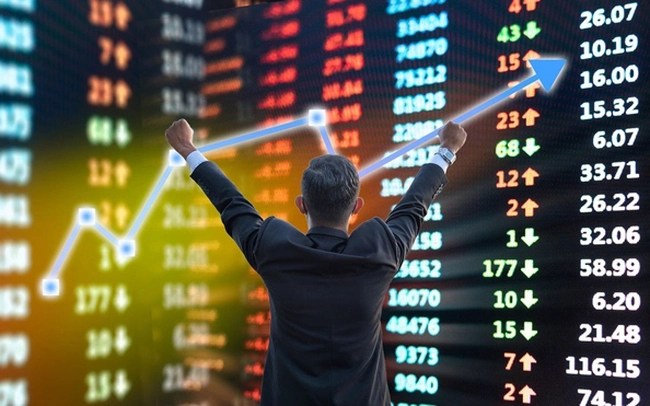 Next, Vietnam’s decline in COVID-19 cases led to the most dramatic increase in the number of people employed in manufacturing in a year in April. Manufacturing accounts for more than 20% of Vietnam’s GDP and grew 8% year-on-year in the first four months of 2022, although an increasing number of companies said they were having difficulty securing inputs. production due to China’s “Zero COVID” policy.

READ MORE:  VIB reports VNĐ2.3 trillion in revenue for the first quarter of 2022

” Supply chain problems in Vietnam stemming from China’s “Zero COVID” policy mainly affect manufacturers of low value-added products such as apparel. that China’s “Zero COVID” policy is another reason for companies to move their production lines from China to Vietnam – the country that recorded record high FDI inflows in the first 4 months of 2022 “, the report states.

According to VinaCapital, VN-Index is falling sharply despite the strong development of Vietnam’s economy and many fundamental strengths of the stock market. Those strengths include an expected P/E ratio of 11.4x versus consensus earnings growth expectations of 21% for VN-Index stocks this year, and a valuation discount of around 30%. compared to other countries in the region. However, in the market, there is a quite pronounced divergence in investment performance between different industries due to differences in fundamentals, and this creates opportunities for investors to find a place to stay. hidden in defensive stocks.

The analyst team lists 3 prominent sectors as  Utilities, Non-Essential Consumer Goods and Information Technology, shares prices in these sectors are still up so far, supported by Q1 results. good and many other basic factors. More specifically, Utilities earnings and share prices supported by power generation growth have doubled this year, while Consumer Non-Essentials stocks are benefiting from a full expansion plan. ambitions of some of the key players in the industry. Meanwhile, the profit and stock price of the Information Technology industry are being driven by the outsourcing revenue of FPT, a major player in the industry, increasing by about 30%, along with an increase of nearly 60% in the number of companies in the IT industry. number of new outsourcing contracts in the first quarter of this company.

“The drop in the Vietnamese stock market is consistent with what has happened in the global market, despite increasing selling pressure due to the presence of many new retail investors for the first time. faces margin stop orders, as well as controls on companies that borrow money to invest in stocks.

However, none of these reasons is likely to have a major impact on Vietnam’s economic growth or on the total profits of listed companies. In the first quarter, this profit increased by about 30% compared to the same period last year and the expected profit of all companies listed on the Hanoi and Ho Chi Minh stock exchanges will increase by nearly 30% in the same period last year. this year”,  VinaCapital assessed.

Besides, the value of the dong was almost unchanged year-on-year, even though the US Dollar/DXY index was up 15% y/y. Accordingly, the resilience of the dong despite the strong appreciation of the US dollar is an accurate indicator of the fundamental strength of the Vietnamese economy, which in turn helps support profit growth as well as growth. stock market growth.