Skytrax has just announced the list of World Airline Awards 2022. Notably, Vietravel Airlines was named in the top 5 airlines for the first time to receive the World’s Best Leisure Airlines award.

First held in 1999, completely independent, unbiased, with all costs of customer surveys and awards covered by Skytrax organizers, the World Airline Awards are considered the “Oscars of the aviation industry” globally.

After a survey of 350 airlines conducted from 14 million customers in more than 100 countries, the most prestigious title – World’s Best Airline – this year belongs to Qatar Airways. Expanding, the list of the world’s 100 best airlines in 2022 has Vietnam’s only representative, Vietnam Airlines, at position 48.

Notably, Vietravel Airlines was named in the top 5 airlines for the first time to receive the World’s Best Leisure Airlines award, compared with other names such as SunExpress, Air Transat , TUI Airways and TUIfly. The representative of Vietravel Airlines affirmed that the above achievements have helped Vietravel Airlines put its name on the international aviation map, becoming a vivid proof of the recognition of Vietnam’s aviation by the world, thereby contributing to improving the air transport capacity of Vietnam and developing the tourism industry.

Vietravel Airlines is currently the fifth commercial airline in Vietnam and the first travel airline in Southeast Asia, with a mission to promote the culture, people, history and region of Vietnam through experiences. unique experience on the modern fleet of A321 aircraft.

In addition to the full experience on each flight such as an air guide, snacks and water are inspired by local flavors equivalent to a 4-star airline, a personal wireless entertainment system, Vietravel Airlines is also in the top three airlines with the highest on-time performance index in the whole aviation industry of Vietnam. 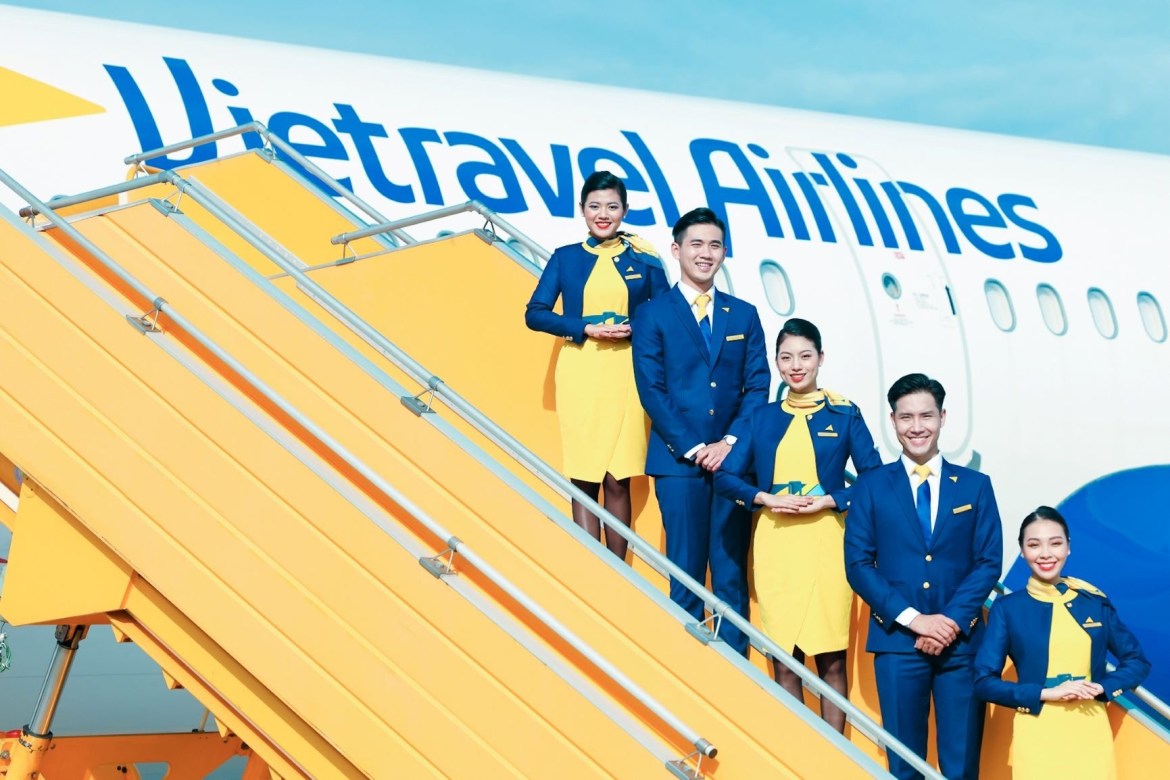 Although operating for nearly two years, Vietravel Airlines has impressed with the number of more than 8,000 flight hours performed with 100% safety; 1.5 million passengers with a flight occupancy rate of more than 92%; take-off on time (OTP) rate of 94.2% in the first 7 months of 2022

After focusing on promoting Vietnam’s key tourist destinations in the first year, Vietravel Airlines is planning to expand routes from Ho Chi Minh City and Hanoi to Bangkok (Thailand), Busan and Incheon (Korea), Singapore, Taipei (Taiwan, China) by the end of 2022.