About 50 out of 200 guests at a nightclub in Vietnam’s HCMC tested positive for narcotics after police officers inspected the venue early on Monday morning, Ho Chi Minh City

According to a report by Tuoi Tre Newspaper, about 200 customers were inside the club at the time. Quick tests later revealed that 50 of them had consumed narcotics.

Officers also found various types of drugs at the venue. 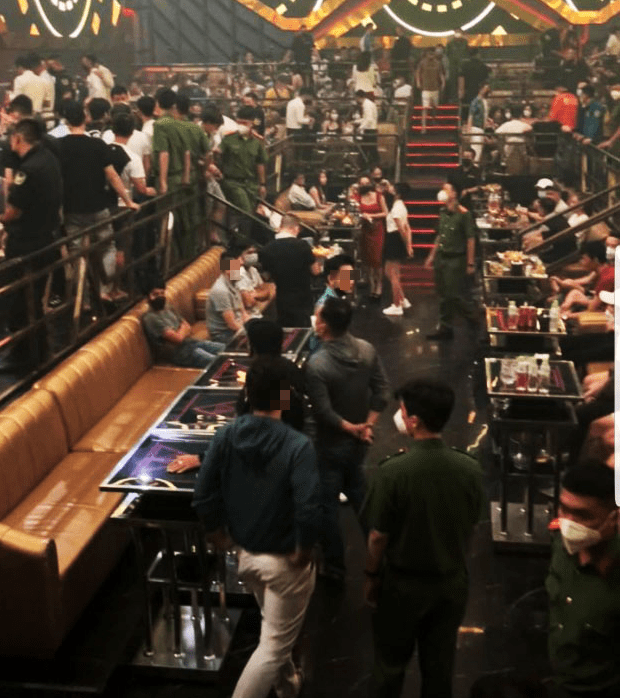 The drug users have been booked for their offense, while police are also verifying several violations related to the operation of the nightclub.

The local police said that, they have initiated a campaign to suppress crimes in the area, especially those related to narcotics.

Officers will coordinate with relevant agencies to regularly inspect local clubs, karaoke shops, and hotels to prevent and deal with the illegal sale, use, and possession of drugs, the Tuoi Tre Newspaper reported. Over 200 kg of suspected methamphetamine are found on a pickup truck n Quang Binh Province, December 21, 2019. Photo by Quang Ha.

As of November 2021, the southern metropolis now has around 12,600 drug addicts at home, 13,260 in rehab and over 1,600 imprisoned or detained for criminal activities, VNExpress citied a report by the Ministry of Public Security.

Vietnamese law requires addicted adults who have failed with rehab at home to enter mandatory rehab facilities as decided by local People’s Committees.

HCMC is a frequent location for drug-related crimes, owing to its socio-economic development status and high population. Most narcotics arrive here via the Golden Triangle, an intersection of China, Laos, Thailand, and Myanmar and the world’s second largest drug producing area behind the Golden Crescent in South Asia..

Drug trafficking and consumption have persisted and worsened in Vietnam though it has some of the world’s toughest laws. For instance, those convicted of possessing or smuggling more than 600 grams of heroin face the death penalty.