The Golden Bridge in the central coastal city of Danang recently came in at the top of the list of new wonders in the world by Britain’s best-selling daily newspaper Daily Mail.

The Daily Mail has just announced its list of the 10 new world wonders based on a poll of young generation. Golden Bridge belonging to Sun World Ba Na Hills resort in Danang was named first on the list.

“Vietnam’s Golden Bridge, opened in 2018, is designed as though a giant’s hands (made of fiberglass and mesh wire) are gently supporting the 490 feet path (150 m) for pedestrians, which overlooks the coastal resort of Da Nang,” the paper notes in its introduction.

The survey was conducted with respondents born between 1982 and 2000, to select the new wonders of the world.

The Golden Bridge was ranked among the top 100 World’s Greatest Places in 2018 by Time magazine. In 2020, Insider, a leading U.S. news site, also chose it in their list of the most stunning bridges in the world. 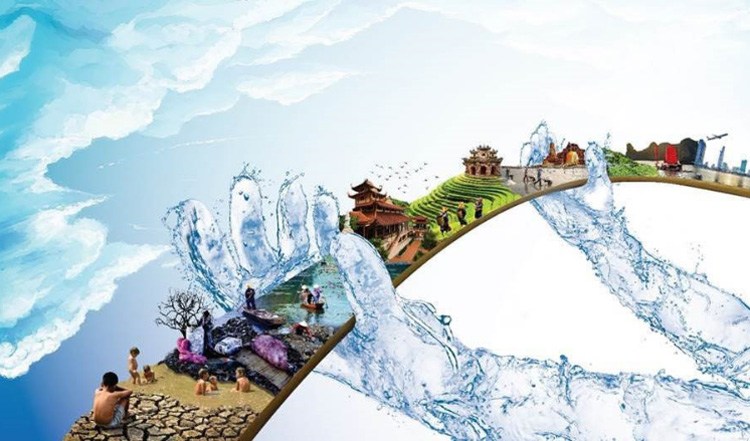 This puts the Vietnamese attraction into a prestigious group of international attractions featuring the Bosco Verticale residential tower blocks in Milan (Italy), Gardens by the Bay urban park in Singapore, Dubai Photo Frame, Soumaya Museum in Mexico City, the jungle swings of Bali Island (Indonesia), the world’s first underwater roundabout in the Faroe Islands, and the underwater public sculpture park which is scheduled to open in late 2021 at Miami Beach (US).

A short time after being opened, the Golden Bridge has seized the attention of a large number of visitors, with more than 20,000 posts on social networking site Instagram.

Golden Bridge has constantly been praised by a series of prestigious international newspapers such as The Guardian, CNN, and New York Times for its surreal beauty. 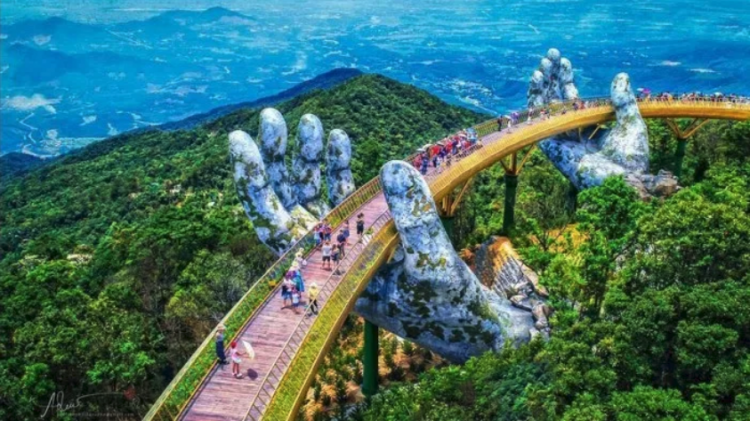 At the end of 2020, the World Travel Awards, dubbed the “Oscars of the world tourism industry”, also awarded the Golden Bridge the title of “World’s leading iconic tourist bridge 2020”.

The bridge was designed by TA Landscape Architecture. From the bridge, visitors have a panoramic view of Nui Chua, regarded as the most beautiful mountain in Danang, reported the VIR. 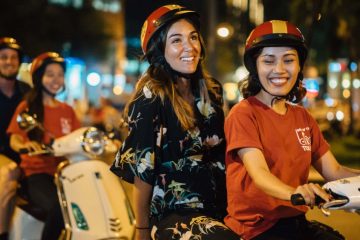 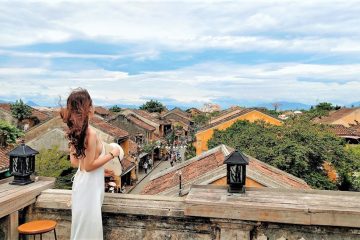