Vietnam’s first domestic car manufacturer, Vinfast, said on Monday it had obtained a permit to test autonomous vehicles on public streets in California.

Vinfast, a unit of Vietnam’s largest conglomerate Vingroup JSC, said the permit granted by the California Vehicle Administration was needed in order for the firm to commercialize its electric vehicles in the U.S. market.

Vinfast said it has developed three models with autonomous features, adding that two of the models would be sold in theU.S., Canadian and European markets from 2022.

Related: What we know so far about a trio of battery-electric SUVs by Vinfast

Last year, Vinfast said it had bought GM Holden’s Lang Lang Testing Centre in Australia following its move to open are search and develop centre in Melbourne, as part of its efforts to expand internationally, according to a report by Khanh Vu on Reuters.

According to a report by VNExpress, VinFast sold 31,500 cars in Vietnam last year, with its VinFast sedan and SUV models among the bestsellers in their respective segments.

The company entered the auto industry three years ago. It has an auto plant in the northern province of Hai Phong and research and development centers in Australia, Germany and the U.S.

It said the manufacturing of electric bikes, buses and cars is part of a strategy to become a hi-tech global auto manufacturer and help develop green transportation and reduce emissions.

In 2018, an FPT Software request to pilot its self-driving cars in Vietnam’s hi-tech zones and software parks has received a positive response from the Transport Ministry, VNExpress, local media reported.

The ministry said it supports FPT’s plan because it was in line with global trends and confirmed to the Government’s agenda to foster the fourth industrial revolution (Industry 4.0). 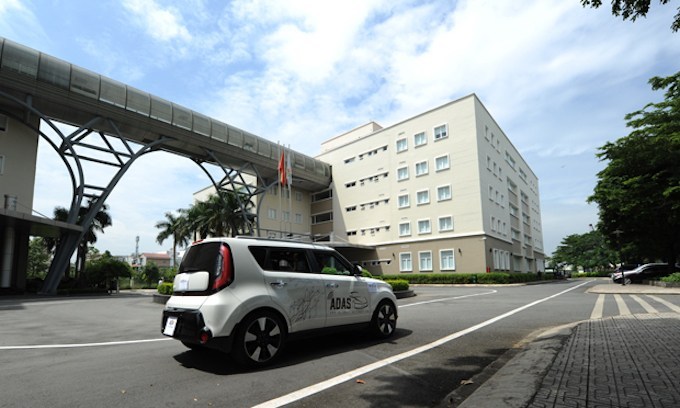 It instructed FPT to seek authorization from the high tech parks’ management board before testing the autonomous cars on internal roads of the Saigon High Tech Park in Ho Chi Minh City’s District 9 and take responsibility for traffic security during the trial.

The local tech giant has also been asked to report on tests carried out with the driver-less car and propose solutions to tackle any possible problems that may arise once it is put to test on public roads, according to VNExpress. There no updated information about the project since 2018.