Vietnam has reported what it believes to be its second death linked to the Pfizer Covid-19 vaccine.

A ninth-grade girl in Hanoi died Sunday, one day after she got her first dose of the Pfizer Covid-19 vaccine, the second teenager to die following Covid vaccination in Vietnam.

According to the report, she received the shot on Saturday morning as part of the city’s campaign to vaccinate people under 18 against Covid-19.

On Saturday night, she suffered high fever. Her family let her take fever killer but it did not work.

Within that night, she was taken to Thuong Tin District’s General Hospital before she was transferred to Bach Mai Hospital, Hanoi’s biggest hospital, but she died on Sunday morning, said Nguyen Viet Binh, chairman of the district’s Nhi Khe Commune.

The cause for her death has yet to be identified, Vu Cao Cuong, deputy director of Hanoi Health Department, told VnExpress Monday.

“The department will have a review of this vaccination incident within today,” he said.

The Expanded Program on Immunization Office under the Ministry of Health said it will speak to the press after meeting with experts on the case.

Hanoi has vaccinated children since Nov. 23, starting with those aged 15-17.

Nearly 30 provinces and cities have vaccinated children 12-17 years old with more than 2 million doses. More than 23.1 percent of the children in the age group have received at least one dose.

On Sunday afternoon, a 16-year-old boy in northern Bac Giang Province was confirmed dead after he received the first Pfizer dose on Nov. 24.

The cause of death has been identified as anaphylactic shock.

Vietnam has approved two vaccines of Pfizer and Moderna for vaccinating children between 12-17 years of age, local media reported. 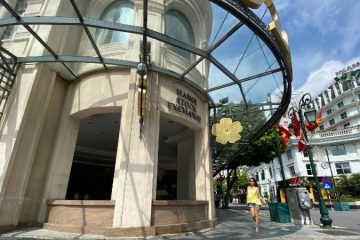