Being the most beautiful time of the year, the demand to travel abroad of Vietnamese tourists has exploded after more than 2 years of being “buried” because of the Covid-19 epidemic. The number of Vietnamese visitors to Indonesia, South Korea, Japan, etc. has increased higher than last year and compared to other countries.

Nhu Thi Ngan, General Director of Hanoi Tourism JSC, said that after the Covid-19 epidemic, Vietnamese tourists did not have too many choices about destinations because the disease control policies of other countries were not synchronized. Therefore, only a few countries that open their doors and completely remove barriers, such as removing testing, removing quarantine, etc., can attract tourists.

In particular, the number of visitors to Indonesia and Korea is the largest, because these two destinations have reasonable costs (from 10-17 million VND/person), simple procedures. Ms. Ngan cited, to Bali (Indonesia) guests do not need tests, no visas; Korea has a visa-free policy for Vietnamese when registering a tour with a travel agency designated to sign up for the whole entry trip at Yang Yang airport. Ms. Vu Bich Hue, representative of Flamingo Redtours, also said that the outbound market (Vietnamese people traveling abroad) has changed significantly when Japan, Korea, and Taiwan (China) opened entirely to tourists in the fourth quarter. The above routes are chosen by many Vietnamese tourists not only because of the stimulus policy, strong communication and invitations from promotion agencies, but also because the natural scenery is entering the most beautiful season of the year – Red leaf season.

During this time, the number of Vietnamese tourists going to Japan also increased. A representative of a travel company in Hanoi revealed that there is a tour departing to Japan every week, the number of visitors is quite regular, from 25-50 guests each time, so the company is gathering guests to go to Japan for spring travel, with departures from the 1st and 2nd of Tet.

Thus, it can be seen that the number of Vietnamese tourists traveling abroad is bustling again. At Hanoi Tourism, Ms. Ngan informed that there are nearly 3,000 foreign tour guests through the company, up to now.

A representative of TST Tourist informed that the company’s foreign tourism segment has recovered over 90%. Markets that recorded strong growth include Southeast Asia, Europe, the US, recently Korea, followed by Japan. Enterprises expect outbound visitors to have strong growth by the end of 2023 and fully recover from 2024. 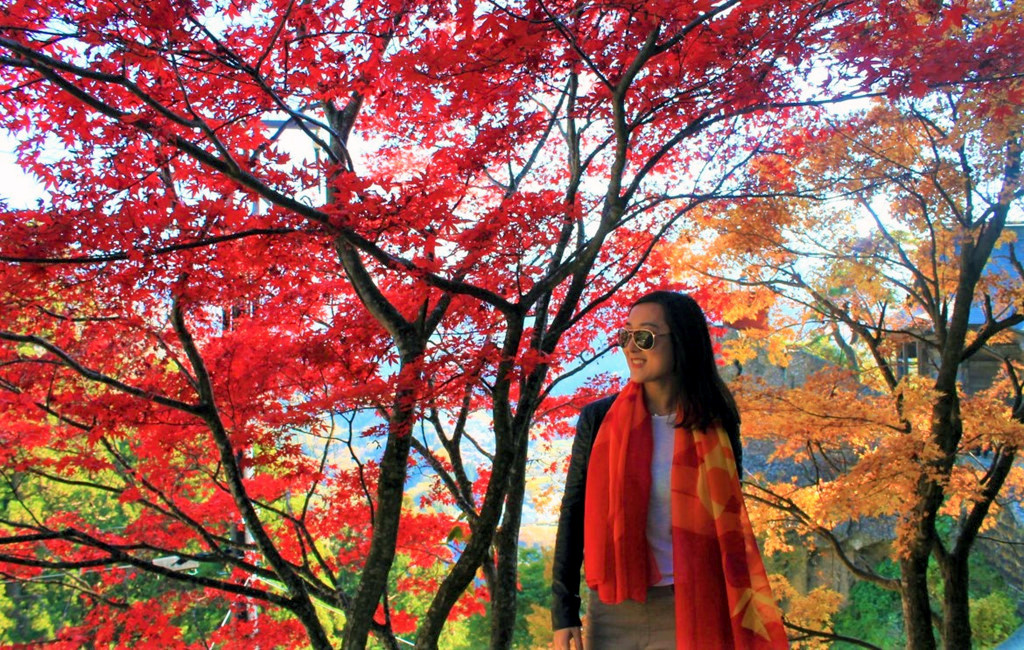 With Vietravel Tourism, the revenue growth rate of foreign tourism also increased. According to the company’s third-quarter financial report, in September 2022, outbound revenue accounted for 50% of the total revenue structure, nearly equal to the rate of 66% before the Covid-19 outbreak.

Ms. Tran Thi Bao Thu – Marketing and Communication Director of Fiditour – Vietluxtour, commented that the number of foreign tourists is not comparable to the previous years. But compared to the same period last year, the outbound market has had a favorable start to the recovery period when the epidemic situation in Vietnam and many foreign destinations are controlled stably, products are refreshed, promotion agencies actively coordinate with travel agencies to promote and stimulate demand quite well in target markets.

According to Ms. Ngan, although the number has recovered, because tourists have tightened their spending, the demand has not increased much. In addition, there are a number of other unfavorable factors such as the increase in prices, because gasoline prices increase, foreign exchange rates change, especially the USD skyrocketing, causing the selling price to increase as well. This will gradually stabilize again in 2023. With the post-Covid-19 start, this growth in visitor arrivals is also a very positive and encouraging sign for tourism.