According to a new report, Vietnamese people spent 362 million USD (about 8,472 billion VND) to buy milk tea and similar products in 2021.

Research published August 16 shows a preference for bubbly teas. This industry in Southeast Asia grows to 3.7 billion USD by 2021, including bubble tea and tea-based beverages. 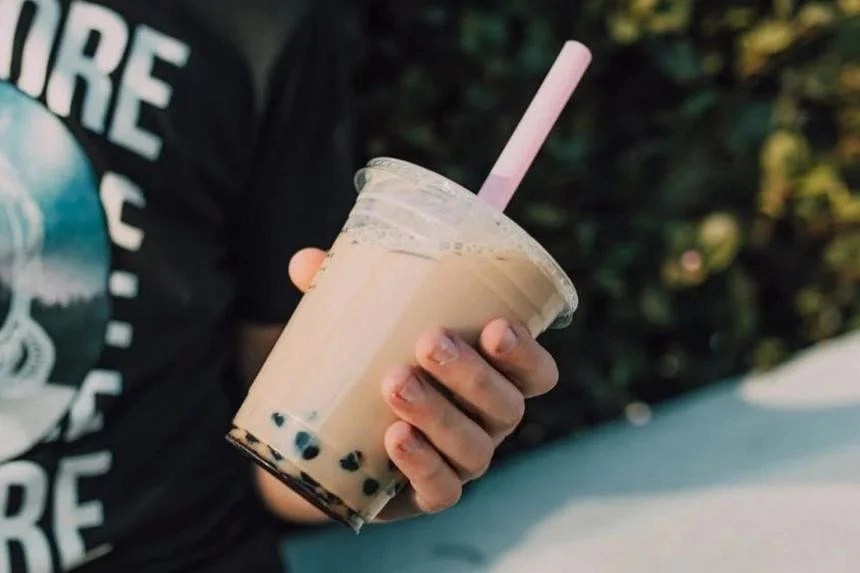 Next is Thailand with a revenue of 749 million USD thanks to the operation of more than 31,000 milk tea shops and other retail channels.

Singapore, the smallest country in the region, ranks fourth with annual revenue of $342 million, just behind Vietnam with 362 million USD.

Regardless of the country’s size, Singaporean consumers are said to pay the most, as the average price of a milk tea order in the lion island nation is nearly double that of other countries in the region. Since then, Singapore has become a great market for luxury brands.

Currently, there are more than 60 brands of bubble tea operating with different tastes and prices in Singapore. This is the first entry point in Southeast Asia for “premium” milk tea brands like Heytea. 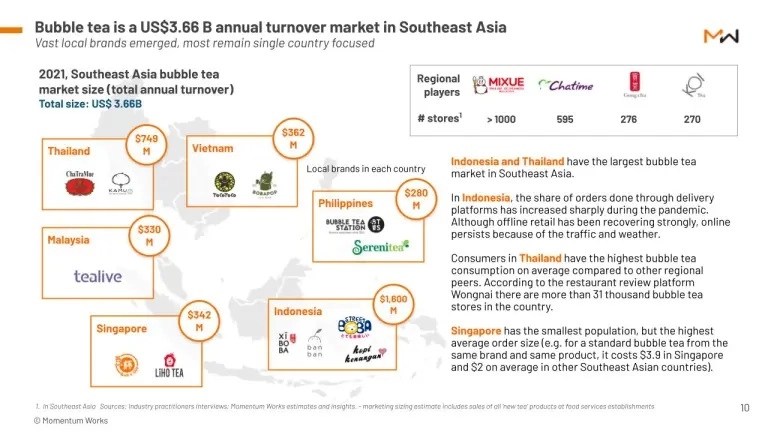 Although the region’s bubble tea industry has long been dominated by brands from Taiwan (China) and domestically produced, that seems about to change as a range of Chinese brands Quoc found its way into Southeast Asian markets.

The bubble milk tea market in China, estimated to have 20 billion USD in annual sales, has seen a number of well-known brands such as Mixue, Chagee and Heytea take root in Southeast Asia, competing with Gong Cha and Koi.

However, according to Momentum Works, while gross margin across products is pretty good across the industry – estimated at 60% to 70%, very few companies can manage continued profitability at scale.

For example, Nayuki, the first milk tea brand to go public in Singapore, has seen its market capitalization drop by more than 70%. Mr. Sik Hoe Yong, managing director of qclub said: “Many young people in Southeast Asia want to open a milk tea shop. But despite its high margins, it’s a commodity with little differentiation, with easy-to-copy products and a challenging supply chain.”

However, he believes that consumers’ love for bubble tea is unlikely to change anytime soon, and they are more likely to continue to support their favorite brands with their wallets.

The study also emphasizes that price is not the only factor affecting customers’ decision to buy milk tea. Instead, deciding which brand to choose depends on the types of products in the store, as well as the number of stores that the brand has.

Mr. Li added: “It is not difficult to observe and learn the play and strategy of the competitors from China, but it is more important to ensure the economy per product and a good return on investment.”