Compared to many other mobile companies, the import turnover of phones from these 5 manufacturers proved to be completely superior. For example, the import of Nokia phones in the 5th position only reached 23.5 million USD – equal to 1/10 of the previous company, continued to decline sharply for the next positions such as Itel (12.3 million USD). ), Masstel ($8.6 million), Motorola ($3.13 million), Asus ($1.94 million), Sony ($1.24 million). 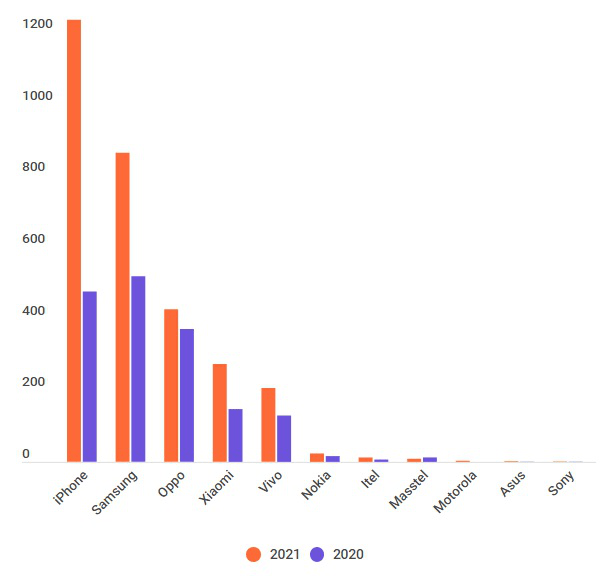 Import turnover of some phone lines to Vietnam in 2021 compared to 2020 (unit: million USD).

The outstanding import turnover of 5 manufacturers including Apple (iPhone), Samsung (Galaxy), Oppo, Xiaomi and Vivo quite coincides with the picture of mobile market share in Vietnam in 2021. According to data from the research firm According to GfK market research, Samsung is the largest smartphone manufacturer in Vietnam with 32.1% market share, Oppo ranks second with 20.1%, Apple accounts for 10.2%, Xiaomi is 9.1% and Vivo is 9.3%.

READ MORE:  Things to know about the express solution, which helps PVI to drive IFRS 17 compliance in mere weeks

The biggest difference comes from the total import value. Apple only ranks 3rd in terms of market share, equal to 1/2 and 1/3 of the number of units sold, respectively, compared to rivals Oppo and Samsung, but the value on each product is much higher. For example, although Samsung has sold 3 times more devices than its competitors, the total import turnover is only about two thirds (more than $800 million compared with $1.2 billion).

Import turnover increased by 158%, which is an impressive number for Apple products (from $ 475.5 million to more than $ 1.2 billion). In fact, in the last 2-3 years, Vietnam has always been in the group of markets with the most impressive growth rate of Apple. During the quarterly sales report announcement sessions, CEO Tim Cook mentioned Vietnam and India as typical examples of good growth.

During the sale of genuine iPhone 13 at the end of October, most major resellers reported record order sales – although the company had great supply chain difficulties, causing shortages to occur on a large scale. 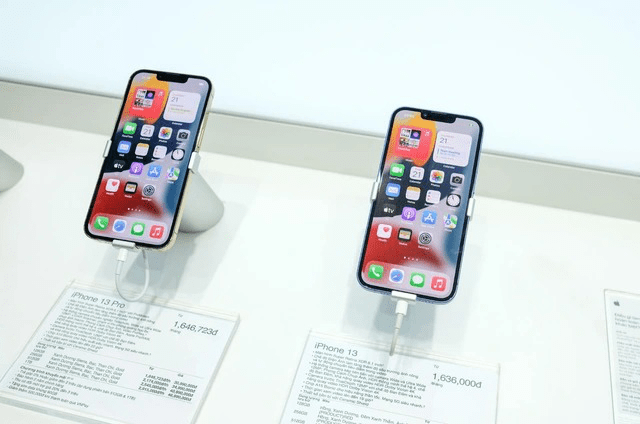 Mobile World announced to sell 18,000 iPhone 13 units in the first 7 days of sale, earning VND 500 billion. This sales increase 2.5 times compared to 2021. The total number of orders received by this system in the preorder program is up to 43,000 times, of which 34,000 customers have made a deposit.

READ MORE:  Travel more than 2,500km in a Tesla Model S without charging

FPT Shop – the second largest retailer in the market – said it sold more than 25,000 devices in the first 2 weeks, earning nearly 800 billion VND. Even this unit confidently sold 80,000 units until December.

These are all record numbers in terms of sales of an iPhone model in particular and the entire smartphone market in general in Vietnam – showing that the appeal of iPhone 13 is extremely large.

According to many experts, the iPhone market in Vietnam has “matured” dramatically in the past few years. with 2 important “indicators”.

Firstly, hand luggage has been “cleaned” in an almost clean manner. In the previous periods, the ratio of selling genuine and portable iPhones was often maintained at 50:50, even hand-carried goods were slightly better. For example, according to an unofficial statistic in 2019, there are about 1 million genuine iPhones sold in Vietnam while the number of unofficial ones is up to 1.2-1.3 million units.

Meanwhile at the present time, portable iPhone has almost no living land. Basically, the number of laptops sold is only about 1/10 before, or even lower. Most of the well-known retail systems in Vietnam have signed an agreement with Apple or Apple’s distribution partner to become an official dealer of iPhone – which means “break” with laptops. . At this time, only a few small retail businesses still sell portable iPhones, focusing heavily on the period when the device is open for sale in the international market to take advantage of the group of customers who want to own the device soon.

READ MORE:  Everything you should know about Chatwork – An effective remote working solution for business during Pandemic

The turning point that caused portable iPhones to be removed from the market, in addition to some tightening policies of the market, came from the Covid pandemic when the restriction on travel between countries in the period of 2020-2021 made the group of portable goods hands are almost “paralysed”. 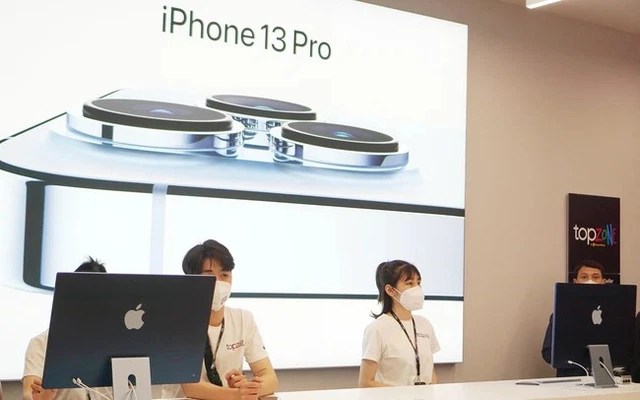 The second is the strong development of specialized store chains dealing in Apple products. Previously, FPT Retail’s F-Studio was considered the most notable name in this segment, but in 2021, a series of other retail chains have announced their entry into the market. Mobile World opened the Top Zone chain at the end of 2021 with a plan to open up to 50 stores by the end of the first quarter of this year. The Mono Store chain in Vietnam – considered a miniature Apple Store – also has the participation of Shop Dunk, also with a plan to open about 50 stores in 2022. Some authorized Apple dealers such as CellPhoneS or Minh Tuan Mobile also confirmed its plans to open a Mono Store.

According to representatives of large retail systems, the cleaning of hand-carried goods and the wide acceptance of specialized store chains will be an important signal for Apple to consider opening an Apple Store in Vietnam. In fact, there have been rumors that this technology giant is making important preparations for opening a top-level retail store in Vietnam.

However, with Apple’s usual secrecy, it may not be until all the preparations are completed that more detailed information will be revealed. 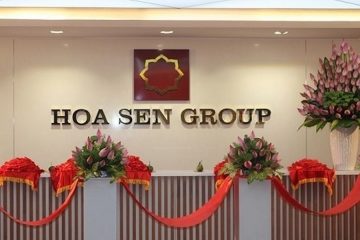