Sabeco’s board of directors has released a decision on dismissing Hoang Dao Hiep from the post of deputy general director, according to the Ho Chi Minh City stock exchange.

As such, after three years of Sabeco falling into Thaibev’s hands, the board of directors now has one Vietnamese – Lam Du An, who is now deputy general director.

Prior to that, in mid-2018, Thai billionaire Charoen Sirivadhanabhakdi officially completed the plan to replace Vietnamese officers at key posts at Sabeco after three months of reshuffling the brewer with the largest market share in Vietnam.

At the shareholders’ meeting held on July 21, 2018, Koh Poh Tiong, of Singaporean citizenship, was appointed to the post of chair of Sabeco’s board of directors.

Nguyen Thanh Nam was sent to Sabeco by the Ministry of Industry and Trade (MOIT) as the representative of the state’s capital share at Sabeco. Nam then replaced Vu Quang Hai.

The other three members of the board of directors also have relations to the Thai billionaire, including Tran Kim Nga, Michael Chye Hin Fah (Singaporean nationality) and Pramoad Phornprapha (Thai nationality).

Neo Gim Siong Bennett, born in 1946, graduated from Nanyang University in Singapore. He has many years of experience in the beer, oil and gas, maritime industries and supply chains. He has worked in Asia, the US and UK.

After falling hands into the Thai billionaire, Sabeco has met with many difficulties and seen turnover decrease partially because of Decree 100 which imposes heavy fines on drunk drivers and the Covid-19 pandemic. However, it still can obtain high profits, trillions of dong, thanks to effective cost control.

In late 2017, Vietnam Beverage, a subsidiary of ThaiBev, spent $5 billion, to acquire 53.6 percent of Sabeco’s shares from MOIT.

Sources said that ThaiBev has merged Sabeco and the beer production division in Thailand for an IPO that would have the value of $10 billion. The amount of Sabeco shares held by ThaiBev is worth $2.7 billion. 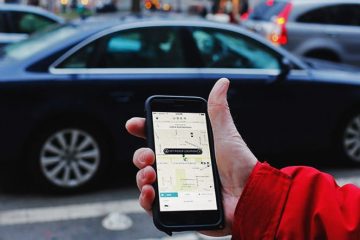