Vietnam will be alternative investment destination to Myanmar after the coup. Here’s why

The military coup in Myanmar has forced investors who had earmarked capital for the country to look for nearby alternatives.

Delta Capital, Anthem Asia and other funds that have solely focused on Myanmar are adopting a wait-and-see approach, and those with a wider geographic footprint are funneling money to destinations like Cambodia and Vietnam.

“Once borders open up after the pandemic, and Asian investors return physically to Vietnam,” said Field Pickering, head of venture investing at Vulpes Investment Management, which in 2016 launched the early-stage vehicle Seed Myanmar, “I believe it will be a feeding frenzy and you will see deal activity erupt, pushing Vietnam to the top of the list of emerging markets attracting foreign investment.”

In the past five years, the Cambodia-Laos-Myanmar-Vietnam subregion has clocked annual gross domestic product of around 6%, much higher than elsewhere in Southeast Asia.

Related: How to set-up a foreign invested company in Vietnam

Investors have sought to make the most of this. According to the Association of Southeast Asian Nations, foreign direct investment flows into the CLMV subregion grew 6.3% in 2019. While Vietnam was No. 1 in terms of value at $16.1 billion, it was Myanmar that registered the highest growth, 55.9%.

The military’s seizure of power on Feb. 1, though, has most likely halted much of this flow.

“Investor money that might have gone into Myanmar will not be going there,” Dave Richards, managing partner of impact investor Capria Ventures, told DealStreetAsia. “The countries around the region will benefit.”

DealStreetAsia reported last February that the U.S. company would invest up to $8 million in selected countries, with a focus on Myanmar and Nepal. “Capria’s efforts will focus on supporting local fund managers in Myanmar to strengthen their business, accelerate growth and build world-class investing operations,” the company said, adding that it would back two to three general partners from Myanmar to join its global network of 22 managers.

Many of those plans are now on pause, and Capria is set to make its first investment in Vietnam this year while also looking for opportunities in Cambodia, Bangladesh and Nepal.

Meanwhile, many businesses have terminated Myanmar partnerships that involve companies with ties to the military.

Japanese brewer Kirin Holdings, for instance, severed ties with Myanmar Economic Holdings Ltd. (MEHL), which provides welfare fund management services to the military. Lim Kaling, co-founder of Singapore-based gaming company Razer, recently announced that he is divesting his stake in a venture which indirectly owns an interest in the MEHL-linked Virginia Tobacco Company.

“The present coup suggests that, for the sake of wresting domestic control, the Tatmadaw [Myanmar’s military] is ready to give up the diplomatic, trade, and investment gains of the last decade,” said Romain Caillaud, a principal of the Tokyo-based advisory SIPA Partners.

Also read: Breaking News: At least 18 people were killed in Myanmar, the U.N. said, as the military escalated its crackdown on the daily protests against its month-old coup.

Many Myanmar-focused investors might now cast wider nets. “I expect a lot of investors that leave Myanmar to shift from a Myanmar-only strategy to a regional strategy,” said Andrew Durke, COO of Obor Capital. The Cambodian VC last year had plans to invest $13 million in CLMV startups, DealStreetAsia reported.

Myanmar entrepreneurs, meanwhile, might get up and move to other countries, then build and grow companies from elsewhere in the region. “It would be Myanmar’s loss and Southeast Asia’s gain,” Pickering said.

Like Pickering, Obor Capital’s Durke is also high on Vietnam.

“For investors with set investment mandates in Southeast Asia and purely looking for financial returns,” he said, “Vietnam remains a strong option for the same reasons that made it attractive in the past five to 10 years.”

In addition, if demand for infrastructure projects in countries like Cambodia and Laos present opportunities for private equity, Vietnam would also stand out thanks to its talent pool and the ecosystem that venture capital needs to support innovation at scale, according to Capria’s Richards.

The Dutch development bank FMO says Vietnam has already built a business ecosystem that can facilitate investments from companies moving part of their supply chain out of China. “A business-friendly government policy will help convince foreign investors to increase the capital allocated to this region,” an FMO representative told DealStreetAsia.

Although Vietnam has more competition for deals, fund managers believe a healthy “next investor” dynamic exists — “something that never arrived in Myanmar,” Pickering said.

More competition means more deal flow and a larger market with more exit options. All of these factors have made Vietnam the “track record” of the CLMV region, Durke said.

Phnom Penh-based Obor Capital, which has invested in five Cambodian businesses and one Vietnamese company with ops in Vietnam and Laos, is betting on Cambodia as a preferred investment destination.

Durke expects Cambodia to write a story similar to that of Vietnam. Cambodia can absorb more capital, especially for deals in the $500,000 to $3 million range, he said. “Examining the characteristics that make Myanmar attractive to investors, I think Cambodia is the most similar [to Myanmar],” he said.

Most investments in Cambodia go into real estate and infrastructure; investments in the consumer and tech sectors, meanwhile, have not kept pace with the nation’s economic growth.

Cambodia’s economy has grown at rates above 7% since 2011, and the share of people living in poverty has more than halved in the last decade, according to the United Nations Development Program. It is targeting 2030 to become an upper-middle-income country and 2050 to become high income.

Digital technology at 90% of Cambodian businesses remains at a basic level, the U.N. Development Program said in an August 2020 report. But the country’s growing economy, with increasing FDI flows and a youthful population, could generate opportunities to exploit new technologies and allow the country to reach its national income goals.

READ MORE:  Here’s what you may want to know about Vingroup’s battery strategy for Vinfast’s electric vehicles

Pickering from Vulpes Investment Management, however, is skeptical because of Cambodia’s small addressable market. Laos is even smaller, and it is “difficult to imagine homegrown companies there ever scaling to create venturelike returns,” he said.

However, as development finance institutions likely retreat from Myanmar, Cambodia is probably going to see more capital, according to Durke.

“Frontier markets like Cambodia are still very new to private equity and venture capital, so investing here is investing in the future,” Durke said. “And there is a big advantage of being the first mover in this market and getting attractive valuations.”

Emerging Markets Investment Advisers, which has sealed the majority of its deals in Cambodia, says it continues to see strong interest from existing and new limited partners, according to CEO Joshua Morris. The company is raising its third fund with a target of up to $120 million; it expects its first close next quarter.

The standard private equity and venture capital model is difficult to execute in frontier markets as it requires a more patient fund structure with hands-on solutions provided to portfolio companies.

“If you hold a fire sale, instead of holding on and developing the firms for one to three more years,” Durke said, “you might end up selling what could be very good companies. [In CLMV countries], it’s a different type of risk, like finding enough good talent and understanding the legal framework.”

This explains why more development finance institutions, which have a higher risk appetite for the region, join as limited partners in CLMV funds, compared with other investors. These institutions also have knowledge and networks in these markets. “Our mandate,” an FMO representative said, “is to stay in tune with the needs of the entrepreneurs we empower.” 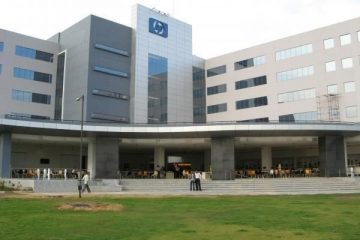