Vietnam is ready to welcome back international visitors from next month

Almost two years on from the border being shut, Vietnam’s tourism sector is ready to welcome back foreign tourists from next month.

In an effort to accelerate economic recovery and revive the tourism sector, the Vietnamese Government last week decided to fully reopen its borders to foreign tourists from March 15, about three months earlier than previously planned.

On Monday, domestic airlines were allowed to resume regular international flights. Restrictions on flight frequency, quarantine and testing requirements were abolished or loosened. Tourists now only need to have a certificate showing a negative COVID-19 test result (test taken within 24 hours prior to arrival in case of rapid test, or 72 hours in case of RT-PCR test).

This policy is in line with other Southeast Asian countries that are planning to fully reopen their borders.

According to Đinh Việt Thắng, general director of the Civil Aviation Authority of Việt Nam, now is a good time to open as it not only facilitates airlines to restore and re-use their existing capacity, but also presents them an opportunity to access new markets at a time when not all international airlines have resumed their full services.

“If we are slow at this stage, waiting a few more months for when airlines simultaneously restore their routes, it will be very difficult for latecomers,” Thắng said.

Last week, Thai tourism businesses called on the government to declare COVID-19 an endemic disease and fully reopen the country to international tourists by lifting all restrictions from next month on fears that if not doing so, the country may lose their ability to compete with other nations in the region.

On February 1, the Thai government resumed their Test & Go programme, allowing foreign tourists to visit the country without quarantine as long as they take a negative COVID test on the first and fifth day of their trip.

On February 10, the Philippines opened their borders to vaccinated tourists and business travellers, without a quarantine requirement.

Other nations such as Malaysia, Singapore and Japan are also considering resuming border reopening after a pause due to the Omicron outbreak.

April used to be a busy time for the Asian tourism industry, as Western tourists usually like to travel to Asia during the Easter holidays. Around the world, several countries including Sweden, Denmark, Norway and the United Kingdom have cancelled almost all of their COVID curbs.

According to experts, if Asian countries are late in reopening their doors, international tourists may lose interest in the region and turn to other destinations.

“Vietnam is one of the countries in Southeast Asia that opened border quite early and this is a golden opportunity for our tourism industry,” Lê Hồng Thái, deputy director of Hanoi Tourist, told Vietnam News.

“It can’t be said that we will have tourists right after we open the border and the number of visitors can be the same and even more than before the pandemic broke out in 2019. However, if we have a good preparation and promotion, I think in a short time, maybe one or two years, it’s possible for the tourism industry to recover to near the level it was at in 2019,” Thái said. 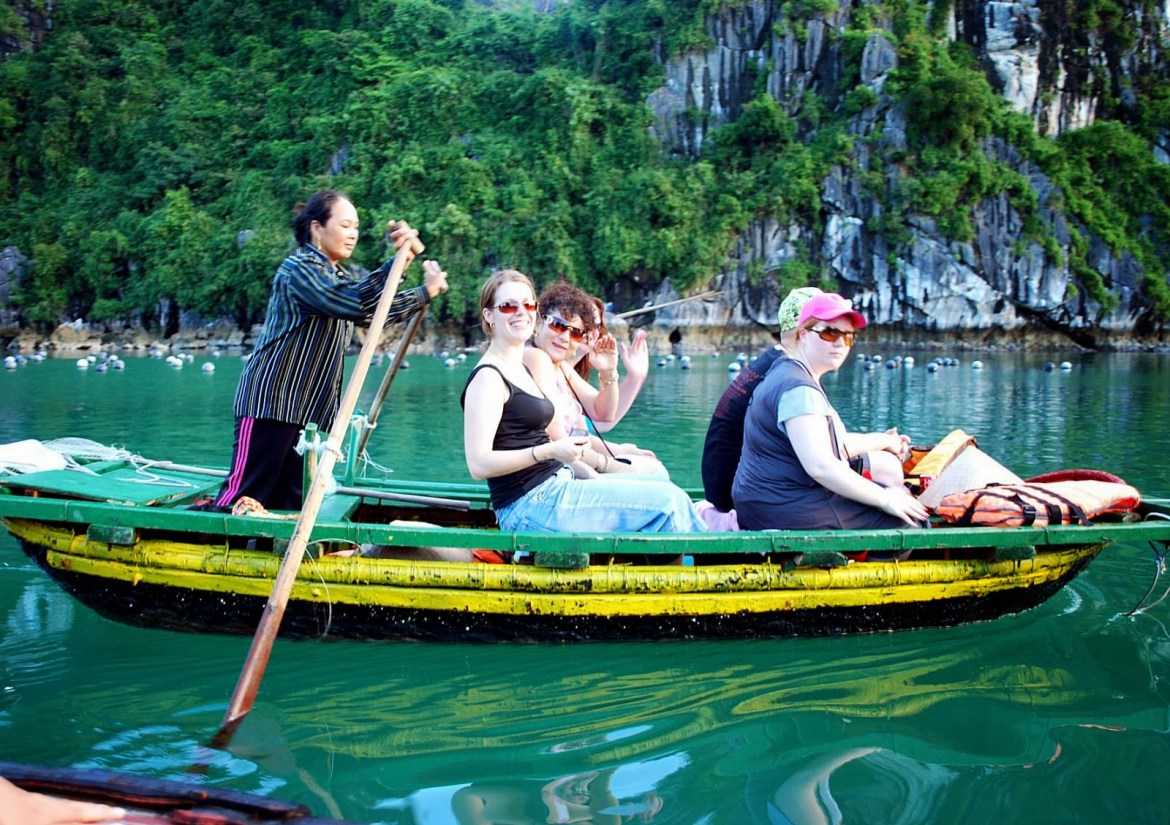 Hanoi Tourist have been preparing for this occasion. The company will develop new tourism products to meet the changing demands of customers in the new period.

“Our new tourism products are completely different from the old ones. They are closely attached to health regulations involving pandemic safety and prevention,” Thái said, adding the company had built a safety-critical process to serve tourists, including what to do if travellers have COVID-19 symptoms.

READ MORE:  Vietnam Airlines plans to resume direct flights to the US amid pandemic

Vietravel has also prepared plans to welcome international tourists in 2022. It has completed product sets in accordance with the requirements of the pilot programme to welcome international tourists and the demand of customers from Southeast Asia, the Middle East, America and Europe. The company is strengthening marketing campaigns to partners and customers in these markets.

“In the new normal situation, we have to be more flexible and innovative,” the company’s representative said, focusing on increasing safety by applying safety standards and procedures suitable for each destination, and strengthening search, survey and launch of new product sets.

He predicted business travellers would likely come in quickly but some habits would change, such as the growth of software packages to communicate online. Meanwhile, it would take a good number of weeks for leisure travellers to come back, because it would not be just about access to Việt Nam but also about access back to their country, costs of flight, flight availability and so on.

“Our expectation is that by Q4, essentially by October, November, we should have business at approximately 30 to 40 per cent of what we consider to be normal in a very busy normal year, if we are well,” he said.

In HCM City, the city’s Department of Tourism has just announced 13 hotels from 3 to 5 stars and two international travel agencies that are eligible to welcome international guests under the pilot programme to welcome foreign tourists to the city.

Hotels such as Grand Saigon, Rex Saigon, Continental and Majestic are now ready from the stages of safety standards, facilities, and human resources, to welcome international guests.

Airlines such as Vietnam Airlines, Vietjet and Bamboo have all restored international routes as usual to Northeast Asia, Southeast Asia, Australia, Europe and the United States.

Đặng Tất Thắng, CEO of Bamboo, said one advantage of opening at this time was that the airline could get a slot at a good flight time that it couldn’t get before.

“The opening at this time is very accurate and will help Vietnam have many advantages over other countries in the region,” Thắng said.

In the second phase from 2024 to 2026, the sector is set to serve some 16 million international tourist arrivals and around 80 million domestic ones by 2025, with total expected revenue reaching VNĐ780 trillion.

By Mai Huong @ VNS. This article was first posted on Vietnam News