The number of Chinese cars imported to Vietnam by mid-December, 2022 reached 16,240 vehicles, with a turnover of 670 million USD.

The General Department of Customs (Ministry of Finance) has just said that although 2022 has not ended, the total number of cars imported in complete units has reached 163,333 vehicles, with a total turnover of 3.62 billion USD, as of mid-December 2022. In particular, the above result surpasses the record number of nearly 160,000 imported cars in the whole year of 2021.

Regarding the import market, leading the market share are still 3 countries in Asia including Indonesia, Thailand and China. With 141,328 vehicles, the three markets above account for 93.23% of the total imported CBU cars of the whole country. 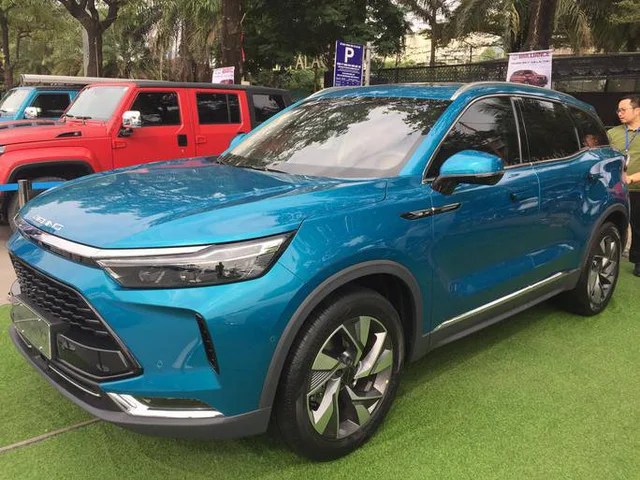 A Chinese car model has been imported to the Vietnamese market recently. Photo: M.Chien

Only in the first 15 days of December, the whole country imported 11,769 CBU cars, with a total turnover of 219.33 million USD. With 10,091 cars, cars with 9 seats or less are still the main imported products of Vietnam’s auto market, accounting for 85.7% of the proportion of all CBU imported cars in the first half of December.

This group of passenger cars also achieved an import turnover of nearly $175 million, equivalent to an average of more than 17,300 USD per vehicle.

READ MORE:  Here’s how Vietnam will stand out as a post-pandemic investment destination.

According to the General Department of Customs, from the beginning of the year until now, the total value of auto parts and accessories brought to Vietnam has reached more than 5.6 billion USD, while this figure for motorcycles and spare parts and accessories reached more than 776 million USD. The number of components is forecasted to increase sharply, especially in 2023, when the number of locally assembled cars is increasing.