Vietnam has the second highest rate in terms of cryptocurrency use

Twenty percent of Vietnamese said they had purchased Bitcoin, the highest among 27 countries polled with 42,000 respondents, according to the survey by U.S. based financial consultancy Finder.

“Remittance payments may have played a significant role in these numbers, with cryptocurrency an option for migrants who want to send money home and avoid exchange fees,” the report stated.

Despite having the 53rd largest economy based on gross domestic product, Vietnam placed 13th in realized Bitcoin gains for 2020, according to Cointelegraph.

Adoption was especially high in Asia, with 30 percent of respondents in Indonesia and India claiming to have bought cryptocurrency, the Finder’s survey found.

In Malaysia and the Philippines, this proportion was 29 percent and 28 percent, respectively.

There were between 1,160 and 2,511 respondents for each country covered in the study.

Also read: Bitcoin price back above $46k amid the ‘return of retail Investors’

Data from Statista in February showed Vietnam had the second highest rate in terms of cryptocurrency use among 74 surveyed economies, driven by remittance payments. 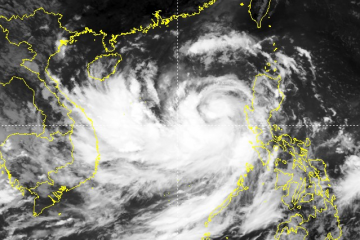