Both patients are employees of Taiwan-owned Vietnam Poyun Electronics Co., Ltd. in Chi Linh Town. They had close contact with previously confirmed patients and have already been quarantined following contact tracing.

Their test results Friday confirmed they were positive for the virus. Both are being treated at a local field hospital.

The Health Ministry also reported an imported case, a 48-year-old man hailing from north central Ha Tinh Province. On March 11, he landed at Ho Chi Minh City’s Tan Son Nhat International Airport on a flight from Germany and was quarantined upon arrival.

The national tally has increased to 901 in 13 cities and provinces since Jan. 28 when community transmission reemerged in Vietnam after almost two months.

Authorities in Hai Duong on Friday increased home quarantine from 14 to 21 days for discharged Covid-19 patients to prevent the risk of further outbreaks as the province of 1.7 million people tries to curb the spread of the virus.

The discharged patients can only complete their 21-day home quarantine after they test negative thrice.

The nation began its mass vaccination campaign Monday. Over the past six days, a total 5,248 medical staff and frontline workers in nine localities have received the first dose of the vaccine developed by the British-Swedish company in collaboration with Oxford University.

On Saturday, the Health Ministry ordered an investigation into the reasons why 12 had suffered anaphylaxis after receiving their AstraZeneca Covid-19 shots, according to VNExpress. 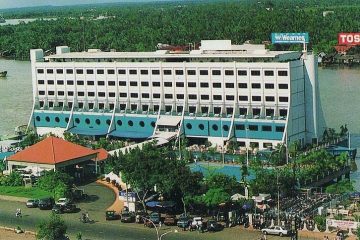