The tropical storm paradise currently off the coast of the Philippines is expected to enter the East Vietnam Sea later this week, causing rough seas and severe weather on the mainland.

The National Defense Disaster Management Steering Committee held a conference call with 20 provinces and cities in central and southern Vietnam to prepare for the arrival of thunderstorms.

As of Wednesday morning, the storm was 800 kilometers east of the Philippines, with wind speeds of 100-117 kilometers per hour, said Hoang Phuc Lam, deputy director of the National Center for Hydrometeorological Forecasts. Storm Rai is expected to move northwest and gain strength, with wind speeds increasing to 135-165 kilometers per hour, Lam continued. However, it could weaken after passing the Philippines, he added.

The storm is likely to enter the East Vietnam Sea between Friday evening and Saturday morning, making it the ninth storm to hit Vietnam this year. The storm will cause strong winds that can reach 130 km per hour and strong waves in the offshore zone, including the Vietnamese archipelagos of Truong Sa (Spratli) and Hoang Sa (Paracel). Storm Rai could interact with an intensified cold front in northern Vietnam, so its path will be unpredictable, Lam warned, adding that the storm is likely to affect weather conditions on the mainland as early as Sunday. Landing is scheduled for Monday next week. 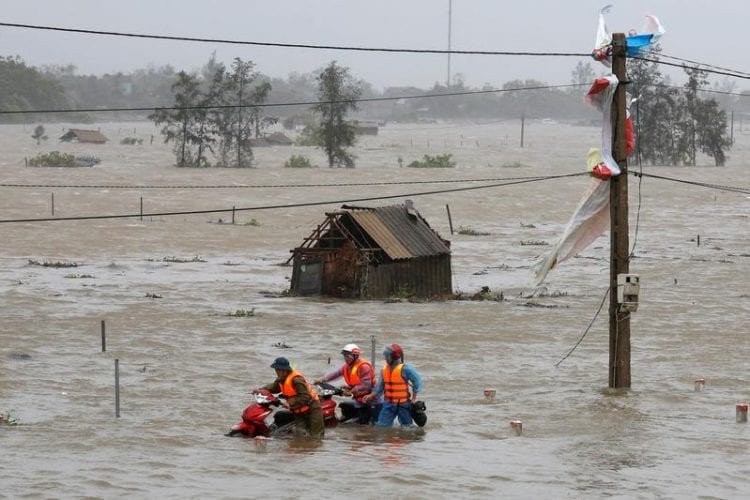 The National Steering Committee for Disaster Prevention and Management has asked coastal authorities from north-central Quang Binh province to southern Kamau province to closely monitor the development of the hurricane. The center stressed that the captains of local vessels and fishing vessels should be immediately informed about the potential danger at sea.

The National Center for Hydrometeorological Forecasts previously predicted that five to seven tropical storms or depressions would occur in the East Vietnam Sea in the last quarter of this year, of which two to four would hit mainland Vietnam directly. The East Sea of Vietnam is expected to face another 6-8 tropical storms and depressions this year, including 2-4 that will hit Vietnam directly, forecasters said.