The Government has set a target that by 2025, a number of national and regional urban centers will be formed that will achieve health, education and cultural norms equivalent to the average level of cities in the group of 4 leading ASEAN countries. By 2025, the urban economy will contribute about 75% of the country’s GDP and about 85% by 2030. 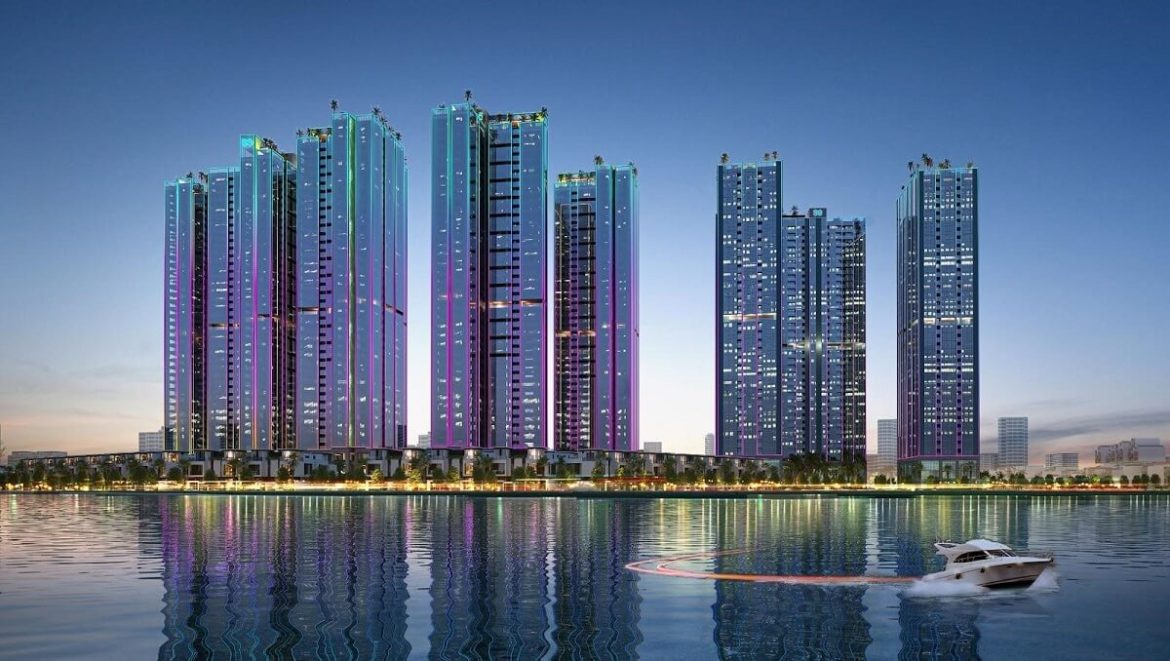 Vietnam strives to, by 2030, form a number of national-level urban centers that achieve targets equivalent to the average of cities in the group of four leading ASEAN countries – Photo: TL

On November 11, Deputy Prime Minister Le Van Thanh issued Resolution No. 148/NQ-CP, promulgating the Government’s Action Program to implement Resolution No. 06-NQ/TW dated January 24, 2022 of the Ministry of Government on urban planning, construction, management and sustainable development in Vietnam until 2030, with a vision to 2045.

Accordingly, the government sets a target that by 2030, the national urbanization rate will reach over 50%; the ratio of urban construction land to the total natural land area is about 1.9-2.3%; the number of urban centers nationwide by 2030 will be about 1,000-1,200 urban centers.

By 2025, 100% of existing and new urban centers will have master plans, zoning plans, urban renovation, embellishment, reconstruction and development programs; ensure that at least 100% of urban centers of grade III or higher complete the criteria for urban classification in terms of infrastructure, especially infrastructure for healthcare, education, training and urban-level cultural works.

By 2030, form a number of urban centers at national and regional levels, reaching urban-level targets on health, education, training, and culture equivalent to the average level of cities in the group of four countries leading ASEAN.

The urban economy in 2025 will contribute to the national GDP about 75% and about 85% by 2030. The share of the digital economy in the GRDP of cities under the central government will reach an average of 25-30% by 2025, 35-40% by 2030; build a network of central smart cities at national and regional levels with international connections and 3-5 urban centers with regionally and internationally recognized brand names by 2030.

With a vision to 2045, the urbanization rate is in the middle and high group of ASEAN and Asia. The urban system is linked into a synchronous and balanced network between regions and regions, adapting to climate change, preventing and combating natural disasters and epidemics, and protecting the environment; build at least 5 cities of international stature. The economic structure of urban areas develops in a modern direction, with green economic sectors and digital economy accounting for a large proportion.

To achieve the above objectives, the Government requires ministries, ministerial-level agencies, Governmental agencies, People’s Committees of provinces and centrally run cities to focus on directing and organizing the implementation of 5 groups of tasks.

In which, there is a consensus on awareness and action on urban planning, construction, management and sustainable development; improve the quality and management of planning to meet the requirements of sustainable urban development; invest in developing a synchronous and modern urban infrastructure system; develop specialized tasks, projects and mechanisms and policies.

By 2025, it is required to complete the review and cover the general planning in existing and new urban areas; medium and large cities all have architectural management regulations approved by competent authorities.

By 2030, at least cover the zoning planning of central areas, areas to be developed, and areas for which new urban administrative units (districts, wards) are expected to be established.