Today, where does Vietnam’s GDP per capita stand in the world? 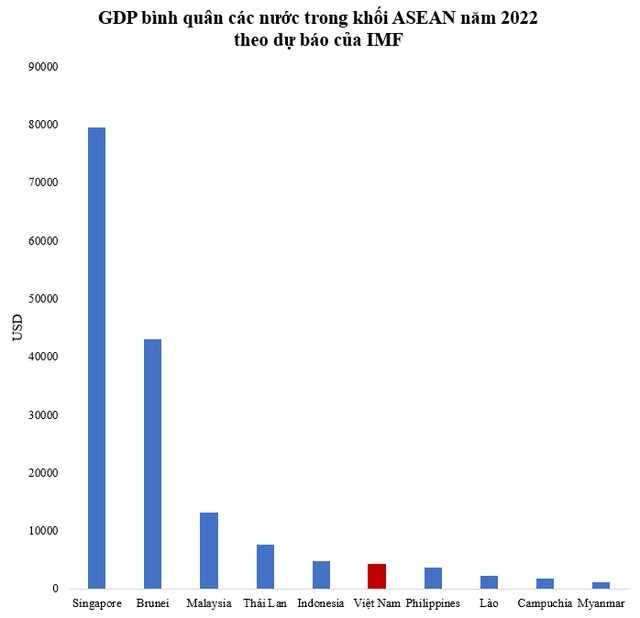 Average GDP of ASEAN countries in 2022 as forecasted by IMF. Source: IMF.