According to information just shared by TikTok Vietnam, this company has officially become a partner of the 31st SEA Games. About TikTok, this is a short video sharing social networking platform with billions of users around the world.

Within the framework of cooperation with the 31st SEA Games Organizing Committee, TikTok will launch the hashtag #SEAGames31 so that the community of sports enthusiasts can update knowledge and information about this sports festival on its platform.

At the same time, TikTok will also accompany athletes through the campaign “Honor the Top Efforts” to encourage their efforts as well as their inspirational and persistent training journey.

According to Nicholas Pham – TikTok Vietnam Product Operations Director: “In the past year, sports-related videos were ranked in the top 5 most viewed content categories on TikTok Vietnam, attracting more than 86 billion views”.

“To further enhance sports content on our platform, we are delighted to build a partnership with the 31st SEA Games Organizing Committee,” shared Mr. Nicholas Pham.

Accordingly, accompanying the congress, TikTok wishes to contribute to spreading the spirit of Vietnamese people’s love for sports to friends in the region through a global language, which is the language of sports, a TikTok representative said.

In addition to cooperating with the SEA Games Organizing Committee, TikTok also launched a media campaign called “Honoring Top Efforts”. This is a media campaign organized to stand side by side with Vietnamese athletes competing at the region’s largest sports festival.

The campaign’s fascinating content series will be implemented with a variety of topics, giving fans a bird’s-eye view of the athletes’ journey to the 31st SEA Games.

Including 1 opening video to introduce the spirit, efforts and emotions of Vietnamese players, 4 videos about inspirational stories of athletes participating in content creation on TikTok, and 6 videos recording behind-the-scenes moments with an interesting Q&A session with athletes. Users can follow these content under the hashtag #NoLucDinhCao on TikTok.

Before TikTok, another technology platform, Google, also announced its participation in the media activities of the SEA Games Organizing Committee. Accordingly, Google officially launched the Google Trending website for SEA Games 31. This is a special online information page for the first time designed specifically for SEA Games 31. 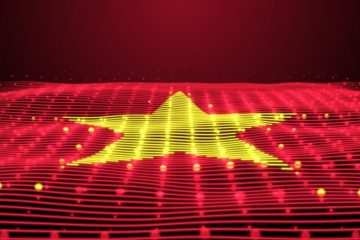