This industry is bringing a lot of good news to Russia with huge profits.

Despite many storms in the energy market in the past year, this industry is bringing a lot of good news to Russia with huge profits.

Russia’s revenue from fertilizer exports has skyrocketed in the past year despite a slight drop in sales, but the skyrocketing fertilizer price due to scarcity has brought Russia huge profits – a rare commodity This helps Moscow to be somewhat reassured after a “stormy” year in the energy market.

Item of the year

According to United Nations data, in the first 10 months of 2022, Russia’s fertilizer exports increased by 70% to $16.7 billion compared to the same period in 2021.

Import statistics from Moscow’s trading partners show that, in terms of volume, overseas sales of the world’s largest fertilizer exporter fell only 10% year-on-year. This went against analysts’ predictions that shipments would collapse after the conflict between Russia and Ukraine occurred. 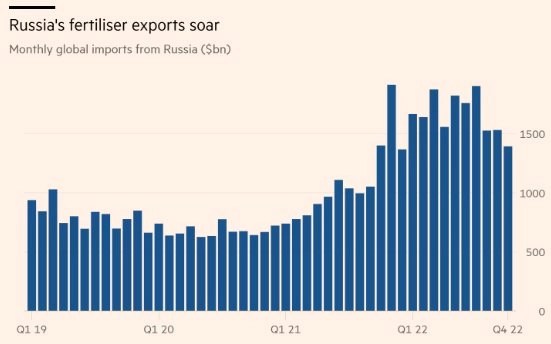 Food and fertilizer exports from Russia have been exempted from Western sanctions to aid food security, especially for poor countries. Moscow has been increasing exports to countries such as India, Turkey and Vietnam.

“Countries like India are the biggest beneficiaries of fertilizer imports,” said Josef Schmidhuber of the Food and Agriculture Organization of the United Nations – FAO.

Russian and EU officials have been concerned that some of their buyers, banks and insurers have sanctioned themselves and avoided buying products from Russia and risked leading to shortages in the industry.

Last month, the EU clarified exemptions from sanctions on Russian agricultural and fertilizer exports after EU member states said they were concerned shipments were likely to stall. As a result, the EU has introduced new exemptions that allow EU member states to unfreeze the assets of sanctioned individuals linked to Russia’s agricultural and fertilizer sectors.

Fertilizer prices began to rise even before the conflict, and Russia reduced supplies of natural gas, which is vital to nitrogenous fertilizer production. The price of potash, another key fertilizer, skyrocketed after Western governments imposed sanctions on Belarus, one of the top producers of the crop nutrient.

Then, a sharp increase in gas prices after the conflict between Russia and Ukraine led to the closure of factories in Europe, increasing the price of nitrogen fertilizers, which are so important for the output and quality of food production. real. 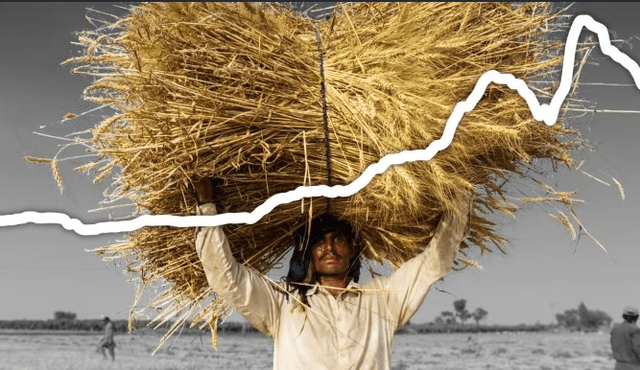 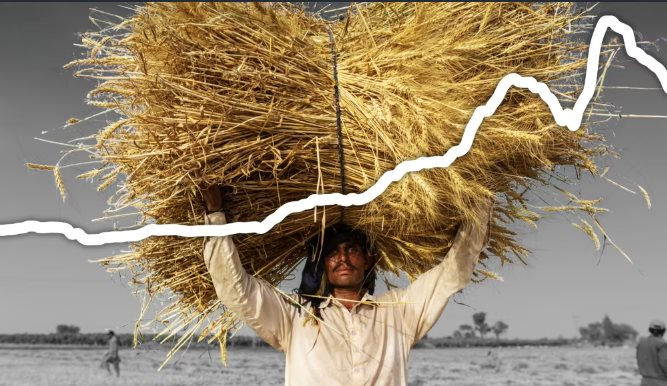 The prosperous year is difficult to last

However, it is difficult to say for sure whether Russia will continue to benefit from higher prices this year. The recent drop in gas prices in Europe due to warmer-than-normal weather has resulted in lower fertilizer prices, with producers in the region ramping up production.

“This means that imports from EU countries will drop significantly and is good news for farmers around the world,” said Schmidhuber.

“Production in Europe is profitable and producers are continuing to ramp up fertilizer production,” said Chris Lawson, head of fertilizers at consulting firm CRU. Global nitrogen supplies are plentiful and we expect phosphate and potassium prices to continue to fall.” 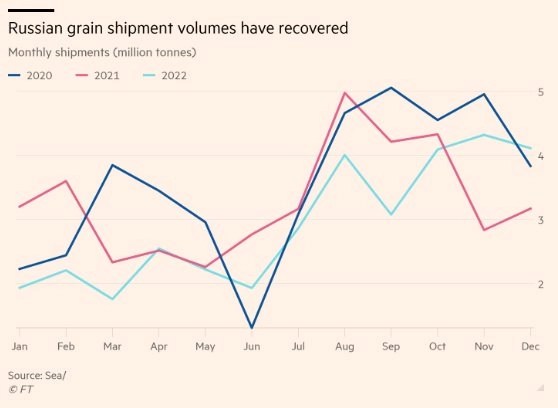 Grain shipments have also returned to pre-conflict levels, according to data from ship-tracking company Sea. The volume of cereals, including wheat and corn, shipped in the last three months of 2022 has increased by 21% year-on-year.

One commodity that has not yet recovered in exports is ammonia, the feedstock for nitrogen fertilizers due to the closure of a pipeline through Ukraine. Russia accounts for about 12% of the global ammonia export market, and FAO data shows that Russia’s exports of the chemical, also used in industries such as plastics and textiles, have fallen by 76% in volume in the past year. The first 9 months of 2022 compared to the same period in 2021.

The Black Sea grain deal between Moscow and Kyiv, brokered by the United Nations and renewed in November, includes a commitment to restart Russia’s ammonia exports by reopening the pipeline. Russian analysts and fertilizer companies, including Russian fertilizer billionaire Dmitry Mazepin, who is under sanctions, have called for the resumption of shipments despite the recent drop in international nitrogen fertilizer prices.

According to FT, Bloomberg