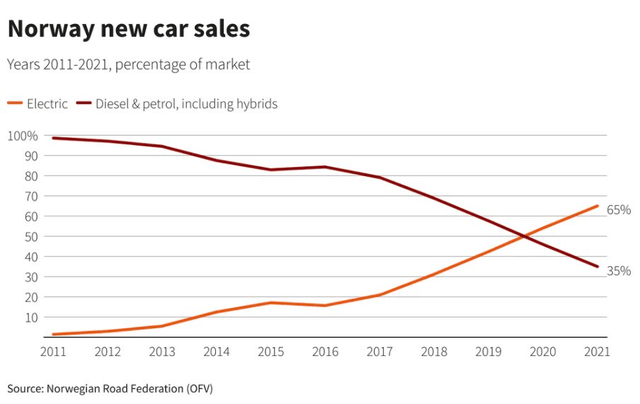 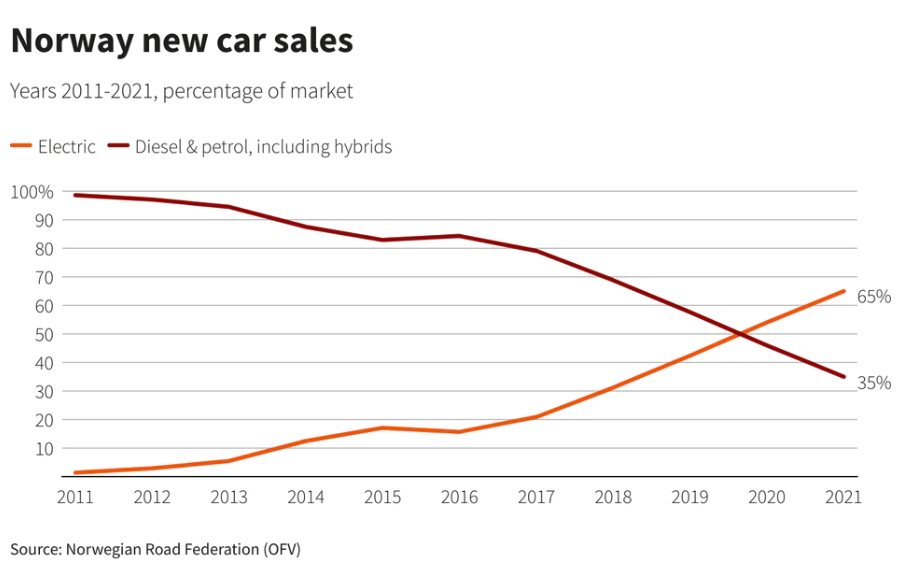 Correlation between petrol and electric car sales in Norway in 2021. Graphic: Reuters

The Tesla Model 3 is the most popular model, followed by the Toyota hybrid RAV4 – this is also the only model with an internal combustion engine in the Top 10 best-selling cars in Norway. In third place is the Volkswagen ID.4 model and in 10th place is the Polestar 2.

The Norwegian Electric Vehicle Association estimates that it will take less than two years for EVs to reach 30% of all vehicles in a statement on December 12. They add that the rate has increased to 20% since October 1 in less than three years.

Such high absorption is the result of a range of incentives including tax breaks on new car purchases. These are moves in an effort by the Government of this country to achieve the goal that all new cars sold by 2025 are green vehicles. In Norway, the government levies very high taxes on petrol cars while waiving or reducing many taxes on electric cars. Therefore, although the cost of producing or importing electric vehicles may be higher, the selling price to consumers is still appropriate and somewhat lower than that of fossil fuel-powered vehicles. 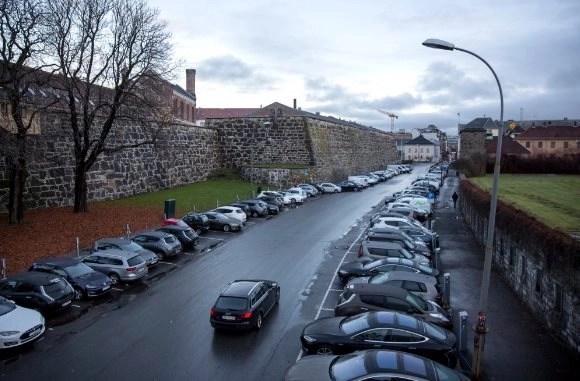 Specifically, when buying electric cars, people in this country do not have to pay taxes like with traditional internal combustion engine cars. In 2021, the Norwegian government missed out on nearly $3.41 billion in tax revenue to push ahead with its plan to completely end the sale of petrol cars in the country by 2025. Especially in the capital Olso, billion electric car share currently stands at 33.2% while it remains at 4.7% in the Finnmark district in northern Norway.