Things you should know about the buffalo in Vietnamese culture

Today is the first day Lunar New Year, which marks the beginning of the Year of the Buffalo – the second animal in the 12-year cycle of the Vietnamese zodiac. In the minds of many local people, the buffalo is associated with production and wealth creation. Many cultural activities introducing images of the animal have been opened to welcome in the Year of the Buffalo.

The buffalo is the traditional symbol of Vietnam, representing bravery, happiness, and prosperity. Buffalos also play a very important role in Vietnamese agriculture, being a farmer’s most valued possession and often treated like a member of the family.

Not many people know that the buffalo also contributed greatly to the success of Vietnam’s revolution against foreign invaders. They were not only used to carry loads for farmers but also pulled carts of supplies for soldiers during wartime. Buffalos were an “undercover” means of transport, being able to walk on very poor roads, cross bridges and rivers, and climb steep hills. 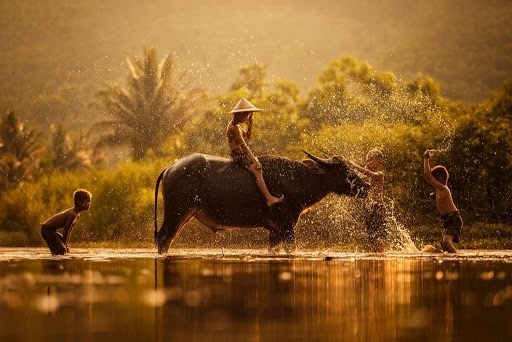 A boy riding a Water Buffalo

Apart from their contribution to Vietnam’s economy and history, buffalo are also a cultural symbol of the country. They have many qualities Vietnamese people appreciate, such as diligence, a gentle disposition, and loyalty, and can also symbolize powerful warriors.

Buffalos appear in many stories about Vietnamese heroes, in Dong Ho paintings, at festivals, and in poetry as a symbol of a peaceful and prosperous life.

One recent movie to feature buffalo was the movie, The Buffalo Boy, which is highly appreciated. It depicted the life of peasants on Mekong Delta. A famous fairy tale :” The peasant, the buffalo and the tiger” is known to Vietnamese children. For buffalo became a friend of famers, the image of “Boy sitting on a buffalo and playing flute” can be caught in many paintings and photo about Vietnam.  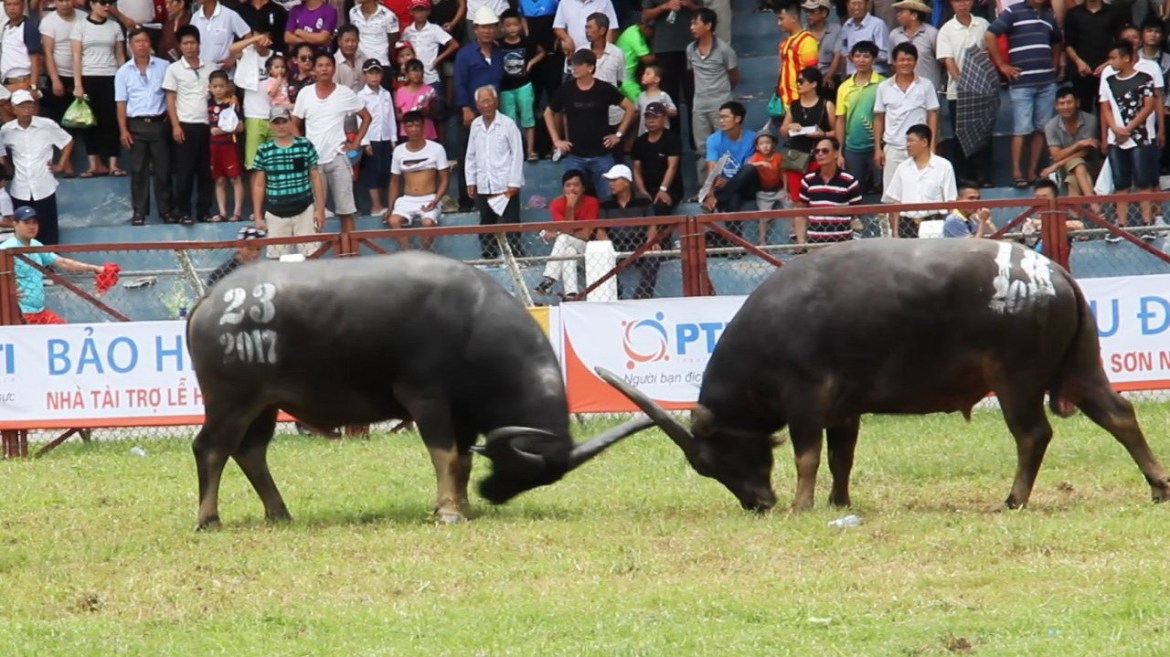 Today, due to industrialization in agriculture, the buffalo is no longer such a major asset. The animal’s image is also less likely to appear in cultural and artistic works. The “Buffalo in Vietnamese Life” exhibition was therefore opened recently at the Old Quarter Cultural Center, 50 Dao Duy Tu Street, Hanoi, in an effort to promote the animal among the public.

The exhibition introduces about 70 artifacts, sculptures, and paintings on buffalo in Vietnamese life, recalling memories of peaceful lives in the countryside. It is also expected to help children in cities gain a better understanding of the special beast.

It is open to the public until the end of the Lunar New Year, according to Vietnam News Agency