Things you should know about Phu Quoc, the must-go destination of tourists and investors in Southeast Asia

The establishment of a super tourism complex is expected to turn the southern province of Kien Giang, where is home to famous tourism island of Phu Quoc, into a hub of tourism and services in the country and Southeast Asia.

“The number of arrivals to Phu Quoc island in recent weeks has been increasing as they are interested in a series of newly-established tourism-entertainment projects. They make the island become “the first-ever sleepless city” of Vietnam,” Nguyen Van Hanh, a local tour guide, told Hanoitimes.

One of the projects is prominent Phu Quoc United Center, a super complex being developed by the Vietnamese conglomerate Vingroup, with a total investment of more than VND66 trillion (US$2.85 billion). It is expected to be comparable to global tourist hotspots like South Korea’s Jeju, Singapore’s Clark Quay, Las Vegas in the US.

READ MORE:  Can Tho Floating market

As soon as the information about the launch of the 1,000-ha project was released, Hanh received many bookings including rooms and tickets to visit the super complex overnight.

According to Hanh, Phu Quoc had no night-time hotspots, excepting for Duong Dong night market. The Grand World, part of the complex, is expected to be the place of a lot of night activities for visitors to have fun.

Pham Thi Tu Quyen, Director of John’s Tours Company said the project will make visitors extending their stay by at least a day to visit and experience night activities.

The increasing number of visitors has required increasing tour guiding service. From April 29 to May 2, about 80% of hotel rooms are full of bookings at some resorts and accommodation establishments in Phu Quoc.

Phu Quoc Island Tourism and Events Co., Ltd, receives up to 4,000 bookings to the island montly. Especially during the holidays of April 30 and May 1 this year, the number of visitors to Phu Quoc is estimated to double, Lam Thi Diem Tram, the company’s Director said.

Many tour guides have moved from Ho Chi Minh City to Phu Quoc Island. “The city is lacking of human resources to meet the surge,” Hanh said. “This place is a very strong driving force to promote Phu Quoc tourism industry.”

Huynh Van Son, Director of Sea Star Saigon JSC, said that the “sleepless city” will be the first piloting model according to the prime ministerial Decision 1129 meeting the expectation of all secondary investors and tourists.

The presence of world class leisure facilities and infrastructure like the project will help speed up the realization of the strategy to develop Phu Quoc city into a high-class tourism and service center of the country and the region, according to Huynh Quang Hung, Chairman of the Kien Giang Provincial People’s Committee.

Over many years, the island’s incentives have attracted huge investments from both local and international investors, with more than 320 investment projects worth US$14.7 billion, according to the local authority.

In which, there are 47 projects put into operation with total investment capital of VND13.6 trillion (US$558.5 million). About 75 projects are under construction (of which 15 projects have been partially exploited) worth VND158.4 trillion (US$6.8 billion).

In 2020, total arrivals to the city were estimated at 1.39 million, reaching only 46.3% of the province’s target, due to the impact of the Covid-19 pandemic, according to Hanoi Times. 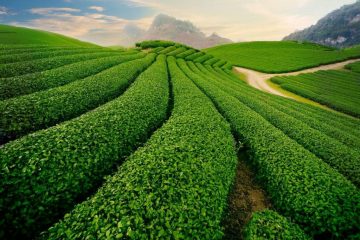