A railway company in northern Germany has become the first in the world to regularly operate hydrogen trains. Will this be the first shot for many other global companies?

Mr. Christoph Grimm put on a yellow vest and walked out of the office. Outside, in front of the newly renovated railway station of the Bremervörder-Osterholz railway, a hydrogen workshop is under construction.

He was excited when his company recently gained notoriety as the world’s first to use hydrogen ships. They now have six hydrogen-powered trains that operate regularly between different cities in the region, in place of diesel trains. Thanks to hydrogen fuel cells, trains can run without emissions.

“All the relevant transmission components such as the tank and the fuel cell are located on the roof of the hydrogen train,” explains Mr. Grimm. That required a completely different maintenance system, so we built a new workshop. In diesel trains, they are placed under the vehicle.”

Mr. Grimm serves as chief executive officer of Elbe-Weser Railway (EVB). For more than 40 years, the company has maintained rail traffic in the region. EVB also has container shipping services between German northern and southern seaports, and between different counties and cities. The hydrogen-powered train is the pride of EVB. 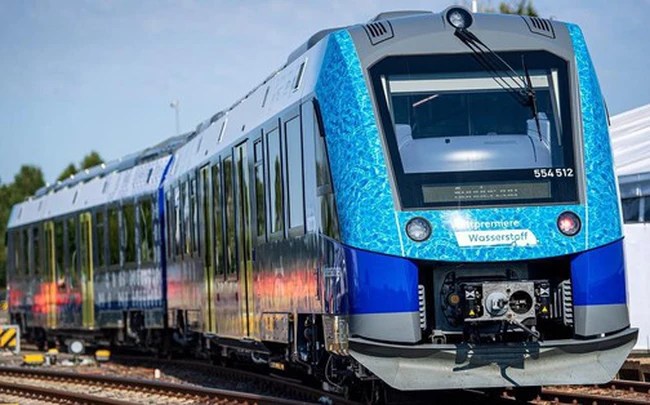 Owning the world’s first hydrogen-powered train came into operation mainly thanks to train manufacturer Alstom based in the nearby town of Salzgitter. EVB’s rail network is also well suited for hydrogen train operation because it is not electrified.

However, EVB’s hydrogen train project is most dependent on government support to get through the early stages. Hydrogen fuel cells are very expensive. A transportation company donated $81 million ($85 million) toward the purchase of the trains. The money also comes from the federal government’s “National Hydro Strategy” grant.

One of the new trains must always be in the workshop because the hydrogen tank and battery must be checked and maintained regularly. Hydrogen trains are refueled at a specially built station. Two tons of hydrogen produced from the city of Stade will be stored there. Mr. Grimm said: “The Stade is an important site for the chemical industry. Hydrogen is produced there as a by-product.” 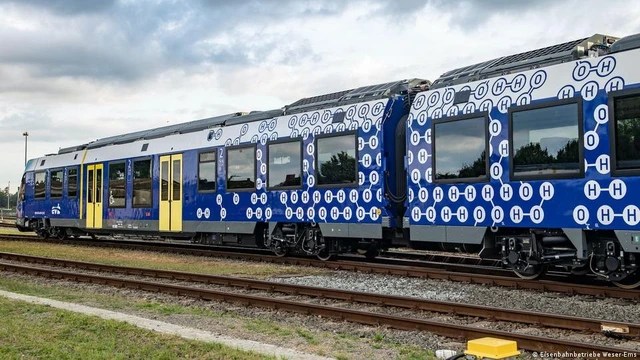 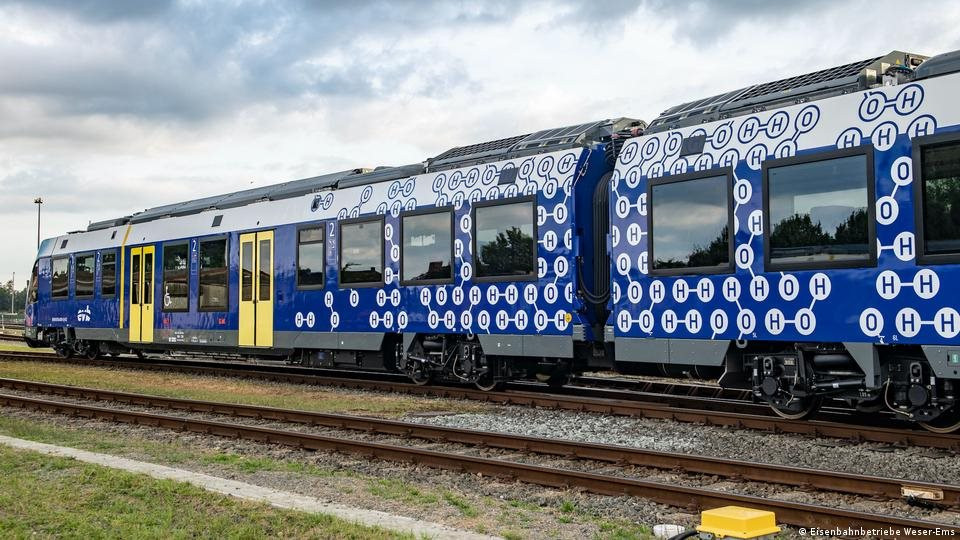 The electrolysis of water into individual chemical elements including hydrogen and oxygen consumes enormous amounts of electricity. If gas or coal-fired power plants power the electrolysis, the hydrogen obtained in this case is called gray hydrogen.

CO2 emissions are only really reduced if the electricity for electrolysis comes from renewable energy. This is expected to take 4 years to develop. The wind turbines will then rotate next to the hydrogen filling station in Bremervörde.

The hydrogen train has a 130 kg tank and a fuel cell for each car. The train can travel about 800km per day in normal traffic conditions. Train manufacturer Alstom oversees the maintenance of their trains at the Bremervörde facility.

A key question now is where could the market for hydrogen ships open up? Mr. Grimm suggested that some companies that want to go green could choose to use electricity or use hydrogen ships.

By next summer, all 14 trains ordered by his company will come into operation, replacing diesel trains on the Weser-Elbe rail network.

Mr. Grimm confirmed that some railway lines in Frankfurt will be converted to hydrogen trains by 2023. Other countries are also starting to take an interest in this future technology. The Irish Minister for Transport and a delegation from Australia announced that they will soon visit Bremervörde.