Saola has existed for a long time in the Truong Son jungle, but it was not until the 31st Southeast Asian Games that this ancient mascot surprised many people because it carried many mysteries.

In the depths of the jungle, the ancient spirit beasts still choose the Truong Son range – the “backbone” of the ancient Indochina peninsula as their refuge. The historical process of life has never been interrupted in this place, the sacred forest is still outstretched to nurture many species of creatures since ancient times. Among them, Saola species was discovered 30 years ago in the Central region, surprising the world.

Looking back to the mountains of Vu Quang, Ha Tinh, perhaps no one is unfamiliar with the image of Saola. Because here, in 1992, the discovery of Saola by the Ministry of Forestry of Vietnam and the World Wide Fund for Nature (WWF) was a long step forward in the history of the biological world. Although, to the indigenous people, many years ago, Saola were just long-horned goats to them. 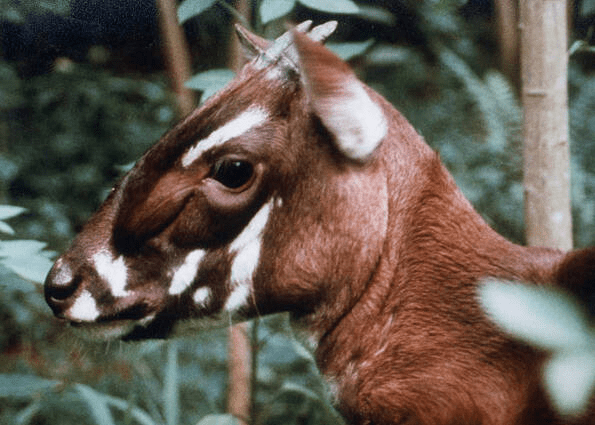 “The saola is an ancient animal that is said to be the most mysterious in the world, which only exists in the wild mountains where the border between Vietnam and Laos is located.”

How was saola found?

Saola were first found by researchers through their remains provided by a hunter in Vu Quang National Park, Ha Tinh in 1992.

In 1996, people captured a live Saola in Laos. However, it died a few weeks later.

In October 1998, the first wild image of Saola was recorded by camera traps in Pu Mat National Park, Nghe An. In the same year, a trapped saola was released into the forest in A Luoi district, Thua Thien Hue. 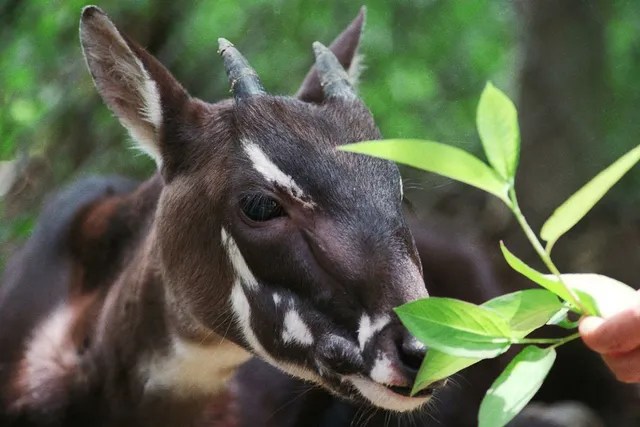 In August 2010, the people of Borikhamxay in Laos caught a male Saola. Unfortunately, it died before the experts arrived. Years later, a saola was seen in the wild with a camera trap in Quang Nam in 2013.

It is known that Saola is an extremely sensitive species, they are very good at sniffing people and are shy, so it is not easy to detect this animal. Saola live in dense forests, near streams. They only eat grass and leaves and have a very gentle personality.

Saola’s scientific name is Pseudoryx Nghetinhensis. Pseudoryx is based on the antelope species (oryx), while Nghetinhensis is the place where Saola (Old Nghe Tinh) was discovered. In 1999, DNA research results showed that Saola belonged to the Bovine subfamily. This beast has another name,  Bo Vu Quang (Vu Quang ox) .

They are about 90cm tall, about 1.3m to 1.5m long and weigh about 80kg to 100kg. Some positions such as the nose, neck, and shoulders of Saola all have swirls. The tail is short, with a tuft of black feathers. 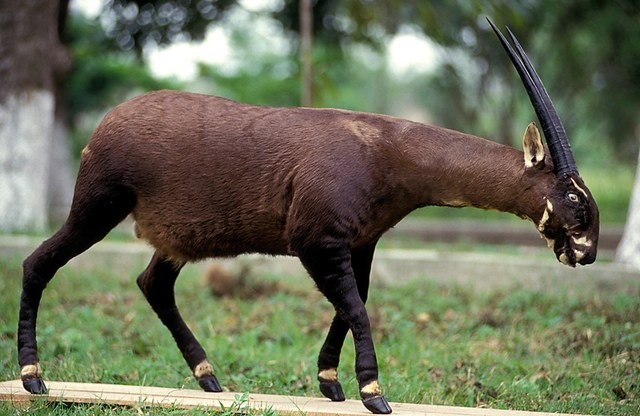 Saola is dark brown in color, with white spots on its face. The chin and neck as well as the 4 legs also have white lines. Saola’s horns are straight back and can be more than 50cm long. It is said that the white spots on Saola’s face are the shining stars in the lonely old forest.

Sao la inhabits the tropical green forest area in the Truong Son mountain range, along the border between Vietnam and Laos. Saola lives “reclusively”, burying herself in the deep forest where the majestic Truong Son is located. This ancient animal did not expect that one day people would mention and learn about him so much.

Not only mentioning, Saola has become the mascot for the 31st SEA Games held in his hometown of Vietnam.

In the midst of thousands of representative designs, the 31st Southeast Asian Games chose Saola as the mascot, like a lost symbol discovered among thousands of Truong Son mountains.

The Saola logo model by artist Ngo Xuan Khoi (Hanoi) won the first prize in the contest to create logos, funny symbols, slogans and songs of the 31st SEA Games. 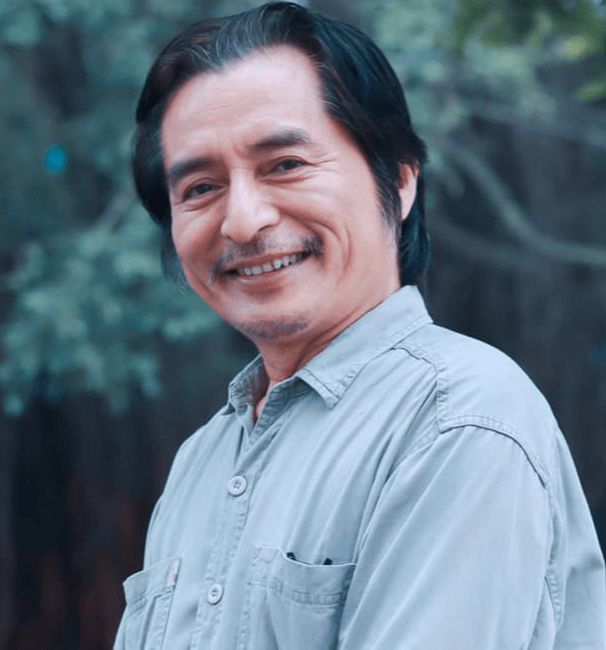 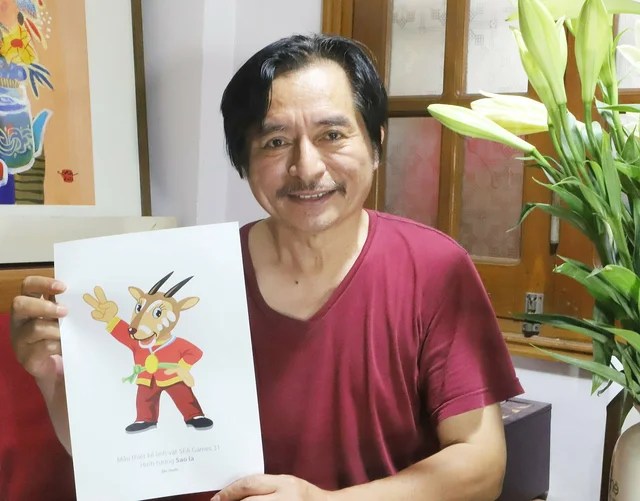 Painter Ngo Xuan Khoi with the work of the Saola mascot symbolizing the 31st SEA Games.

READ MORE:  Who is Front-end Engineer and How to Become One

Ms. Le Thi Hoang Yen – Deputy Director of the General Department of Physical Education and Sports (Ministry of Culture, Sports and Tourism) said that Saola was chosen because this mascot model ensures all the criteria for layout. , aesthetic and human meaning.

Making such a decision, the 31st SEA Games Organizing Committee wants to convey to international friends the excellent values ​​that nature favorably bestows on the country and people of Vietnam. In the beloved S-shaped strip of land, ancient treasures such as the spirit beast Saola also choose Vietnam as their residence.

The Saola symbol is close and friendly, exuding sincerity as well as agility and flexibility. This mascot is suitable for the spirit of sport and fully shows the characteristics of Vietnam.

With a nimble and vivacious image, the Saola mascot symbolizes nearly 40 sports competing at the 31st SEA Games.

Saola – The rarest and most precious ancient animal in the world

According to a 2012 study, the number of Saola in the wild is only about 50. And so far, no biologists have been able to reunite with Saola in the wild. These precious images were obtained mainly from camera traps set up in the forests of Vietnam and Laos. 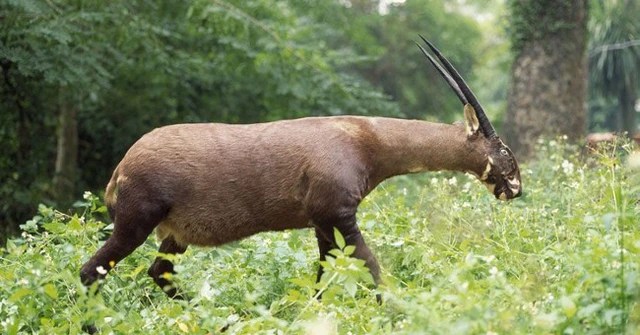 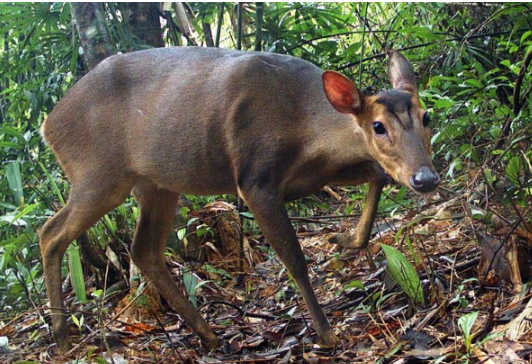 According to Mr. Nguyen Viet Hung – Deputy Head of Science & International Cooperation Department, Vu Quang National Park, Sao la is a valuable living thing for scientists studying ancient animals. Over millions of years, Saola’s genome has not been eroded by time, they still exist and adapt in the wild to this day.

Although since the establishment of conservation projects, researchers have not been fortunate enough to find this ancient mammal. Currently, Saola is at an extremely dangerous level at very high risk of extinction in the wild in the Red Book of the World Conservation Union (IUCN) and in the Red Book of Vietnam.

“The saola symbolizes all the important things that are now at stake. If we can save Saola, we will save the forest landscape, biodiversity and ecosystem benefits, such as the fresh water we depend on. Therefore, this is not merely about protecting an endangered species. This is a fight to save nature, ecological interests, community livelihoods and all that the saola stands for.”

READ MORE:  Why Covid-19 pandemic may step up human trafficking in Vietnam

It is known that in 1994, when people found Saola, they kept them, but they died very quickly after that. Therefore, it is said that Saola is a natural beast that cannot be nurtured in human hands. Humans cannot trespass but can only respect their wild life in the deep forest.

Besides, Saola is also a unique representative of Truong Son that is evolving according to history and contains many strange mysteries that need time to learn.

At Saola Nature Reserve Quang Nam is conserving about 50 individuals of Saola. As for Vu Quang National Park, it is not clear how many are left. Habitat destruction, deforestation and poaching are putting Saola in an extremely dangerous situation. 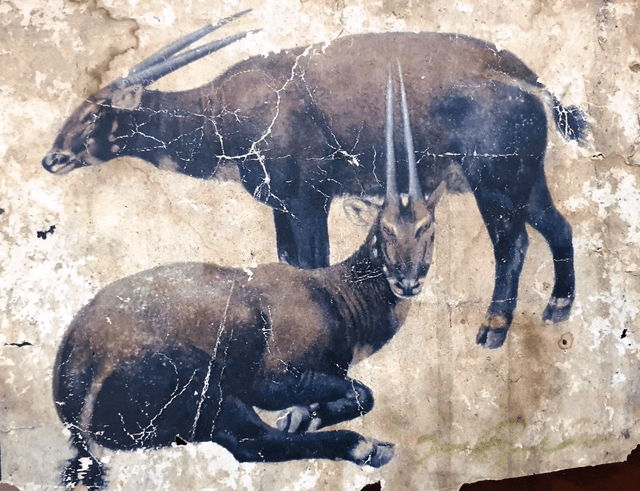 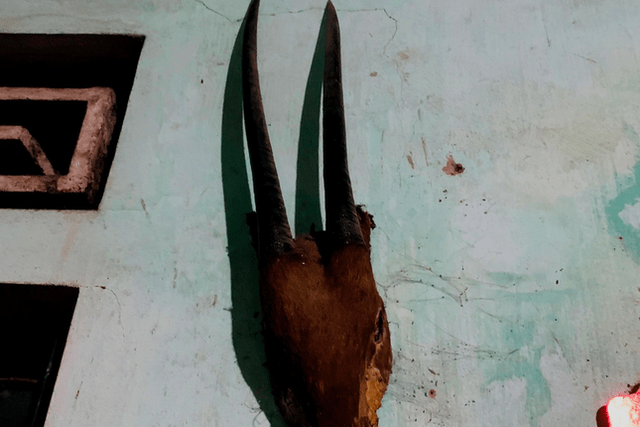 Found first in Vietnam and listed as one of the 50 rarest animals in the world. Therefore, Saola is called “Asian Unicorn” because it is extremely rare. Now, it is not known how many Saola individuals are left in the wild, but perhaps this beast is still roaming the old forests in the heart of Truong Son.

Proud that Vietnam is the first place in the world to find Saola, even more honored that this ancient animal represents the spirit of Vietnam standing side by side with your country. Hopefully, after becoming the mascot of SEA Games 31, many people will know the meaning and rarity of Saola. Since then, love leads to actions to preserve and cherish this world’s most ancient summoned beast.