The infection tally of Vietnam’s new Covid-19 wave rose to 1,678

In Bac Giang, 13 cases are associated with a cluster at Quang Chau Industrial Park in Viet Yen District of which operation has been suspended.

In Bac Ninh, eight cases are related to a hotspot and have already been isolated before their tests arrived positive.

Five cases in Hai Duong were detected via mass testing.

Two cases in Ninh Binh are linked to a hotspot and have also been quarantined. They have made the first cases recorded in the province in this new Covid-19 wave.

The case in Thanh Hoa is a worker at the Quang Chau IP in Bac Giang.

Hanoi has recorded 257 cases, including 118 cases in two hospitals under lockdown while HCMC reported three, according to VNExpress.

READ MORE:  How did the Man United dressing room get so messed up?
News related 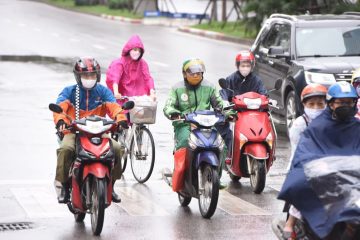