The best road trips in Vietnam you may need to know

The journey to conquer Hai Van Pass, one of the world’s most beautiful drives with over 55,000 pictures tagged #HaiVanPass on Instagram, starts from Da Nang and ends at Lang Co Bay, covering a distance of 20 kilometers (12 miles).

Hai Van Pass between Thua Thien-Hue Province and Da Nang City cuts through the Bach Ma mountain range – a part of the Truong Son range skirting the sea. Its name, which literally means “cloud sea”, refers to the mists that frequently rise from the ocean, reducing visibility.

From Da Nang City, trekkers are supposed to follow Nguyen Tat Thanh Street to Nguyen Luong Bang Street then cross Nam O Bridge and keep going straight to the foot of Hai Van Pass. From here, drive about 10 kilometers to reach the peak.

“Stop at the mid-way point for a Vietnamese iced coffee, and admire the Indochina-era Hai Van Gate and the remains of several French fortifications,” Lonely Planet recommends.

While the pass officially ends at Lang Co Bay below, most travelers will continue another hour or so to the former imperial town of Hue.

However, one thing travelers should keep in mind is to slow down should visibility become hazardous. 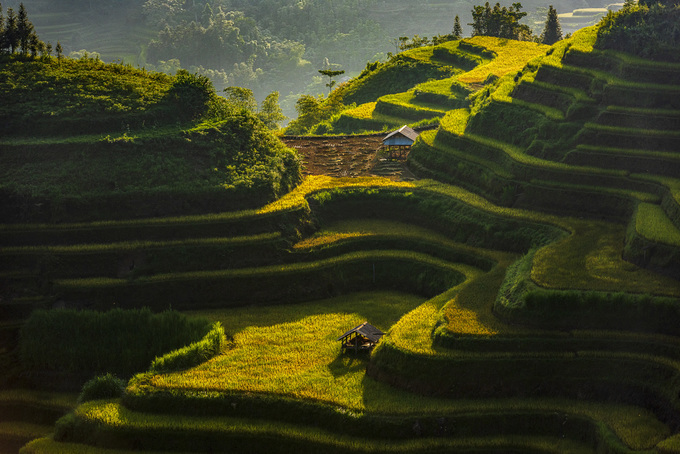 The journey to conquer Ha Giang Loop, at an approximate 350 kilometers in the northern mountainous region, takes from three to five days depending on weather conditions.

The loop is not easy to conquer for amateur travelers due to its twisting, narrow roads and dangerous mountainous passes that have killed many bikers, including foreign tourists, though its breathtaking scenery keeps attracting many.

Winding their way through Ha Giang Loop, travelers will have a chance to explore the cultural identities of at least 10 ethnic minorities groups, including Hmong, Tay and Thai.

Lonely Planet suggests that Ma Pi Leng Pass is the most scenic section of the drive, “with jagged mountains surrounding the emerald Nho Que River,” recommending travelers to factor in a half day for a quiet boat trip with a spot of swimming on the river.

Ma Pi Leng covers 20 kilometers (12.7 miles) and is considered the most dangerous in the northern mountains. It has also been dubbed the King of Vietnam’s passes, Great Wall of Vietnam and Pyramid of the Hmong.

Ha Giang’s recent tourism boom has seen many motorbike rental services spring up in the province. Foreigners only need to leave their passports and pay around VND150,000 ($6.47) per day to rent a bike.

Along the journey, travelers will traverse the 3.5-kilometer-long Ma Phuc Pass, which can only be handled by capable drivers. The pass allows travelers to admire many terraced rice fields below.

If you set foot in Cao Bang, do not forget to visit Pac Bo Cave (also known as Coc Bo), named after a small village in the province that served as President Ho Chi Minh’s residence in the winter of 1941 following his return after 30 years in exile.

And of course, Ban Gioc, the largest waterfall in Southeast Asia and the world’s fourth largest along a national border after Iguazu, Victoria and Niagara, should not be missed.

The waterfall can be visited at any time of year, though the best period is said to be September and October when the summer rains that feed the falls are less frequent and the rice harvest is in full swing.

In the past, due to its special location on the border line between Vietnam and China, foreigners who wished to visit Ban Gioc had to gain permission from the local administration. In recent years, this is no longer necessary. Tourists just have to show up and pay a fee of VND45,000 (nearly $2) per person to view the fall.

If you hire a bamboo raft to reach the fall, expect to pay about VND50,000 more for a 10-minute ride to get close to the cascade.

“Take in the falls from the viewing platforms or hop on a bamboo raft for a closer look at the impressive 30 -meter-high cascades. While worthy of being tackled as a solo trip, this route is a popular add-on to the Ha Giang Loop,” Lonely Planet states.

The drive from HCMC to My Tho, capital of the Mekong Delta province Tien Giang, is just 70 kilometers, taking around one hour and 30 minutes.

Cai Be floating market on the Tien River, one of two tributaries of the Mekong in Vietnam, is a sight not to be missed while in My Tho, though these days it is not as crowded since many traders have left to farm.

Thoi Son Island, Dong Tam Snake Farm and Vinh Trang Pagoda should be included on the itinerary en route to My Tho.

“When you eventually make it to My Tho, a town famed for its chewy noodle soup, further cultural experiences abound, with the flower farms of Sa Dec a short drive to the west and Can Tho, home to the largest floating market in the Delta, located to the southwest,” Lonely Planet says. 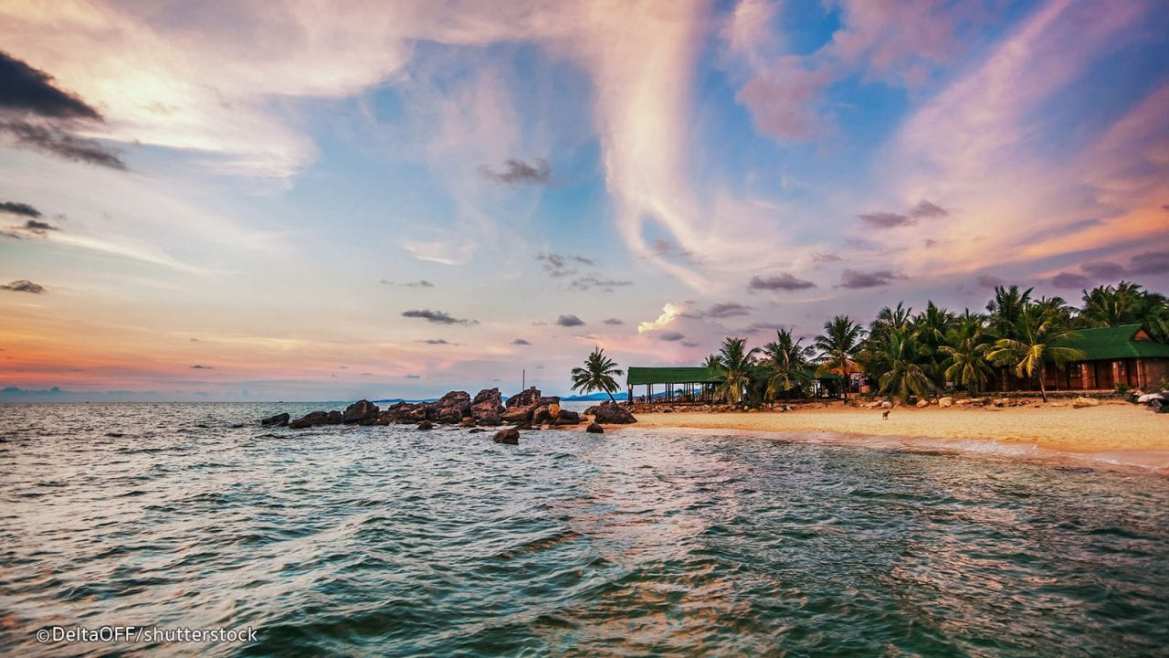 Con Son, the only inhabited and largest island in the 16-island Con Dao archipelago of the southern province of Ba Ria-Vung Tau, is home to a population of 7,000 people and has just one main road, making it ideal for motorbike exploration.

The 25-kilometer journey starts from Dam Trau, a long stretch of beach dotted by seafood shacks near Co Ong Airport. Travelers can wind their way past forested hillsides, French colonial-era prisons, glorious beaches that only appear during low tide, before ending up at Dam Port, serviced by mainland ferries. The journey from popular highlands resort town Da Lat to the beach town of Nha Trang is approximately 134 kilometers, and not for the faint-hearted.

According to seasoned travelers, first-timers can follow these two routes on the journey connecting Da Lat with Nha Trang.

The first route follows National Highway 27C, dubbed a ‘road of sea and flowers’ that begins from downtown Da Lat, passing through Lac Duong, Khanh Vinh and Dien Khanh districts to reach Nha Trang. If travelers follow this route, they will have to travel a long distance of 140 kilometers. Along this road is Nui Ba National Park and the majestic Omega Pass at a height of 1,700 meters above sea level.

The second route follows Highway 27 and Highway 1. From Da Lat, one can drive on Highway 1 to Thap Cham Phan Rang, capital of Ninh Thuan, and continue on Highway 27 to Highway 1A before stopping in Nha Trang. The journey covers 200 kilometers. 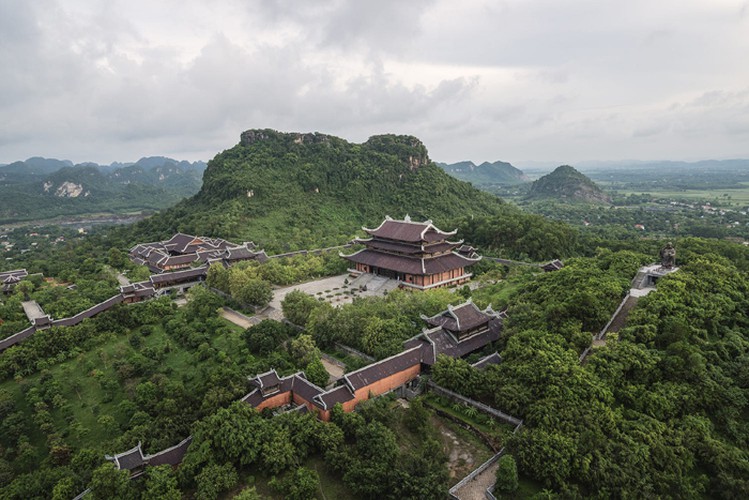 Once used to move war materials across Vietnam, Ho Chi Minh Road stretches 1,880 kilometers and takes motorbike drivers from the southern metropolis to the capital Hanoi. Riding from Saigon to Hanoi by motorbike is probably the most popular road trip in Vietnam, and unquestionably one of the best ways to experience the country. For years, travelers simply took the most obvious route: Highway 1.

Adventurers will want to stop at Phong Nha-Ke Bang National Park, home to the world’s largest cave, and Cuc Phuong, Vietnam’s oldest national park, before joining the throng of traffic on the ancient streets of Hanoi, Lonely Planet concludes. 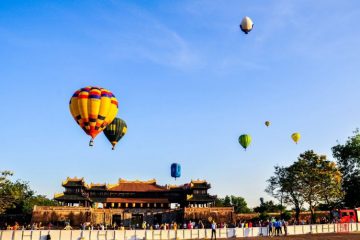 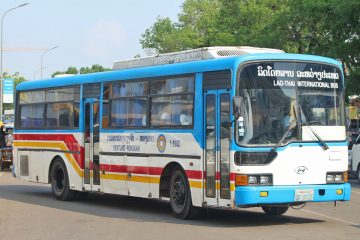