Than Quang Ninh Fans Heartbroken by Club’s Demise. Here’s why

The date is October 23, 2019. Nguyen Hai Huy has just scored Than Quang Ninh’s fourth goal on the way to beating eventual league champions, Hanoi FC 4-2. The victory helps secure the Cam Pha based club’s highest ever league finish (3rd) and a place in the 2020 AFC Cup.

Two years on, and the club has been omitted from the V. League 2022 season and have amounted a debt of around VND70 billion ($3.1million) due to COVID-19 and financial difficulties.

More recently, their main sponsor Vietnam National Coal and Mineral Industries Group (Vinacomin) withdrew their annual funding of VND 29.5 billion ($1.3 million), which proved to be the final nail in the coffin.

It’s particularly upsetting that the team nicknamed Doi bong Dat Mo (The Team of Miner’s Land) would dissolve after the removal of funding from one of the country’s largest mining companies. Cam Pha is home to one of Vietnam’s biggest coal ports and has been a major city for mining for over a century.

Football clubs are often regarded as a linchpin of a community, where thousands of people can unite to represent the city in their colours. This couldn’t be more true for Than Quang Ninh. A sea of motorbikes would flow through the streets of the city on match-days, as thousands waved their flags and proudly wore the blue of Than Quang Ninh FC.

The heartbeat of the community has stopped beating. The fan’s drums from the blue-wall who routinely filled the newly-upgraded Cam Pha Stadium, are silent. The streets of Cam Pha will no longer hear the rhythmic bellow of “Quang Ninh” as the team push forward towards goal. 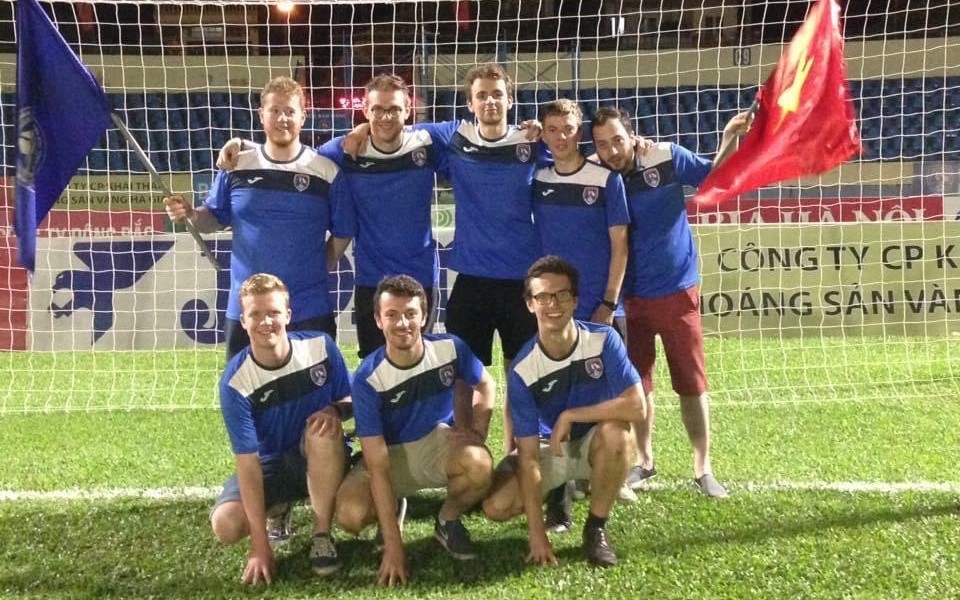 The heartbeat of the community has stopped beating. Credit to: Darren Barnard

The fans who watched the club get promoted to the top tier of Vietnamese football in 2013 are heartbroken by the dissolution of their beloved team. Vi Ngoc Thanh, who was the vice-president of the fan board states: “I was a bit surprised and hoped that everything would be resolved, but then disappointed because I can’t believe the leaders let the team dissolve after so much effort of the collective to build it up.

“It was the pride of the people. I still can’t believe it’s true that next year we won’t be able to watch the V. League anymore and it’s a pity that the stadium has been upgraded to such a beautiful place.”

The importance of the club to the community was further emphasised by Vu Cuong who followed the club for several years and highlights the void that has been left by the club’s termination. He reminisces: “Every Saturday or Sunday every week, we would temporarily put aside work to cheer for the beloved football team.

“It is also because of that common passion that unites us football loves. It is because of the passion for TQN football that countless children are born named after the players that their parents love, and are the pride of the generation of Quang Ninh miners.”

There was briefly some hope for the fans when some enterprises had declared interest in purchasing the team but were unwilling to pay off the substantial debt.

Vu Cong Hong who followed the club since their promotion in 2013, states: “So sad, because the youth of Than Quang Ninh are all there. If the club does not participate in V. League 2022, for any reason other than lack of funds, the fans will be relieved. 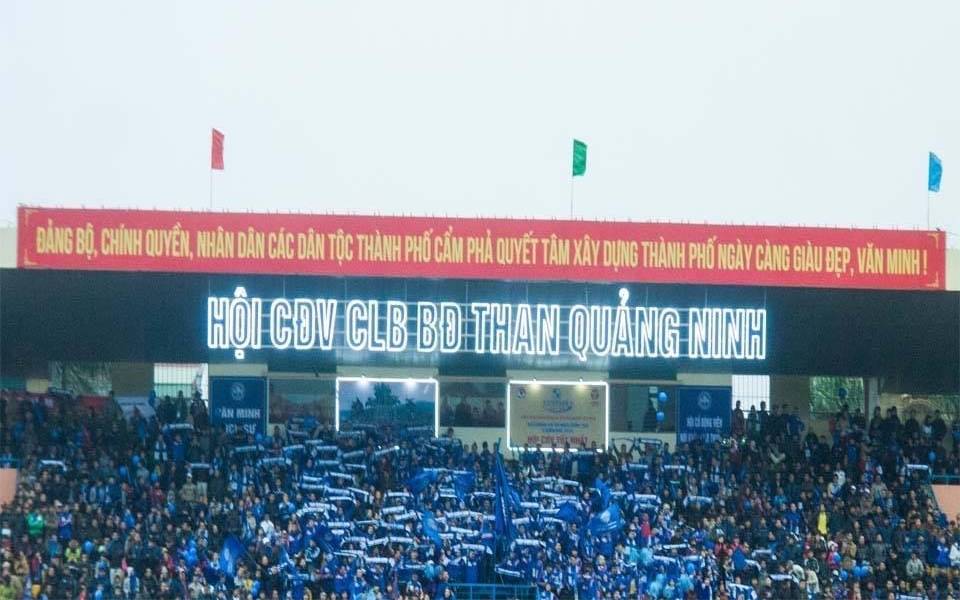 “So sad, because the youth of Than Quang Ninh are all there”. Credit to: Darren Barnard

“On the other hand, Quang Ninh is a province with great economic potential in Vietnam, so the fact that club has to stop operating, is very difficult for fans of the club and the people of Quang Ninh in general to accept.”

It is impossible to predict what’s next for the people in Cam Pha. The 16,000 stadium, which was recently renovated for VND163 billion ($7.1 million), now lies dormant in the middle of the city. Players are actively finding clubs elsewhere, such as Hai Huy who opted to join Hai Phong FC and stay close to his home.

READ MORE:  A New Zealander was found dead in a tenanted house in Ca Mau Province

Ultimately though, it’s the fans who routinely took time off work to travel across the country to follow their team, who are left wondering if they will find an alternative to unite with their neighbours in the same way ever again.