As California’s drought worsens, Elaine Moore’s family is increasingly running out of a precious resource: water.

According to the Associated Press, two wells belonging to almond farmers in the central valley ran dry this summer.

The Moore family is currently drawing water from a new well they drilled after the old well ran dry last year. This will even supplies water to a neighbor in the same situation – the old well has dried up.

“Last year it was very dry. Because there was little rain, there was no accumulation of snow” said Ms. Moore, standing next to a dry well on the property’s grounds in Chowchilla, California. “Everybody is very careful with the water they have.”

In the wake of a super-drought raging across the western United States, many rural areas are losing access to groundwater as over-pumping depletes aquifers that are not replenished by rain and snow.

According to the California Department of Water Resources, more than 1,200 wells have dried up this year statewide, up nearly 50% from the same period last year.

The groundwater crisis is most acute in the San Joaquin Valley, California’s agricultural hub, which exports fruits, vegetables and nuts around the world.

The shrinking groundwater supplies reflect the severity of the drought in California, now in its fourth year. According to the US Drought Monitor, more than 94% of states are experiencing severe, extreme, or unusual drought.

California just experienced its driest three years on record, and the state’s water agency said on Tuesday it is bracing for another dry year as a weather phenomenon known as La Nina is expected for the third year in a row. 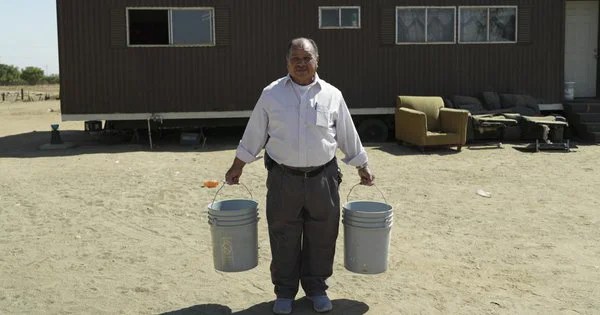 Now, as the state’s reservoirs are depleted, farmers are pumping more groundwater to irrigate their crops. That caused groundwater levels across California to drop. State data shows that 64% of wells have below-normal water levels.

Water shortages have been reducing agricultural output in the region as farmers are forced to abandon their fields and let orchards wither. According to the US Department of Agriculture, an estimated 215,000 hectares of farmland will be uncultivable this year because of a lack of irrigation water.

With climate change leading to hotter temperatures and more severe droughts, cities around the world are facing water shortages as lakes and rivers dry up. Many areas are pumping more groundwater leading to the depletion of aquifers at an alarming rate.

“This is an important challenge not only for California but also for other communities to adapt to climate change” said Andrew Ayres, a water researcher at California’s Public Policy Institute. 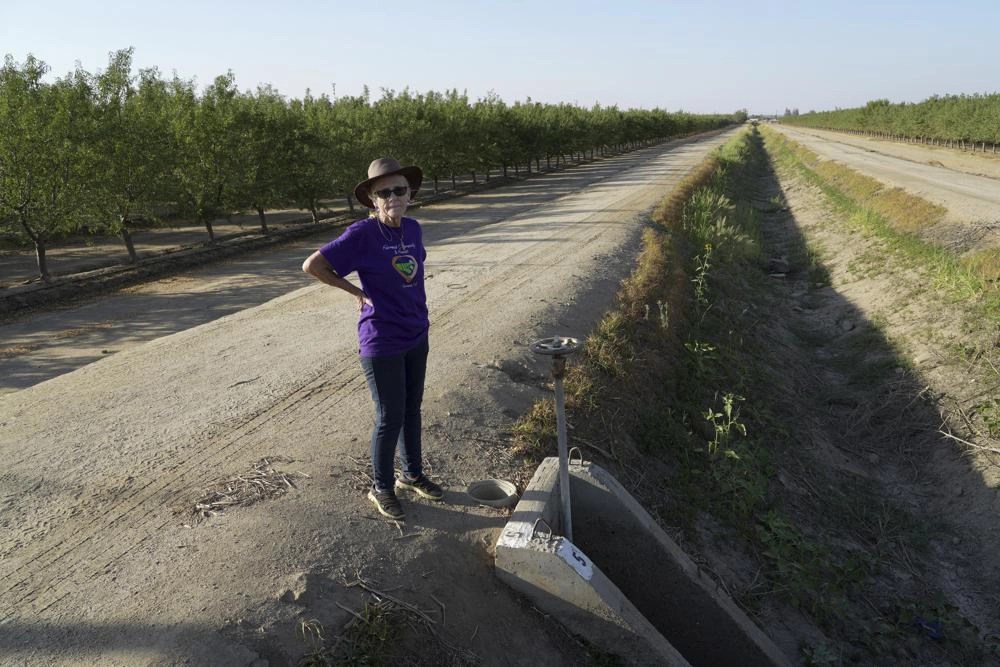 Madera County, north of Fresno, has been particularly hard hit because it relies heavily on groundwater. The county reports about 430 dry wells so far this year.

In recent years, the district has seen an increasing area of ​​almond and pistachio orchards, which are irrigated by agricultural wells whose geysers are deeper than dry, domestic wells.

Americans are very short of water

Residents with dry wells can get help from a state program: Provides bottled water as well as refilled water tanks delivered by trucks. The US government also provides money to replace dry wells, but it takes a long time to get a new well.

However, not everyone gets help.

Thomas Chairez, a local resident, said the house he rents to a family of eight often uses water from a neighbor’s well. But as droughts hit his home for the past two years, his tenants have also lost running water.

Chairez is trying to get the county to provide storage tanks and water delivery. Currently, his tenants have to use cars to go to acquaintances’ houses to ask for water.

“They’re trying to survive” he said.

Demand for well drills is high due to water pump outages throughout the San Joaquin Valley.

Ethan Bowles and his colleagues were recently drilling a new well at a farm in the Madera Ranchos area, where many wells have dried up this year.

Bowles’ company currently has to drill 152m to 183m deep to find stable groundwater for customers, much deeper than the old wells.

“The wells have to go deeper than that” says Bowles. “You have to dig to another aquifer and put the drill bit into different areas of the aquifer so that they can actually provide fresh water to your home“.

In March, Governor Gavin Newsom signed an executive order to slow rampant well drilling over the past few years. The interim measure is to prohibit local authorities from issuing permits for new wells that could harm nearby wells or structures.

The California Institute of Public Policy estimates that about 202,000 hectares of farmland, about 10 percent of the total area currently, will have to cease production within the next two decades due to drought.

Isaya Kisekka, a groundwater expert at the University of California Davis, said: “These communities will be impacted by the water supply and as a result they will lose their jobs. There are a lot of migrations when the land comes in deserted“.

Farmers and residents in the California valley are hoping for help. “Hopefully it will rain more” Chairez said. “We have a great need: Water. We need water, water, water.”