Sri Lanka has failed to avert the worst economic crisis it has faced since independence.

“We’re in a very bad situation. There’s no fuel, no gas, no electricity, no food. We’ve seen signs of the danger of falling to the bottom,” Mr. Wickremesinghe added. the country was unable to buy fuel from abroad, even if paying in cash, because the state-owned petroleum corporation was heavily indebted.

The “gloomy” comments come as the Sri Lankan representative is still trying to find an agreement with the International Monetary Fund (IMF) at its headquarters in Washington to get aid packages. support the faltering economy.

Sri Lanka has now concluded initial discussions with the IMF and exchanged views on public finance, debt sustainability, the banking sector and social security. “We intend to sign a formal level agreement with the IMF by the end of July,” added Prime Minister Wickremesinghe.

Authorities are planning to hold a credit aid conference with friendly countries, including India, Japan and China, so they can apply for more help.

Sri Lanka has failed to avert the worst economic crisis it has faced since independence. Protracted shortages of food, fuel and essentials increase the risk of instability with protests and hamper political stability, which is seen as crucial to helping the country get through the period. challenge.

Meanwhile, on the global legal front, Sri Lanka is also struggling. On June 22, Hamilton Reserve Bank Ltd., which holds $250 million in Sri Lankan international bonds, filed a petition in New York federal court demanding full payment of principal and interest after the The country declared default on its debt last month. This lot of bonds matures on July 25.

The tragic plight of the people of Sri Lanka has been the subject of worldwide attention for months. Currently, the source of foreign currency no longer causes this country, which relies heavily on imports, to face difficulties on all sides. Even medicine is in serious shortage. 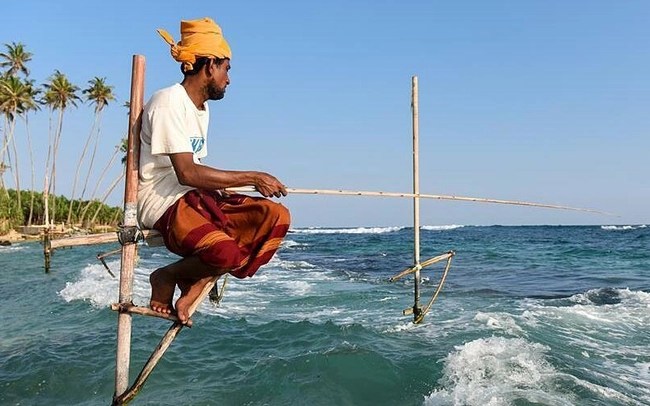 In recent days, Sri Lanka is encouraging people to grow their own plants at home to solve the current difficult problem. The Government even allows employees to take 1 extra day off work a week to plant trees in the garden, solving food shortages.

However, the lack of fertilizer caused agricultural output to decrease. Even with money, buying goods is difficult because no one wants to sell but keep to serve the family’s needs.

Currently, there are India and China as countries that are willing to provide food support for Sri Lanka to overcome the current bad period. Other bailouts are still being negotiated, but it is not clear which gas can help people’s lives in this country.

Alternative lending is winning over customers in Asia