Originating in the Red River Delta and dating back to the 16th century, Chau Van is a type of Vietnamese folk music that is classified as ceremonial music because it is performed in the custom of “len dong” (Vietnamese transliteration). of the East Asian spirit). To be more precise, Chau Van is a type of mantra music, used to hypnotize people estranged from spirits through a combination of religious atmosphere, rhythm and lyrics.

With a skillful combination of ecstatic dance and singing, religious music is widely used to pay tribute to the merits of benevolent gods and worshiped national heroes, who are incarnated by the gods. sacred. While the musical atmosphere of Ca Tru is melodious and pleasant, Chau Van is the opposite, more exciting and sensational with the drum sound and the rhythmic change of the vocalist according to the character’s mood changes and the change of mood. change of image embodied by the media itself. . 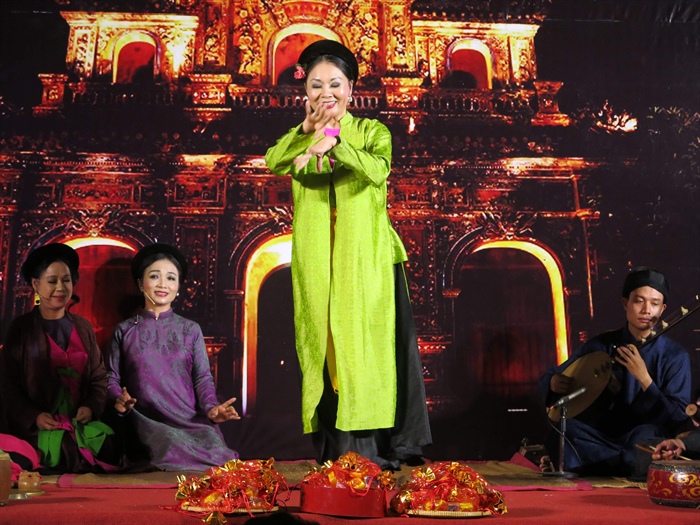 In the Central region, Chau Van is more prosperous than in the North with melodies located in many different pentatonic tones and much more complex rhythms. There is another form of Chau Van, called “con tho”, which is not directly related to the custom of “dong wool” but also to the act of worship with a slower melody, less high contrast and tension. straight. Through Chau Van, not only the beauty of Vietnamese folk music is shown subtly, but also the religious beauty of Vietnamese rituals, customs and habits.