Passports in the world come in 4 colors. Each color can say a lot about that country even though there are no specific rules.

The 4 basic passport colors in the world are red, blue, green and black. There is no strict rule on the color of passports that must be classified by country. However, that does not mean that the passport color of the countries is chosen at random.

“There is no cover color regulation,” confirms Anthony Philbin of the International Civil Aviation Organization, which publishes passport standards for size, format and technology. 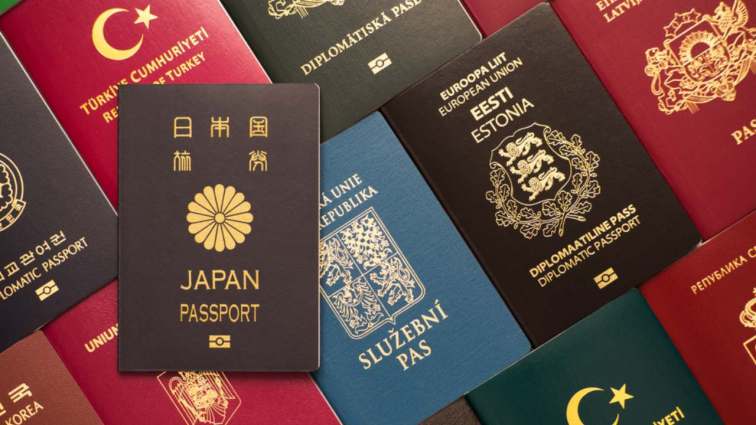 This color is used by the countries of the European Union (EU). Countries wishing to join also change the color of their passports to match. According to The Economist, this is a “branding exercise”.

If you pay attention, you will see that countries in the Andean Community like Peru, Bolivia, Colombia or Ecuador also have a red passport cover.

The customs union of Brazil, Argentina, Paraguya, Uruguay and Venezuela, known as Mercosur, all boast blue passports. With the exception of Venezuela, the country still holds a red passport from its time in the Andean Community.

American passports are blue, inspired by the background of the stars on their flag. According to Boghossian, the first travel documents in America were colored red. Green passports were introduced in the 1930s. This was followed by burgundy and black passports in the 1970s. American passports have been blue since 1976.

This is a common point of countries with the main religion being Islam. The reason is that blue has a special role in their religion. In the Quran, green represents heaven. In addition, this is also said to be the favorite color of the Prophet Mohammed.

In addition, members of ECOWAS – Economic Community of West African States – also use this color for their passports.

In fact, black and dark colors (including blues and reds) are less dirty, looking more “official”. Some black broths include the Republic of Botswana, Zambia and New Zealand.

As for passport color, each person may have their own thoughts. After all, though, passports represent something much larger than geopolitical and economic ties.

Both the US and Syria use blue passports. However, the Syrian passport is at the bottom of the ranking of power passports. Syrian citizens can enter 32 countries visa-free. In contrast, the US is always in the top of the most valuable passports.

“Governments around the world have the freedom to choose colors and designs. Only a few understand how important it is to a country’s brand identity,” emphasized Boghossian.