Consumer electronics and mobile no longer generate much profit for Samsung, so what does the Korean giant plan for the future?

Colley Hwang is the President of Digitimes Asia. He is a leading analyst in the technology industry with over 30 years of experience. He is also the author of many books on technology industry trends and developments such as “Asian Edge: On the Frontline of the ICT World” published in 2019 and “Disconnected ICT Supply Chain: New Power Plays Unfolding” published in 2020.

Recently in Digitimes Asia, Colley Hwang wrote an article about Samsung’s strategic vision for the next decade. Below is a summary of the article.

Is Samsung going up or down? I don’t want to talk about the stock price but about Samsung’s competitiveness.

Not long ago, the boss of an IT company said that Samsung’s memory chip business is shrinking and will be overtaken by Micron. Will this come true or not? Some argue in Samsung’s favor: Samsung is the world leader in terms of technology, production scale, and brand recognition. But the stock price and market capitalization are not equal to other companies in the same sector. They say Samsung deserves better than that.

So which companies are considered “on the same level” as Samsung? Apple, TSMC, and Intel? When compared to these world-class companies, what are Samsung’s strengths and weaknesses? I wouldn’t predict Samsung’s future by intuition. We must first set up a search engine, compare the latest industry information and look for signs of change.

Samsung has excelled in marketing, positioning itself as a premium smartphone, TV, and telecommunications equipment brand. They also provide high-value-added services to promote their global standing and secure business with world-class partners. Samsung bought Harman in 2017 for $8 billion, aiming to strengthen its position in the automotive and multimedia markets.

However, will the Harman deal be successful? Can Samsung – a company with about $ 100 billion in cash make up for the shortfalls with an acquisition campaign? Industry standards and winning formulas have changed. The competition Samsung is facing is no longer the same as it was in the past. Instead, the pressure involved implementing international strategy at the highest level. 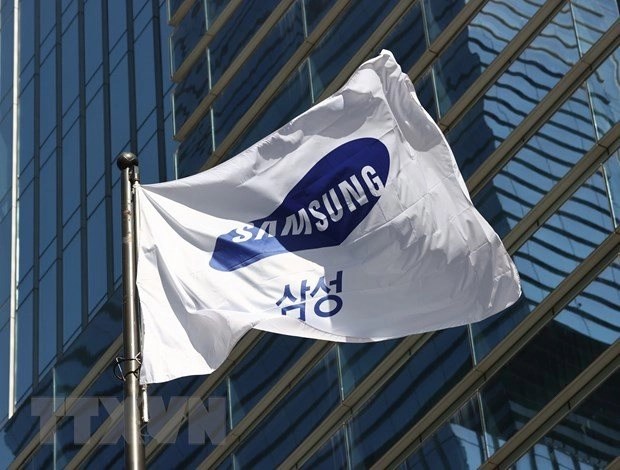 Second, companies think they can rely on smart manufacturing to meet the needs of many products in small quantities supplying the global market. But localized manufacturing and division of labor may become more optimal than smart manufacturing. So how can Samsung, which is accustomed to vertical integration from start to finish, adjust its business strategy?

To understand Samsung Electronics – it is important to look at their business structure. Samsung’s revenue is forecast to reach $240 billion by 2022 – nearly 40% coming from the mobile segment and 30% coming from semiconductors, mainly memory chips.

However, in terms of profit, the memory chip segment accounted for more than 50% while the mobile segment contributed only 22% of the group’s profit. With Samsung chips being the “life” of the group, standard memory is vulnerable to market price fluctuations, making profits volatile.

It is expected that in 2022, System LSI’s revenue will account for more than 9% of the company’s revenue, but this segment’s profit will only account for 3% of the group’s profit in 2021. However, the profit of this segment may Strong growth in 2022 will depend on whether Samsung can secure orders for customers with 3nm technology.

Samsung expects foundry and believes that TSMC and Intel are only competitors to 7nm and that many chip manufacturers hope to have a second supply besides TSMC. So even if Samsung can’t beat TSMC, this segment’s revenue is still good for the Korean company.

However, orders for advanced chip manufacturing are very different from electronics manufacturing. If there is no breakthrough in the production of advanced chips, and if the devices and memory chip products may not generate good profits, Samsung will surely find it difficult to catch up with TSMC. TSMC has received more than $30 billion in prepayments from customers for 2023 alone so it can really just sit back and watch changes in the semiconductor market as Samsung’s foundry comes under pressure. 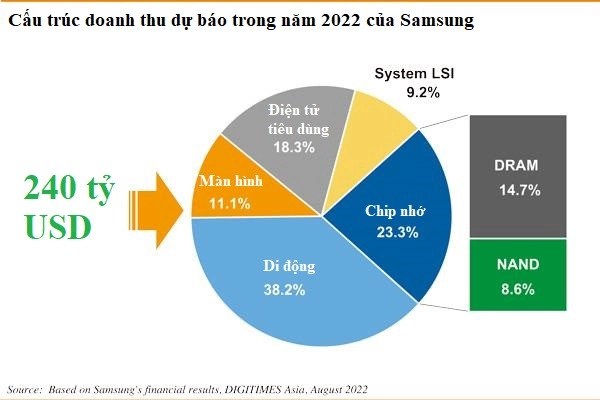 In terms of sales, Samsung’s handset business is currently number one in the world, but Samsung’s handset sales have stagnated in recent years. The handset business, which once contributed more than half of the company’s profits, now generates just under 20% of the profits. Samsung hopes that increased phone sales can be leveraged to sell its components, but this may not be as desired.

For a long time, Korean media often reported that Samsung’s annual sales of handsets would reach 300 million units, but in recent years production has been around 270 million units. Low-end and mid-range phones have both captured a certain percentage of Samsung’s total handset sales. However, for Samsung, whose annual revenue is up to 240 billion USD, making low- and mid-range phones makes almost no sense. Samsung is increasing its outsourcing rate.

But, Samsung’s gesture of goodwill was not well received. In the Chinese market, Samsung’s handsets are subject to fierce competition from local brands. Samsung’s current handset market share in China is less than 1%, which is why Samsung is now more active in setting up production lines in Vietnam and India. For TVs and other consumer electronics, the share of revenue is not low (18.3%). Samsung has repeatedly emphasized that its TVs have been at the top of the world for 16 consecutive years; In high-end TVs over 55 inches, Samsung holds more than half of the global market share. But the consumer electronics division has been in the doldrums for a long time, contributing only about 4% of the company’s overall profits.

Regarding the visible business structure, the consumer electronics segment doesn’t make much sense, the handset division is unlikely to see growth, and the standard memory business is prone to fluctuations in the economy. Therefore, it is completely reasonable for Samsung to bet on System LSI, but a big hurdle is in front of them which is TSMC. It will be much more difficult than people imagine for Samsung to surpass TSMC.