As reported by SamMobile, Samsung is working on new technology to make fingerprint sensors more secure. An innovation that Samsung is said to be testing and will apply in 2025, is the replacement of the small sensor to read a fingerprint with a large sensor that can scan multiple fingers at the same time.

Dieter May, CEO of ISORG – a company specializing in manufacturing fingerprint sensors for smartphones, recently revealed in an interview that Samsung may soon apply the improved technology to OLED screens.

Samsung also revealed a new technology that will be called an All-in-One sensor, which will be fitted to next-generation 2.0 OLED panels. Using three fingerprints simultaneously to identify smartphone users, can increase security by 2.5×10^9 (or 2,500,000,000) times compared to using one fingerprint. The idea is to use the entire screen to scan three fingers at the same time.

Dieter May added that Samsung is expected to be the first smartphone manufacturer to offer the world’s most secure and secure fingerprint sensor feature. Meanwhile, he doesn’t expect Apple to get involved, as the new iPhone models are all using the Face ID facial sensor. 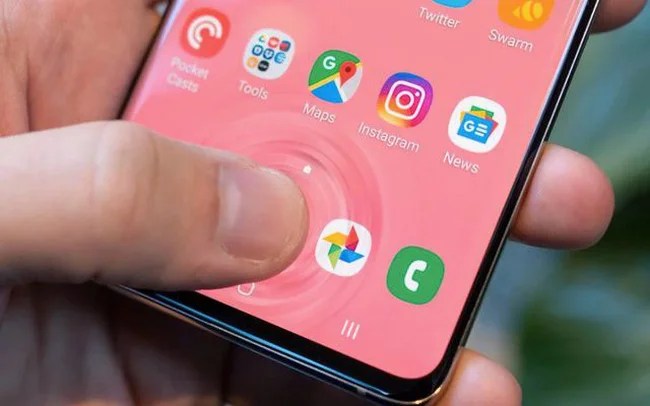 Before that, Apple spent $ 356 million to acquire biometrics company AuthenTec in 2012. A year later, the iPhone 5S became the first iPhone with Touch ID. But after the launch of the iPhone X with a notch design and the removal of the traditional Home button, the Touch ID fingerprint sensor was also replaced by the Face ID face sensor.

READ MORE:  Vietnam-based proptech startup is seeking to raise $50 million in Series B