Quan ho is a genre of Vietnamese folk music, often performed during spring festivals in Northern Vietnam. Bac Ninh province is home to traditional music first recorded in the 13th century and officially recognized by UNESCO as an Intangible Cultural Heritage in 2009. Characterized by meaningful lyrics, folk beauty of music and performance. 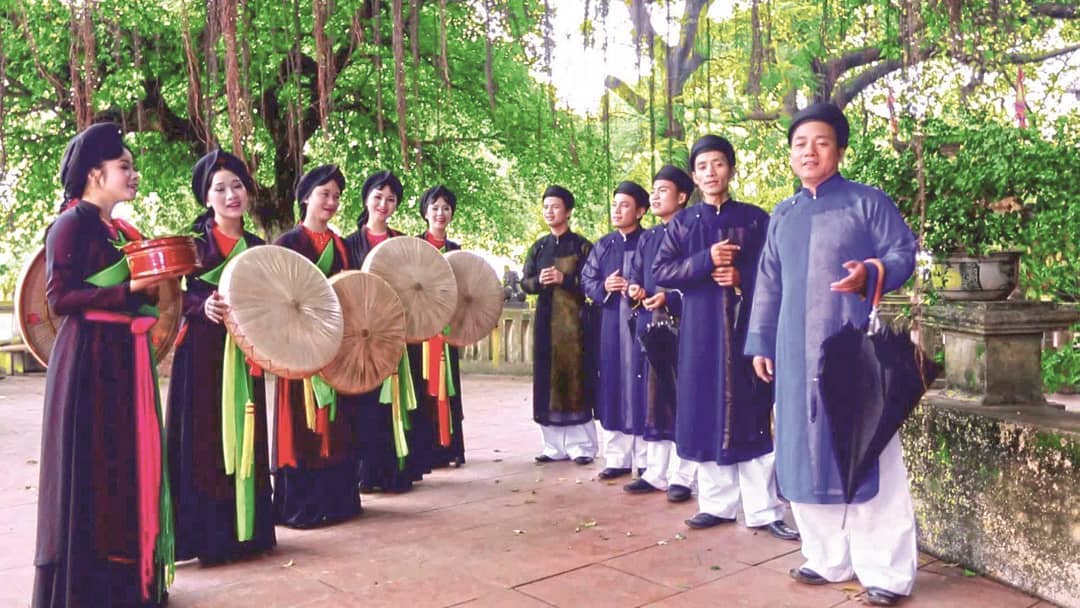 Groups of female and male singers alternately sing to each other; When one team presents musical challenges, the other team must respond in the same way. Most of the lyrics revolve around themes related to love and emotional desires of young people. There are few forms of cultural activities that put men and women on an equal footing like Quan Ho; young people are free to communicate and express their feelings to each other and more importantly, the lyrics convey their emphasis on sincere feelings rather than money or social status in a relationship. love system.

Quan ho seems to be more of a game than folk music as teams of singers compete with each other by matching lyrics and melodies to deliver great performances to the audience. The melodies as well as the lyrics are so beautiful and poetic that the appearance of musical instruments is sometimes numerous; The musical message itself is enough.