On 14/12/2022, at the ASEAN-EU Summit, it was announced that the Government of Viet Nam will pursue an ambitious national effort under a Just Energy Transition Partnership (JETP) to ramp up renewable energy and accelerate the phasing down of fossil fuels, alongside investment in transition-aligned jobs and industries of the future. Prudential is honored to have been announced alongside other private sector partners on the working group to support the IPG Governments, led by the EU and UK, and the Government of Viet Nam in this endeavor. The finance community has an important role to play in Viet Nam’s sustainable development and both Prudential and Eastspring will look forward to supporting international and local partners bringing expertise from the insurance and asset management sectors in the group.

Mr. Mark FitzPatrick, CEO, Prudential Plc: “As the first foreign insurer in Vietnam, over the past thirty years, we have been a proud partner on the country’s financial sector development deepening the capital market, ensuring Vietnamese families, and building resilience in the economy. In recent years, both our asset manager and insurance businesses have been working with Vietnamese policy and regulatory partners on the question of sustainability, and we are therefore thrilled to represent our sector on the JETP Working Group. A just and inclusive transition to net zero is of critical importance across Asia and we believe that the financial community has an important role to play. We will therefore look forward to supporting the Vietnamese and the IPG government partners, along with other financial institutions in Vietnam to realize their own vision of a just transition.”

READ MORE:  What we know so far about a trio of battery-electric SUVs by Vinfast 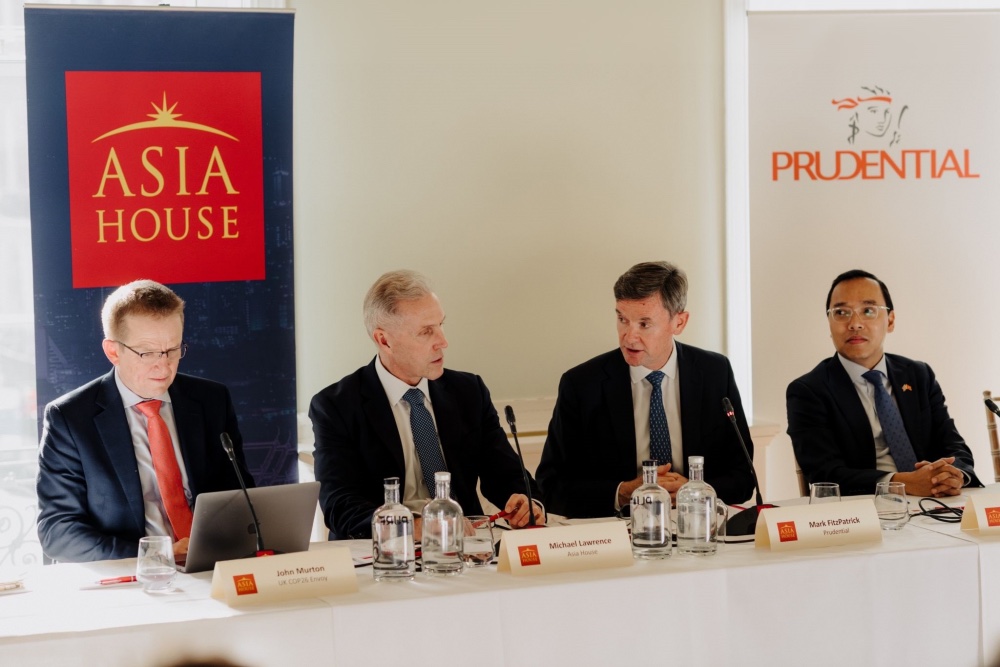 Mr. Phuong Tien Minh, CEO of Prudential Vietnam shared about the partnership: “As a life insurer, asset owner and manager, we are interested in sustainable long-term development of Vietnam market and our approach to the just and inclusive transition focuses on making sure the local market stand ready to response the global energy transition. The Just Energy Transition Partnership (JETP), which was approved on December 14, is viewed as a significant step for Vietnam’s transition to a green economy.  Financing the transition requires a large-scale and cohesive input from both the Vietnamese government, local and international partners, so we are pride to be an official partner of this partnership to help Vietnam deliver on its ambitious 2050 ‘net zero’ commitment”.

Before that, on 26/10/2022, Prudential has released a white paper outlining the case for a just and inclusive transition to a low-carbon economy, and its place in meeting the Paris Agreement.

The paper highlights the importance that Prudential places on ensuring the transition to a low-carbon economy is a just and inclusive one, and explores case studies and further actions required, both from Prudential and the wider market. Prudential has hosted a policy roundtable at Asia House in London while launching the paper with the participation of Prudential Group’s CEO and HE Mr. Nguyen Hoang Long, the Ambassador Extraordinary and Plenipotentiary of Viet Nam to the United Kingdom and Ireland. The Ambassador emphasized Vietnam’s desire and determination in transforming the entire economy to a low carbon one, even though it is not easy to deliver at all.