Nearly 90% of new supply and megacities flock to the East of Hanoi in the last months of the year, making this area the focus of Hanoi’s real estate market. However, what investors are interested in is whether real estate in the East may have waves in the near future.

15 years of real estate investment, sharing with us Ms. Pham Thi Hoa (Hanoi) said that over the past time, the real estate market in the East has been constantly fluctuating and witnessed unprecedented local fevers. “Especially, since the appearance of megacities with an area of ​​up to thousands of hectares, the East has turned from a neglected land into a new growth pole of Hanoi’s real estate” said Ms. Hoa.

As a seasoned person with real estate in Hanoi, Mr. Vu Cuong Quyet – General Director of Dat Xanh Mien Bac also has to admit that in the past 3 years, real estate in the East has grown so rapidly that it is unbelievable. In particular, there were times when prices in many areas doubled or tripled. 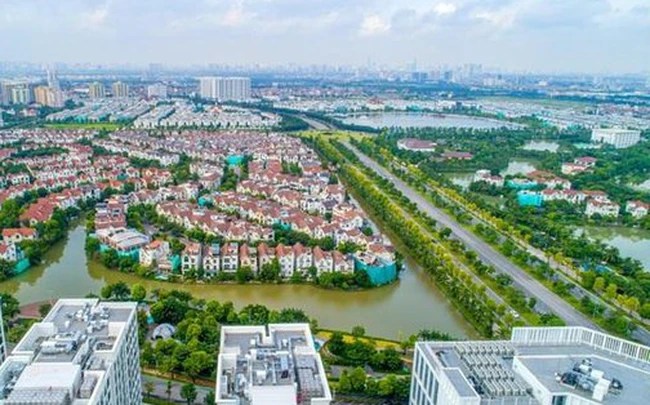 Not only land plots, the selling price of other types of real estate in the East such as shophouses, apartments, villas, townhouses, … also continuously set up new premises. Villas in Vinhomes Riverside so far have increased several times compared to the original price, currently reaching an average of 300 million / m2, with apartments up to 400 million VND / m2, more expensive than the plots of land in many main streets of Hanoi. Villas, townhouses, shophouses at Vinhomes Ocean Park 1 open for sale from 2018 to 2021 have also increased 2-3 times.

Explaining the strong development of the real estate market in the East of Hanoi, experts said the strong improvement in infrastructure and the formation of large-scale real estate projects in both area and size. Utilities are creating an urban appearance in the East. This is also the reason why only in the past 3 years, real estate in the East has witnessed a strong breakthrough of the “giants” in the industry such as Vinhomes, Ecopark and new entrants such as Masterise, Sunshine, etc.

Along with that, investors also began to realize that the East area has the same potential as other areas because it is very close to the central area, less than 3km from the central district of Hoan Kiem. Since then, increasing the attractiveness of people moving from the central area to this area, as well as attracting more demand from the neighboring provinces of Hanoi.

The breakthrough of the real estate market in the East of Hanoi is clear, especially the planning of the Red River subdivision is forecasted to create a shift in the real estate market to the east of Hanoi. However, many investors are interested in whether the price of this area will continue to increase in the near future and whether there are still opportunities for investors.

According to experts, the real estate market always follows the rules, wherever the infrastructure develops, real estate prices increase. Although the infrastructure of the East has now formed a connection chain from the bridges across the river to the Hanoi highway to the northern provinces and the herringbone axes, this area still continues to have new growth poles.

Typically, Vinh Tuy 2 bridge crossing the Red River is now 70% complete. In the next 5 years, many new bridges such as Tran Hung Dao Bridge and Me So Bridge will be completed, creating a smooth connection from Ring 1 – Ring 2 – Ring 3.5 to the East area. The bridges that are formed will pull near the East area to the center of Hanoi, promoting the development of the two banks of the Red River, and driving the growth of real estate prices here.

According to Savills, once the bridges are built, the planning on both sides of the Red River will be implemented, and the urban appearance of the eastern area will be more spacious and beautiful. Thereby increasing the attractiveness of people moving from the inner city to this area as well as attracting more demand from the provinces that approach Hanoi from the East. Real estate prices at that time will also increase with the wave of migration to the East.

However, experts believe that real estate prices in the East will move sustainably according to infrastructure and population growth, and it is difficult to increase as hot as in the past period. For residential properties, prices will grow strongly after the completion when living facilities, schools, and hospitals are completed. With complete transport and social infrastructure, these megacities will pull people from the old center of Hanoi and people from suburban provinces to live, forming new development areas.

Giving advice to investors at this time, experts believe that real estate should only be purchased in fully legal projects, which are synchronously planned because these are real estate with great living value get a raise. When completed, these urban areas will be the “magnet” pulling the wave of immigrants to Hanoi. Along with that, investors need to determine sustainable investment in the medium term from 3-5 years because surfing is no longer effective in the current market.