Once hailed as a symbol of peace between the two Koreas, the once popular hotel in the mountain resort of Kumgang is being dismantled.

Mount Kumgang or “Diamond” mountain is a place to preserve rare reunion moments of families separated in the two Koreas after years of separation.

However, recently, according to an official from the Ministry of Unification of Korea, dismantling operations at many locations are taking place on Mount Kumgang, including the Haegumgang floating hotel, formerly known as the Four Seasons Barrier Reef Resort, the product of the passion of Doug Tarca, a professional diver and businessman of Italian descent living in Townsville, on the northeast coast of Queensland, Australia. The hotel was officially put into operation in 1988. Photo: CNN

The hotel officially came into operation on March 9, 1988. However, just a year later, Four Seasons Barrier Reef Resort could not hold out because of high operating costs and few visitors.

In 1989, this floating hotel started its journey of more than 5,400 km to Vietnam and was later renamed “Saigon Hotel” or “The Floater”. By 1998, The Floater also fell into financial exhaustion and was forced to close. 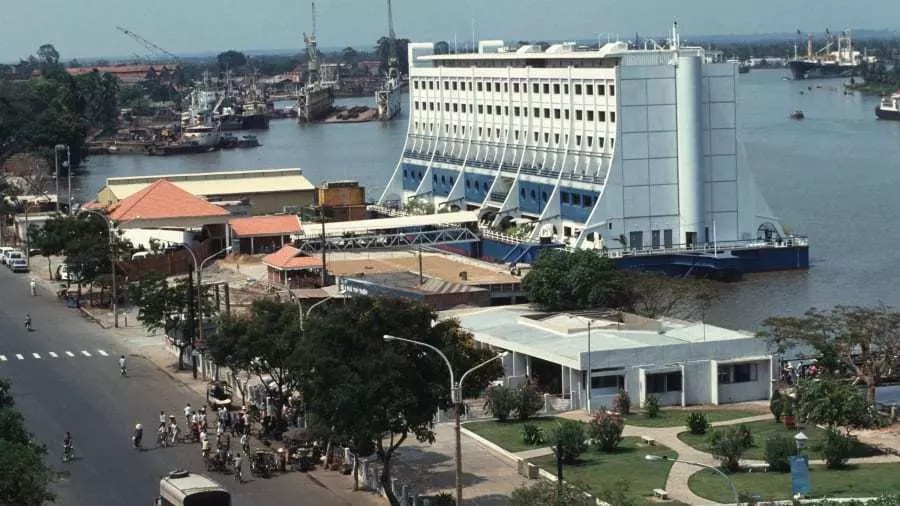 This hotel was later moved to Vietnam and located right on the banks of the Saigon River. Photo: CNN

But instead of being dismantled, it was bought by North Korea to develop tourism in the Kumgang mountains, a scenic spot near the border with South Korea. Korean management company named Hyundai Asan opened this hotel in October 2000.

READ MORE:  Here’s what you should know about the contest of “Vietnamese women and craft villages” 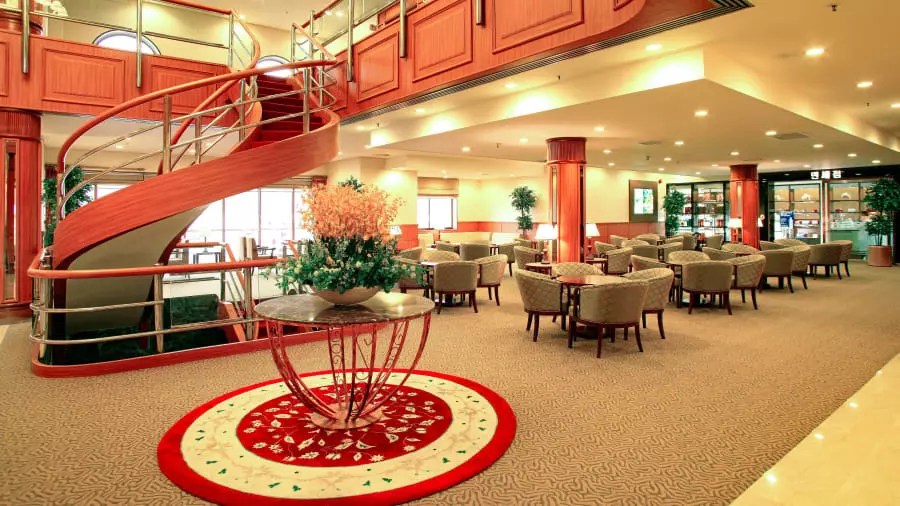 This is considered a ‘reunification center’ for families separated from the two regions. Photo: CNN

In 2008, a North Korean soldier shot dead a 53-year-old South Korean woman after she strayed outside the boundaries of the Kumgang mountain tourist area and entered the territory of a military zone. As a result, Hyundai Asan was forced to stop all tourist services as well as close the Haegumgang hotel. 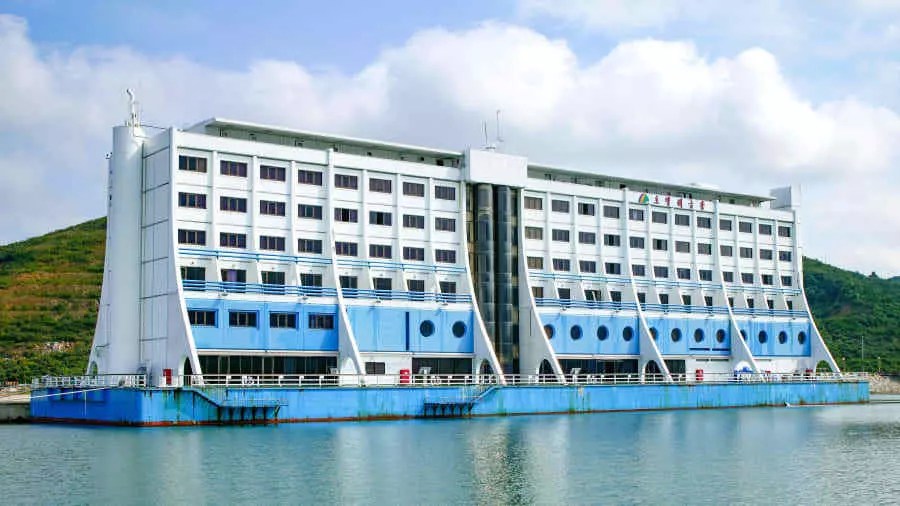 This hotel’s third itinerary is a seaport in the Kumgang mountains of North Korea. Photo: CNN

In 2019, North Korean leader Kim Jong-Un visited the Mount Kumgang tourist area and criticized the deterioration of facilities here, including the Haegumgang Hotel. He ordered the demolition of many buildings to implement new reconstruction plans.

By April of this year, the first moves to demolish this work have taken place and continue to the present time.