New US Ambassador to Vietnam arrived in Vietnam

Marc Knapper, the new US Ambassador to Vietnam arrived in Hanoi on January 27, with him and his family now undergoing quarantine, the official Facebook page of the US Embassy in Hanoi posted.

“My family and I arrived safely last night and are now starting quarantine. We can’t wait to meet with our Vietnamese friends and partners soon!” said the US diplomat.

The US Senate on December 18, 2021, approved a flurry of President Joe Biden’s nominations for overseas diplomatic posts, including Marc Knapper who was named as the US Ambassador to Vietnam.

Marc Knapper, a member of the Senior Foreign Service of the US Department of State, has served as Deputy Assistant Secretary for the Republic of Korea and Japan since August, 2018. 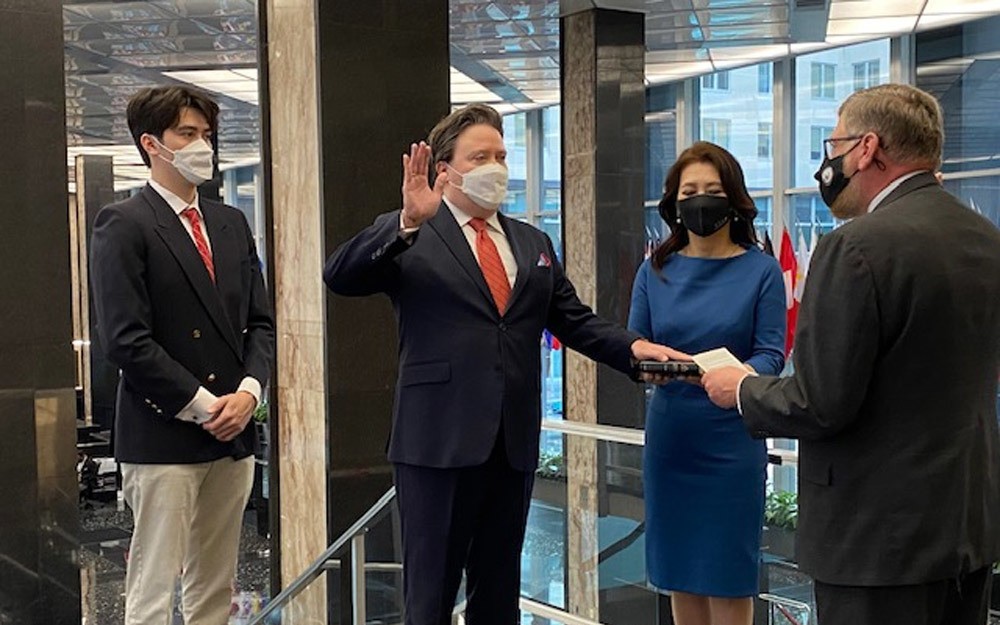 Marc Knapper on January 4 was sworn in as the new US Ambassador to Vietnam during a ceremony held at the headquarters of the US Department of State.

Prior to taking on the post, he was in Seoul as Chargé d’Affaires from 2017 to 2018 and Deputy Chief of Mission from 2015 to 2016.  Earlier assignments include Director for India Affairs, Director for Japanese Affairs, and multiple postings in Tokyo, Seoul, Hanoi, and Baghdad.

The diplomat has twice worked in the Democratic People’s Republic of Korea, including in 1997 as the State Department representative to the Spent Fuel Team at the Yongbyon nuclear facility and in 2000 as a member of the advance team for then-Secretary of State Madeleine Albright’s visit to Pyongyang.

This is along with time at the Army War College and the Massachusetts Institute of Technology’s Seminar XXI program, with Ambassador  Knapper able to speak Korean, Japanese, and Vietnamese.