A summer of extreme heat and drought around the world alarms the urgent problem of water scarcity. This situation will get worse with climate change. According to the World Health Organization (WHO), more than 2 billion people around the world have difficulty accessing clean water. 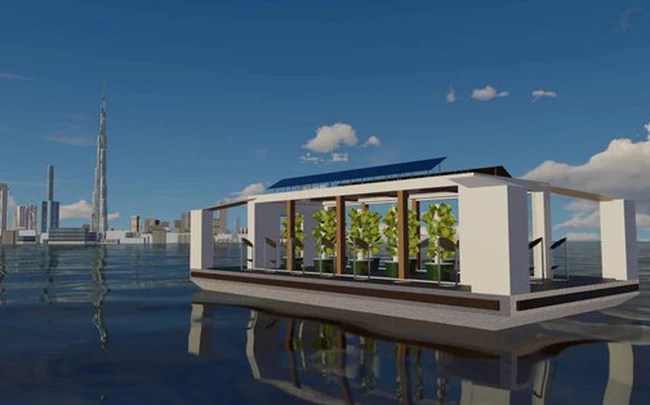 But such plants are still largely fossil fuel-based, and energy-intensive, and the process produces extremely salty wastewater called brine. This can harm marine ecosystems and animals when the brine is released back into the sea.

That’s why a number of startups and researchers are updating centuries-old solar technology. This technology uses only sunlight to filter water. While the technology will take a long time to produce as much clean water as desalination plants, it still proves valuable to coastal communities. 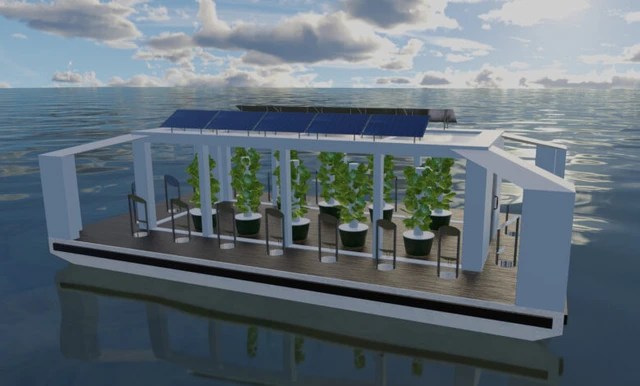 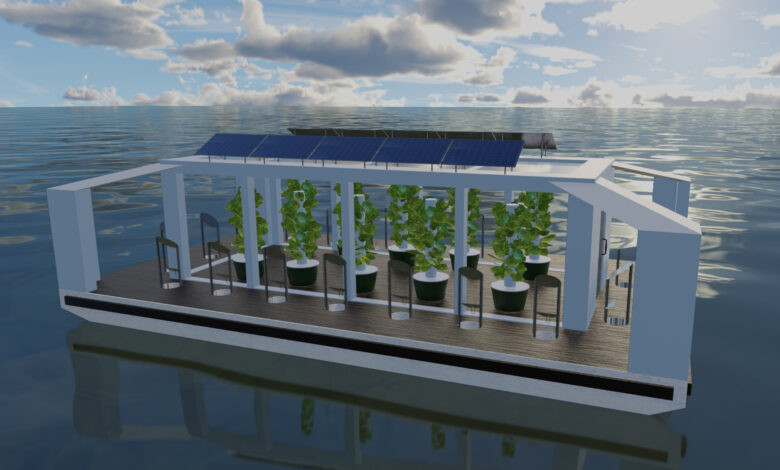 Abu Dhabi-based startup Manhat was founded in 2019 and is currently developing a floating device that can distill water without electricity or release salt water. The device consists of a greenhouse floating on the sea surface. Sunlight heats and evaporates the water underneath this greenhouse, separating the steam from the salt crystals in the sea. As the temperature drops, the water vapor condenses into fresh water and is collected.

“It really resembles the natural cycle of water,” said Dr. Saeed Alhassan Alkhazraji, founder of the company and an associate professor at Abu Dhabi’s Khalifa University. He says that solar evaporation has long been used for freshwater purposes, but normally the water is poured into a covered basin where, once the water has evaporated, the salt is left behind.

Unlike traditional solar-powered distillers, Manhat’s device floats in the ocean, drawing water directly from the sea. The salt doesn’t pile up in the device, says Alhassan, and the beveled water-collecting tubes prevent water droplets from evaporating.

Earlier this year, Manhat’s patented technology won the Water Europe Innovation award for small and medium-sized businesses with groundbreaking solutions in the water sector. The technology the company has created is highly regarded for its ability to produce fresh water with “zero carbon emissions and zero salt water emissions”.

The startup plans to equip its technology with floating farms. These farms will use salt scrubbers to provide fresh water for crop irrigation without the need for water transport and associated emissions.

This would benefit arid coastal areas, where there are a lot of arable lands, Alhassan said. “If you produce fresh water on the surface of the sea and use it for agriculture, you can effectively regenerate arable land,” he said. He added that the technology could work well for countries like the Maldives, where there is little land to build desalination plants.

Other companies are also improving their solar water distilleries. In 2020, researchers at the Massachusetts Institute of Technology (MIT) developed a free-floating desalination device that includes a device that can reuse the heat generated when water vapor condenses, increasing efficiency.

While field trials are ongoing, the technology is touted as a solution “capable of serving arid coastal areas off-grid to provide an efficient, low-cost source of water.”

The researchers suggest that it could be designed as a floating panel in the sea, providing fresh water through pipelines to shore, or it could serve a single household by placing it above a seawater pool. 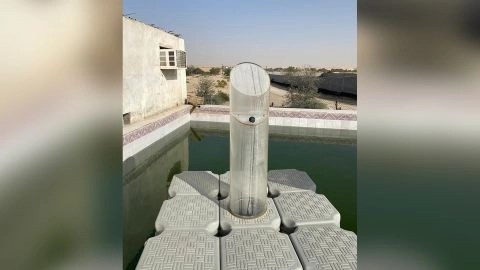 READ MORE:  A man was caught growing eight kilograms of cannabis at home

But he cautions that desalination requires a steady supply of water. Therefore, seasonal or daily variation in performance can affect the ability to meet minimum production requirements.

A more significant challenge for this type of technology is scale. “One downside is that their intrinsic effectiveness is very low,” says Townsend. He added that the device takes up a lot of space while the amount of water generated is not much.

Alhassan says Manhat is working to increase this volume to 5 liters by optimizing materials and design. Their long-term goal is to reach at least 20 liters. The startup has raised $130,000 in funding so far, mainly through a partnership with Abu Dhabi Ports, but with increased investment, he is confident he can achieve his goals.

Despite the challenges, Alhassan believes that water harvested from the sun will one day become an important source of fresh water. “We have to accept that seawater must play an important role in the supply of fresh water,” he said. But we need a solution to reduce CO2 emissions and completely eliminate salt water.”